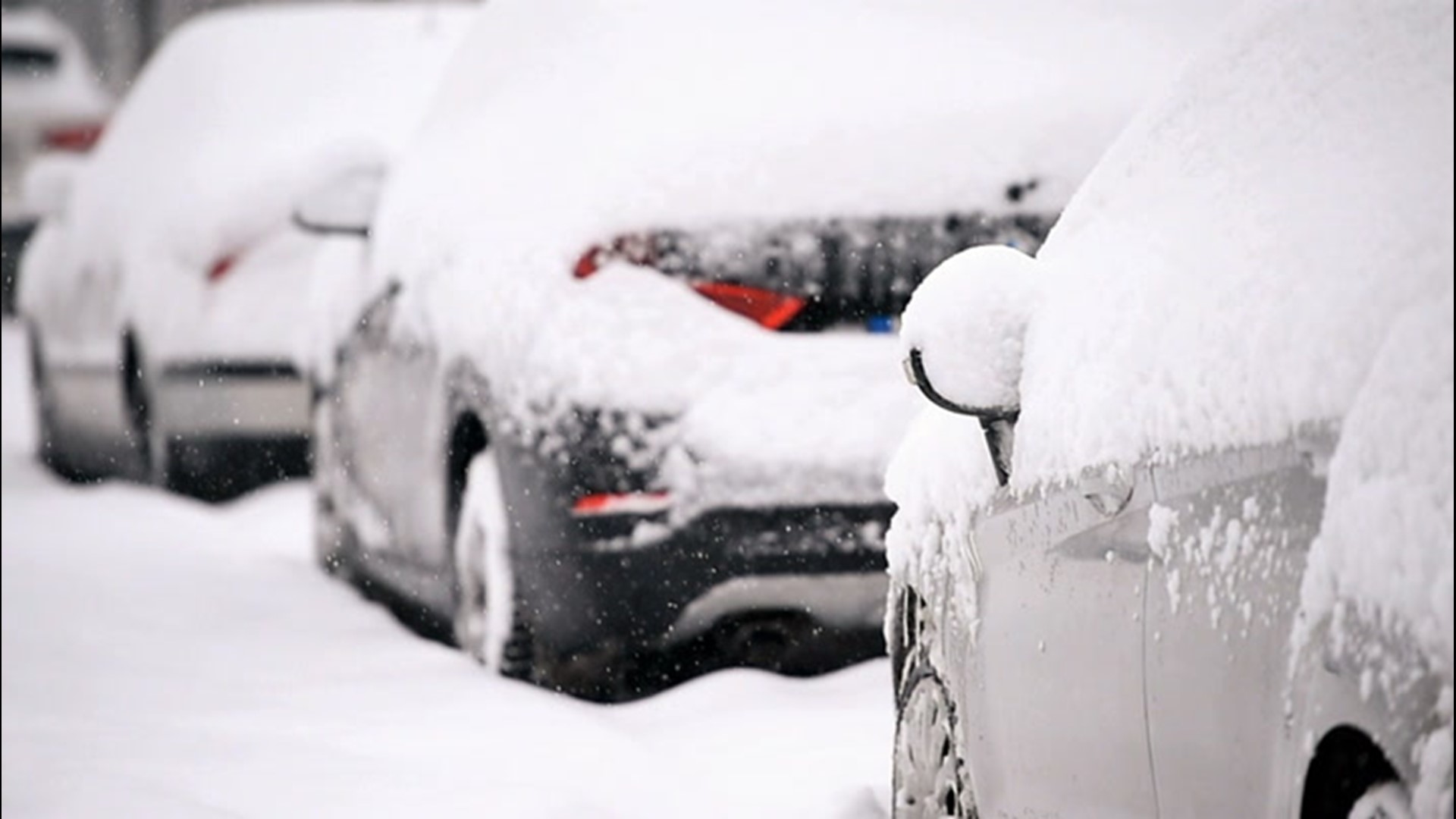 The same weather system that delivered heavy snow to portions of Arizona kept emergency management personnel busy throughout Monday as the massive winter storm dumped more than a foot of snow in some locations, contributing to power outages and hazardous traveling conditions as the storm moved eastward across the United States.

Troopers in Nebraska performed more than 60 motorist assists and responded to a handful of crashes by noon on Monday. By 9 p.m., the number of motorist assists they had performed escalated to 313, and they tallied at least 28 crashes. A jackknifed semi-truck was reported at mile marker 397 westbound on Interstate 80 in the state as well as numerous slide-offs in other areas along the interstate.

Poor driving conditions were reported across most of east, southeast, and south-central Nebraska as snowfall totals began to mount.

Despite all the snow, the storm wasn't finished. By 6 a.m. Tuesday morning, Omaha had recorded 12.5 inches from the storm.

"This is historic snow," National Weather Service meteorologist Taylor Nicolaisen, who is based near Omaha, told The Associated Press. He added that it had been at least 15 years since the area from York, Nebraska, to Des Moines, Iowa, had received more than a foot of snow from a single storm.

Lincoln, Nebraska, had 14.8 inches of snowfall by Tuesday morning, landing it in the record books as the second biggest two-day event since 1948 when record-keeping began.

The report of 8.8 inches in Hastings smashed a 71-year-old daily snowfall record for the city, surpassing the 4 inches of snowfall on Jan. 25, 1950, with over twice the amount of snowfall.

This heavy snowfall was also the culprit behind thousands of power outages in the north. Outages quickly started ramping up in the late evening hours Monday night as the weather continued to deteriorate. More than 16,000 customers were left in the dark in Indiana by 9:30 p.m. EDT, according to PowerOutage.us.

As the storm carved its path northeastward, Chicago recorded 3 inches of snowfall by Tuesday morning.

"From here on out, the snow for the Great Lakes and Northeast will generally be in the 3-6 (inches) range with locally a few higher amounts," AccuWeather Meteorologist Mary Gilbert said. "The potential for snow totals in excess of a foot is basically stuck in eastern Nebraska and central Iowa where snow is winding down."

Ice also started building on the warmer side of the storm where freezing rain occurred with Lincoln, Illinois; and Ligonier, Indiana; receiving 0.20 of an inch; and Bloomery, West Virginia, receiving 0.25 of an inch of ice as of Tuesday morning.

Gilbert said that an amount of "0.20 to 0.25 inches is really the point where things start to get dicey during an ice event." She added, "Ice has glazed over sidewalks and roads, leading to falls and spin-outs. Ice can also begin to weigh down trees and power lines."

Despite some places having record-breaking snowfall totals, other areas, such as St. Louis, were left with a noticeable lack of flakes. The St. Louis Lambert International Airport in St. Louis, Missouri, has only recorded 1 inch of snowfall so far this year, according to the National Weather Service. That total ranks as the 9th-lowest of all-time through Jan. 25.