The smoke became very noticeable in the Twin Cities shortly after rush hour. 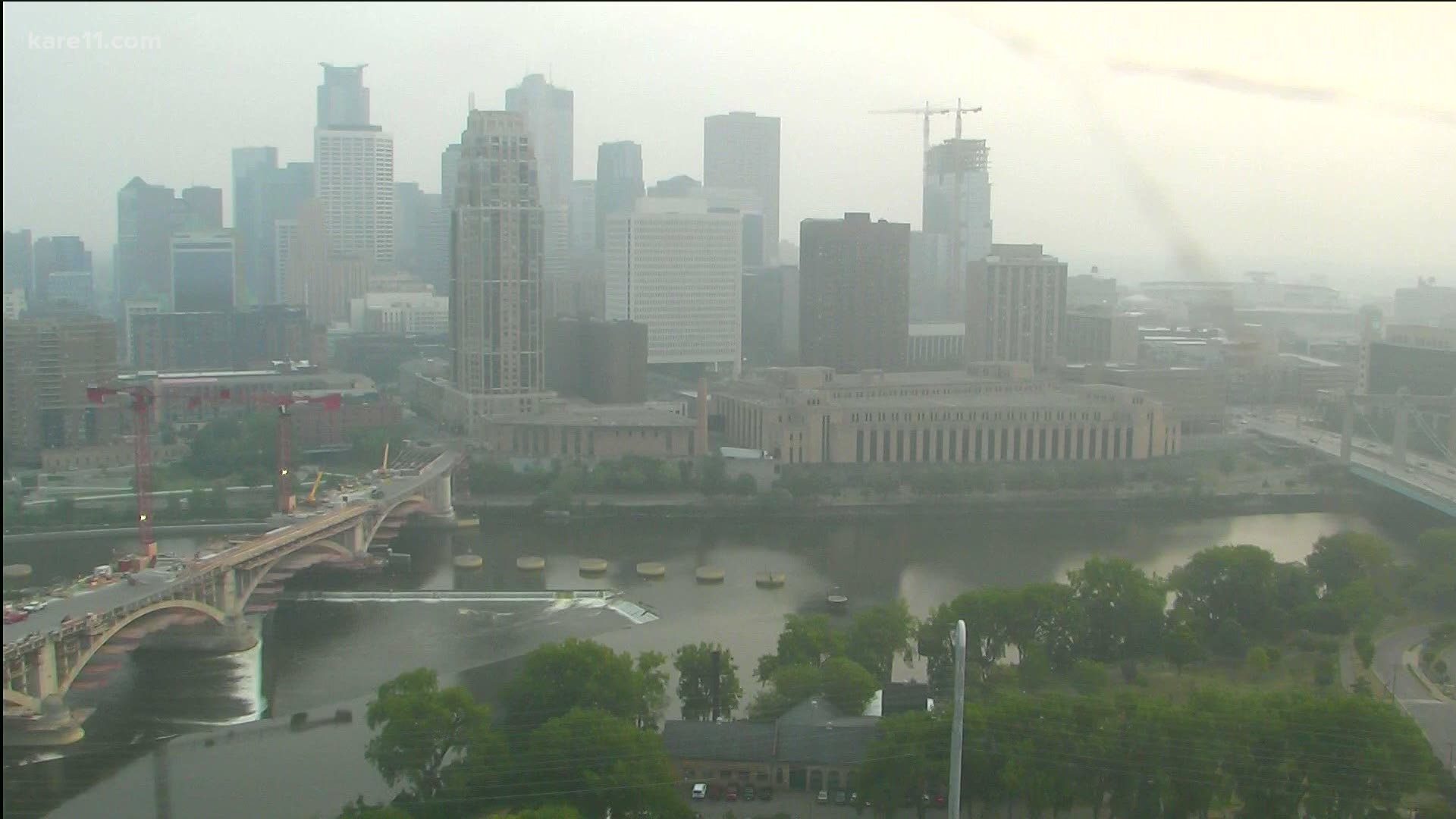 GOLDEN VALLEY, Minn. — The hazy sunset cast a mystery over Tuesday night's intramural volleyball games in the West Metro, as players wondered why exactly smoke was filling the air around them.

"Just trying to figure out where the haze is coming from," Isaac Wu said in the parking lot after finishing a game. "There is a nice halo around the sun right now."

The sights and smells were hard to miss.

"The last few days, it's been bad up in Northern Minnesota, and I think now, we're just starting to see the poor air quality in the Twin Cities," Dery said, "because that northerly wind is finally pulling that smoke down in our direction."

An air quality alert now covers most of Minnesota, lasting until Thursday morning.

As of 8 p.m. Tuesday, the Minnesota Pollution Control Agency recorded the Twin Cities at 170 in the "particles" category, landing it solidly in the "unhealthy" designation.

In Brainerd, those levels stood at 218, considered "very unhealthy." Photos sent to KARE 11 showed smoke hovering over trees and making for a unique scene at Gull Lake.

Air quality has reached unhealthy levels in the Twin Cities, joining most of central and northern parts of the state per @mpca_aqi. pic.twitter.com/ueenwTKD3W

"You know what it feels like to stand next to a campfire; it's very unpleasant to breathe in that smoke. That's essentially what it is," Dery said. "I've been seeing levels up near the Brainerd area that I can't remember seeing that high."

In the Twin Cities, the haze was the talk of the intramural sports scene.

But the games played on.

"Well, maybe I didn't jump as high as I wanted to," Wu said. "But, other than that, we had a great time out there."

For people with certain health conditions or over certain ages, though, the poor air quality can be a serious issue.

Here's what the MPCA posted as a warning:

"There are people who are more likely to be affected when fine particle pollution reaches an unhealthy level.

-- People who have asthma or other breathing conditions like chronic obstructive pulmonary disease (COPD).

-- People who have heart disease or high blood pressure.

-- People of all ages who are doing extended or heavy, physical activity like playing sports or working outdoors.

Air pollution can aggravate heart and cardiovascular disease as well as lung diseases like asthma and COPD. When the air quality is unhealthy, people with these conditions may experience symptoms like chest pain, shortness of breath, wheezing, coughing, or fatigue. If you are experiencing any of these symptoms, use your inhalers as directed and contact your health care provider."