The Isanti County Sheriff's office says it is not even close to being safe to venture out on the ice. 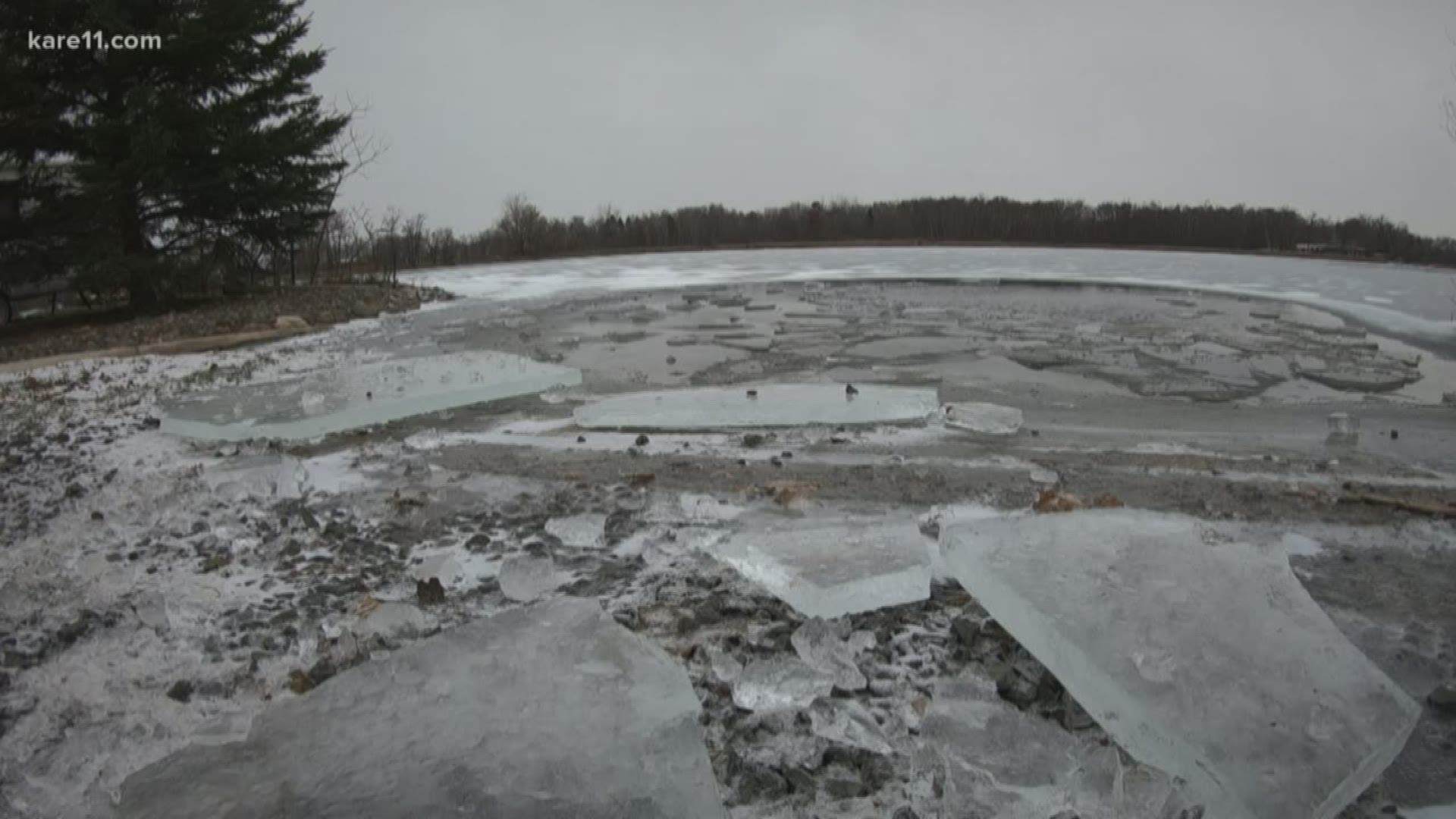 Winter is no longer coming, it seems to be already here.

"Now it's so cold out it's like January temperatures," said Pat Alfredson.

Both have lived near Cambridge along Lake Skogman for more than a decade and they have never seen the lake covered in ice this early.

"End of November yes, early November no," said Thul. "Made a comment yesterday, I bet you we'll see somebody out on the ice trying to fish."

Sure enough somebody did venture out on the ice Saturday.

"Yeah bad idea to go out there," said Alfredson.

The Isanti County Sheriff's office posted on Twitter saying a man fell through the ice at Lake Skogman as he was trying to ice fish. Fortunately, deputies say he made it out okay.

They are using the opportunity to warn people it is not even close to being safe to venture out on the ice.

According to the Minnesota Department of Natural Resources (DNR) if ice is less than 4 inches thick you should stay off. They have more information you can use on ice thickness on their website.

Meanwhile Scott says he will keep his eyes on his two dogs, and won't venture out himself until winter is officially here.