As we wrap up Explore with Sven week, we're bringing it home to Minnesota. 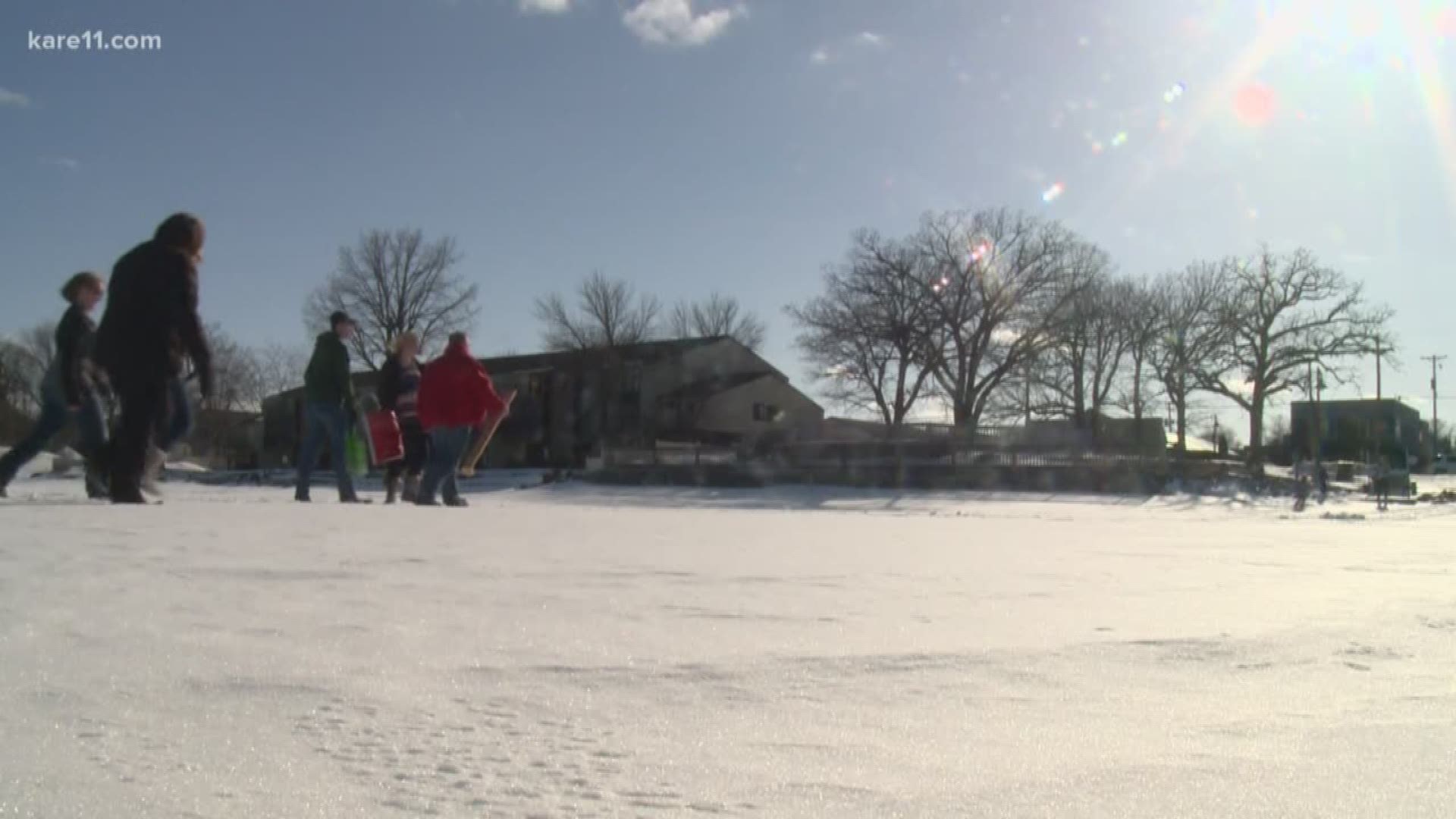 GOLDEN VALLEY, Minn. - This week, we traveled back in time to the ice age, to the current ice covered landscape of the arctic and to the tip of Africa nearly 10,000 miles south where some of our last big animals are endangered.

As we wrap up Explore with Sven week, we're bringing it home to Minnesota.

Dr. Mark Seeley from the University of Minnesota says Minnesota is experiencing climate change in a big way this season.

“Of course being the time of year it is now its appropriate to talk about the loss of winter or the shrinkage of winter.” Seeley said. “But now- we’re into the situation where we’re at least losing the historical characteristics of winter."

Seeley said that losing the sustained long-term snow cover season brings the loss of winter activities, such as ice fishing. This is because ice and snow can't compact as well in a weak winter.

"Minnesota was once known as the American Siberia," Seeley said. "How's that for a reputation!"

Now, he says the climate of the planet is changing and Minnesota is changing right along with it.

"We’re seeing dramatic changes in the temperature & precipitation," he said. “More and more winter snow covers have become intermittent. It’s not constant. You can’t count on it being there all the time if you want to go out and do…”

Another winter activity in danger of adaptation or cancellation is the Vasaloppet in Mora, Minn.

“Only 3 out of the last 10 winters have they had enough natural snow on the trail to even think about hosting. Otherwise they gotta go out and make snow.” Seeley said.

Only effective dialogue will motivate us to meaningfully adapt to the new climate, Seeley thinks.

It's not just the cold that threatens Minnesota - it's also the heat. Big temperature spikes are scary, but the consequences are major increases in water. Excess water can end up in overwhelming humidity and floods.

Let's take a moment to address the respectful skeptics. Many people wonder if it can be proved that humans are responsible for climate change. Couldn't it be natural changes that warmed the planet?

The answer is...kind of.

We can actually model the atmosphere accurately accounting for things like volcanoes, solar energy or humans.

The result is very clear. In fact, 90 percent clear. Humans are the primary reason for modern warming.

Minnesotas 'Bold North' is becoming more like a 'Subtle North.' What does a warmer climate mean for our summers, water and animal inhabitants?

“We’re opening up new climate niches for different organisms to exist here…and they’re not all good.” Seeley said. "The Mayo clinic in Rochester tells us there's been a vast, vast expansion of the mold and allergen season."

Dr. Seeley has noticed that Minnesota has set over 150 new state records and 17,000 new daily climate records in one decade. How?

“With a lot of heat advisories, excessive heat warnings, not because the thermometer has spiked at 108 to 110 but because the heat index has gone so high with the water vapor content.”

Seeley says, if anything, Minnesota is underestimating its pace of change.

“While the climate change signals we’ve been speaking & writing about in recent years are VERY much in play in southern & south central Minnesota which are having their wettest years in history.”

It's important to continue these conversations so we can continue to do accurate research and work to make a difference.

And we do… in the youth, in the indomitable human spirit…and social media! It’s partly because of American voices that China had to back track on legalizing rhino horn and tiger bone. The ban is back in place for now.

To quote Jane Goodall who I was so lucky to sit down with this past spring “you gotta have hope.”