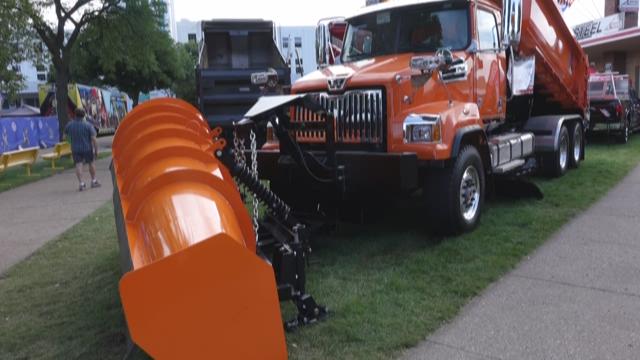 FALCON HEIGHTS, Minn. — Farmer's Almanac is predicting a "frigid and snowy" winter for Minnesota, with a "polar coaster" of up-and-down temperatures.

We brought the prediction to fair-goers at the Minnesota State Fair, where usually in late August, the only things frozen are snack-sized.

"At first I thought, it can't be worse than last year," said Debbie Kronback from Elysian. "But I'm like, it is what it is, we live in Minnesota."

"Sounds awful to me," said Tricia Suchy of Prescott, Wisconsin. "Don't love winter, so I am hoping that they're wrong."

One farmer we met in the State Fair Cattle Barn admits, he's paying attention to the prediction.

"My take is they are right more than they're wrong," said Greg Nelson, a cattle and alfalfa farmer from Dassel. "I can believe it."

Farmer's Almanac claims an 80-percent accuracy rate, basing its predictions on a top-secret "mathematical and astronomical" formula first developed in 1818; while it also "firmly (denies) using any type of computer satellite tracking equipment."

However, our WeatherMinds scientists say to take the prediction with caution.

"Long-term weather is really a very fluid situation, so it's not really one where you give a forecast in August and nothing changes five months out," said KARE 11 meteorologist Laura Betker.

RELATED: Bring the KARE 11 WeatherMinds team to your school!

Farmer's Almanac never gives specifics, but Betker studied their generalized predictions for the past five winters in Minnesota, and discovered they were all a little off.