Between Regions and HCMC, more than 100 people have been treated for fall-related injuries on Monday. 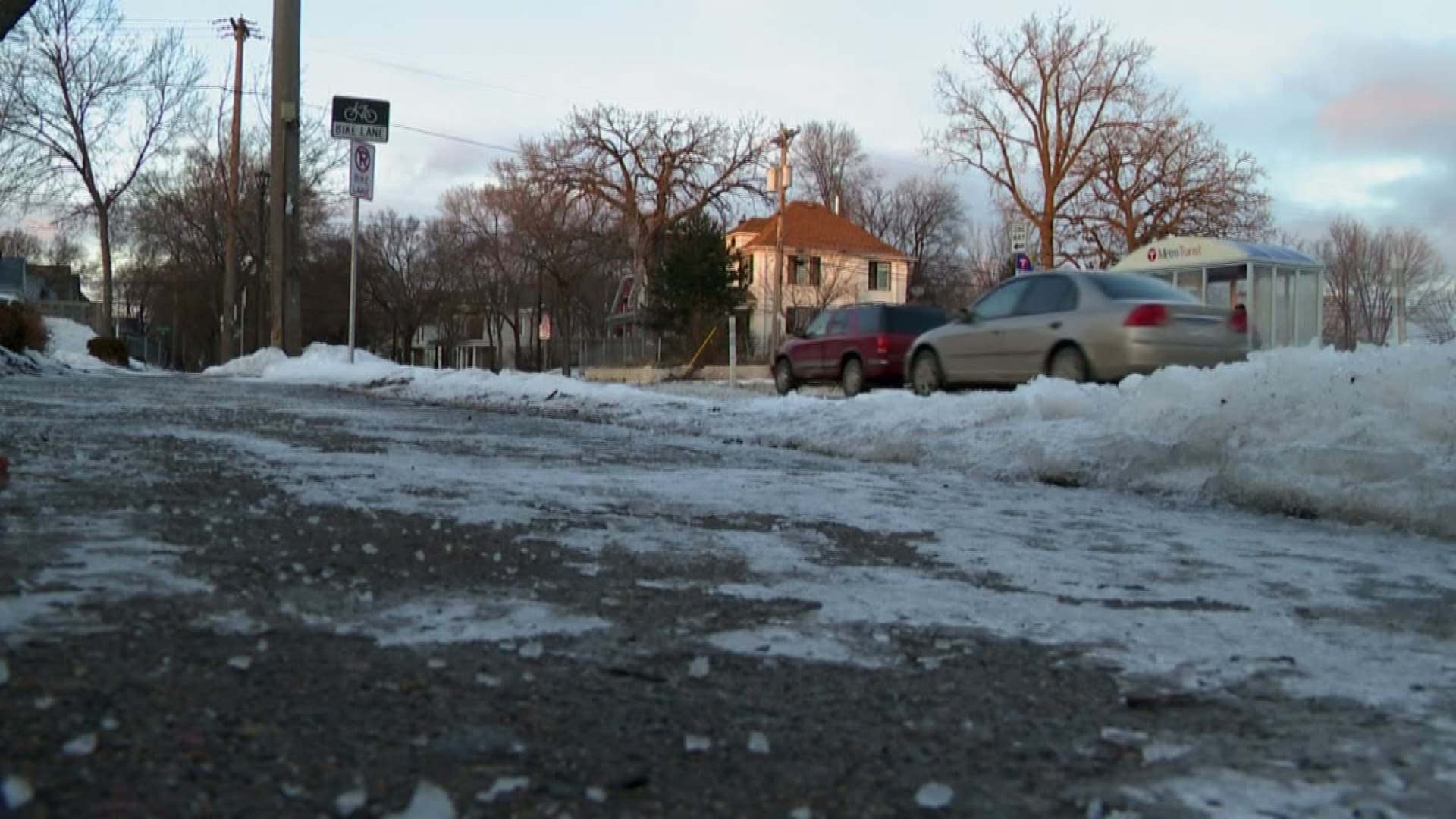 MINNEAPOLIS — The icy sidewalks and roads are proving dangerous for pedestrians across the metro.

Abbot Northwestern Hospital also had "many," according to a spokesperson. Before noon, Mercy Hospital in Coon Rapids had already seen 40 patients injured by slips, falls or in car accidents.

Nadalie Valentine was one of the dozens of people in the Twin Cities who fell on Monday.

"I was going out of my apartment, going down the stairs and once I got past the bottom step my feet went right out from under me and I hit the back of my head on the concrete steps," Valentine said. "It was just pure ice. There wasn’t an inch of footing, just all ice."

Terrence Williams, a patient at HCMC, broke several bones in his right leg after jumping out of the way of a car that slid on the ice near a North Minneapolis intersection.

Andy Laudenbach, a doctor at HCMC, said they keep hearing the same thing over and over. People don't realize how slippery it is when they go outside, and they fall on their backs after the first step or two.

"Today’s a special day," Laudenbach said. "There’s a lot more of it than usual. Typically we get a few of these a day during the winter but it’s, most of what we’re seeing I think is related to the ice."

He said he is seeing mostly broken wrists, broken and sprained ankles, and head injuries.

"Take it slow. Avoid going out if you can right now," he said. "If you’re going to be out don’t move fast, take short steps, keep your center of gravity above your feet."