As of Sunday, 27 volunteers with the American Red Cross Minnesota Region had been deployed to Florida, Georgia and the Carolinas. 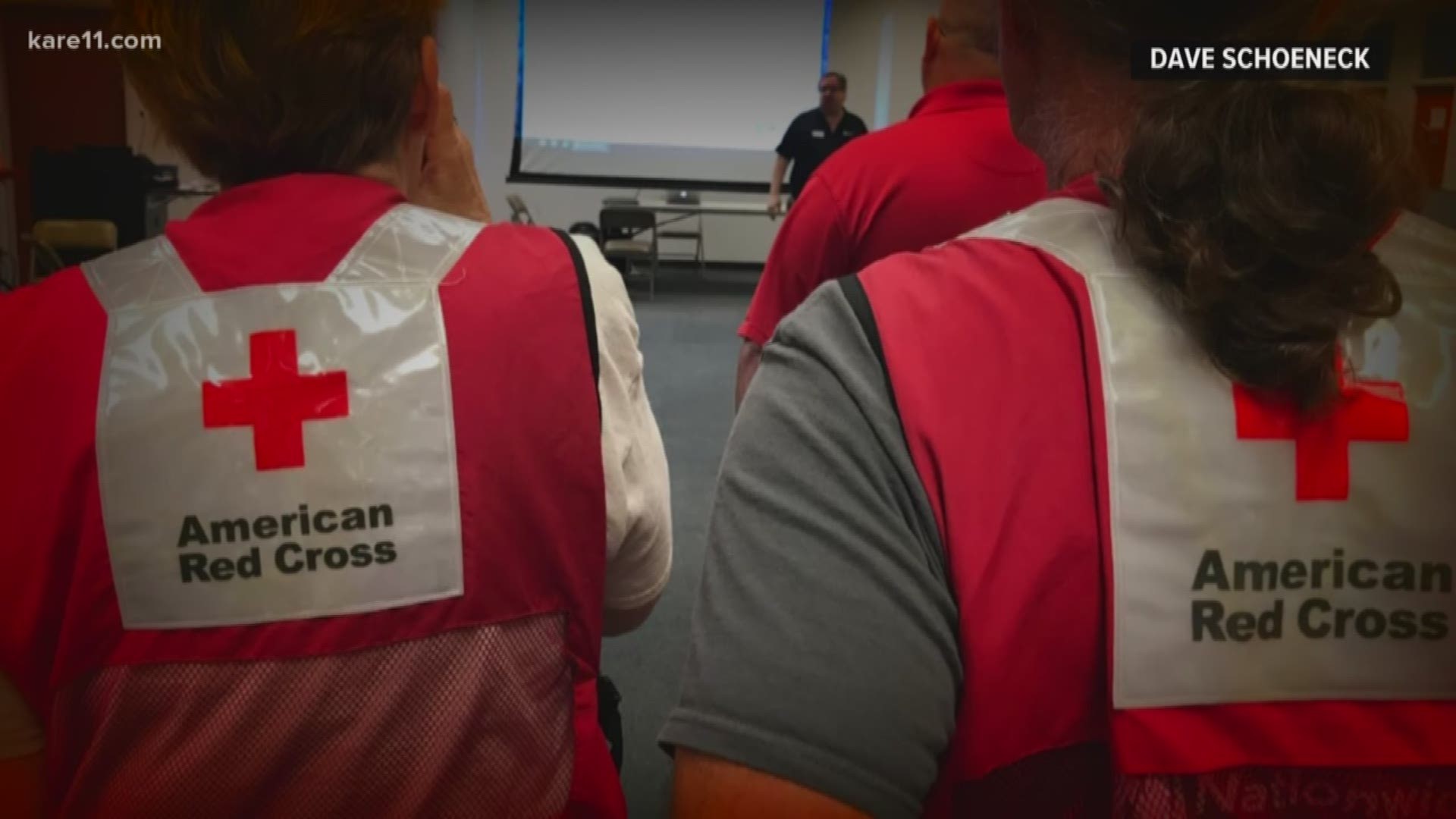 ATLANTA, Georgia — David Schoeneck of West St. Paul got the call Friday morning that he would be headed to Georgia ahead of Hurricane Dorian.

By Saturday morning, he was in Atlanta preparing shelters with other American Red Cross volunteers.

Schoeneck is one of 27 volunteers so far that the American Red Cross Minnesota Region has deployed to help with Hurricane Dorian relief efforts.

"We're beginning to get ready to activate shelters in the next day or two. And depending on the situation... open additional shelters, if needed. So it's getting things and people in position to be able to respond when the need occurs," Schoeneck said.

Sunday, Hurricane Dorian made landfall in the northern Bahamas as a Category 5 storm. Dorian hit land in Elbow Cay in the Abaco Islands at 12:40 p.m., and then made a second landfall near Marsh Harbour on Great Abaco Island at 2 p.m. With its maximum sustained winds of 185 mph, it tied the record for the most powerful Atlantic hurricane ever to come ashore, equaling the Labor Day hurricane of 1935, according to the Associated Press.

Meanwhile, people from Florida to the Carolinas are paying close attention to Hurricane Dorian's path.

This is Schoeneck's sixth hurricane deployment. He'll be in the southeast region for up to two weeks. Right now, he's in Atlanta.

Credit: David Schoeneck
David Schoeneck of West St. Paul got the call Friday morning that he would be headed to Georgia ahead of Hurricane Dorian.

"We may move closer to the coast depending on the situation as time develops here in the next few days," he said.

Earlier in the week, Regional Disaster Officer Jason Bengtson told KARE 11, "Minnesota actually supplies a lot of volunteers to different disasters. A big reason is we don't have as many here in Minnesota so we spend a lot of time on training, getting volunteers ready to go."

Other Minnesota groups are also helping out.

The Burnsville-based NECHAMA – Jewish Response to Disaster is preparing to help with relief efforts. And on Friday, Governor Tim Walz authorized a team of 13 Minnesota emergency management professionals to go to Florida as the state prepared for Hurricane Dorian.

Schoeneck said the Red Cross currently has disaster operations in Florida, Georgia, South Carolina and North Carolina. They also could set something up in Virginia.

"It's very rewarding work. Our goal is to help people, regardless of where they are or what's going on. We're there to extend a helping hand—to extend hope to them. We know that we're dealing with people often on the worst day of their life... our job is to be there to help them," Schoeneck said.

If you want to help, the Red Cross always needs volunteers, blood donations and funds. Texting the word "Dorian" to 90999 automatically gives the Red Cross a $10 donation.