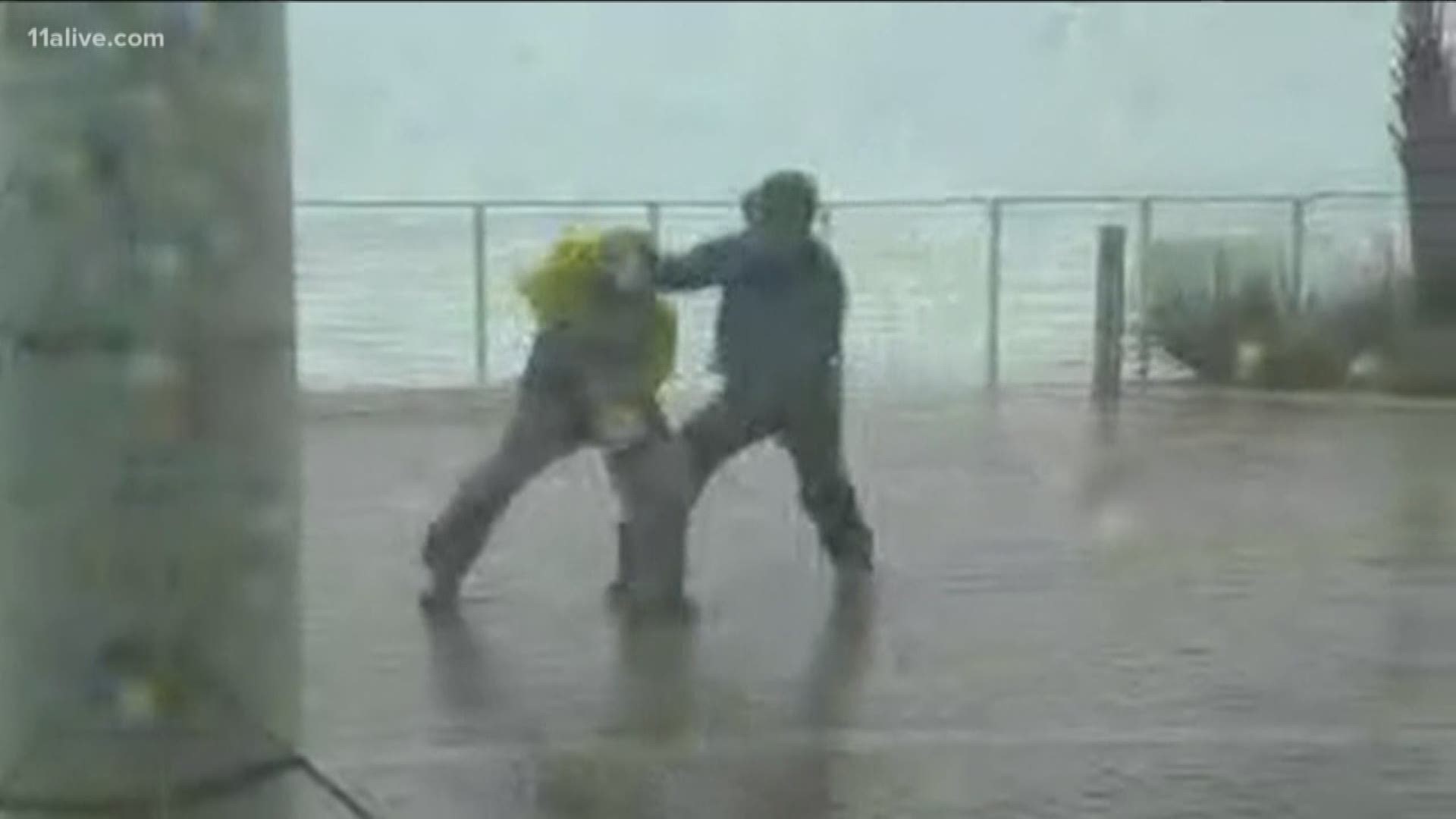 PANAMA CITY BEACH, Fla. – When Weather Channel’s Jim Cantore shows up ahead of a storm, you know it's going to be bad.

While some get nervous by his presence, NBC News reporter Kerry Sanders sure was happy Cantore was there.

While covering Hurricane Michael in Panama City Beach on Wednesday, Sanders was nearly knocked off his feet by the storm before Cantore helped him. Michael, at the time, was a Category 4 storm with winds up to 155 mph.

Video showed Sanders attempting to keep his balance and before losing his footing, Cantore is able to pull him to a pillar for stability.

Wednesday afternoon, Sanders turned to Twitter saying his “longtime friend” rescued him after he almost lost his balance during the live shot.

Sanders also tweeted out photos of the helmet he was wearing to help prevent concussions while reporting during the story. It helped him after both he and Cantore fell into the concrete pillar.

Prior to Michael, one local Florida sheriff’s office issued a fake trespass warning to Cantore. The warning, complete with photos and a physical description of the weatherman, identified Cantore as a "person of interest" and added that they would prefer he makes "non-business related visits only" and "winter months preferred."

"Everyone know what's in store when Jim Cantore shows up. So, we issued a little notice," the viral Facebook post read.

However, in this instance, Sanders was happy Cantore was there.