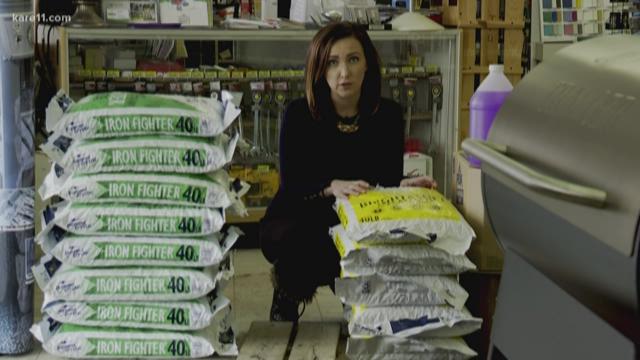 MINNEAPOLIS — If you're in search of sidewalk salt, you're going to have a tough time finding it.

His store ran out of salt Tuesday, almost immediately after the shipments came in. He was supposed to get another shipment of salt Wednesday, instead he got a call informing him it wasn't coming.

"Well, we might not get our truck that was supposed to be here around noon. Because there was such a demand, we might be pushed back until Friday," Hoffman said.

His was far from the only store with a shortage.

Jerry's Hardware in St. Louis Park was down to their last 25 bags. Their next shipment won't come in until Friday morning.

"It's just getting really hard to find it anywhere," said manager Jon Brown.

You might have better luck finding sand or traction grip. If not, Hoffman says water softener salt will work, as long as it's the crystal kind, not the pellets.

Hoffman has had so many people ask for salt, that he's started a waiting list.

He says his store might get more in Thursday, when they're expecting their next regular shipment of supplies.

An introduction to CBD oil for your pets