The family — originally from Ceylon, Minnesota — was using their fireplace to stay warm after losing power. 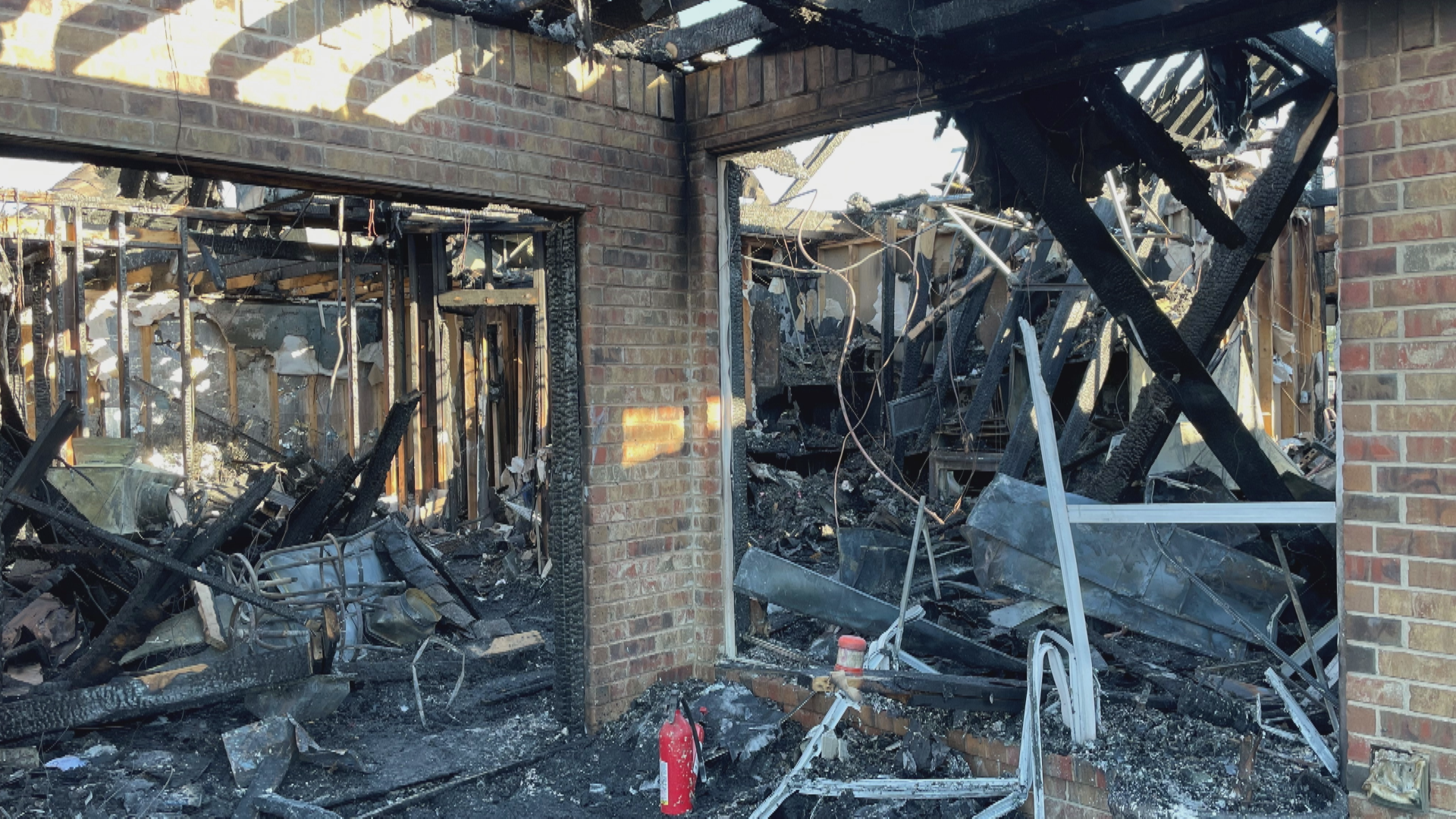 MIDLOTHIAN, Texas — As power is being restored across Texas, recovery is just beginning from the historic winter storm.

"It was tough for everybody," said Matt Harder, a Minnesota native now living in Texas.

Harder, his wife Melanie, and their kids Landon, Caitlyn and Alyssa are originally from Ceylon, Minnesota.

The family has been living in Texas for more than 11 years.

RELATED: How you can help the millions in Texas who don't have power, heat or safety

"Of course, Texas isn't used to the cold weather like we get up in Minnesota," Matt said.

Last Sunday, they lost power through Electric Reliability Council of Texas, or ERCOT, which oversees the state's power grid. The home is located in Midlothian — 25 miles southwest of Dallas.

"We've been using our fireplace to heat the house because it's been single-digit temperatures and these... fireplaces aren't made to be run for 24 hours a day or however many hours for five days straight," Matt recalled. "The chimney flue finally gave away and started the house on fire."

The fire happened on Thursday afternoon as Melanie was taking a nap. Smoke alarms woke her up and she was able to escape the fire. She tried rescuing their dog and cat but the cat, Chloe, died in the fire.

"Definitely a lot to take in. Trying to process all this stuff going on. It's just day by day. Luckily, it's good community support down here and everybody is stepping up wanting to help out and stuff. So that part's pretty good," Matt said.

Credit: Melanie Harder
The family is looking to find a rental home while they decide what's next.

All week, Harder has been helping too. While his home was without power, he was going into work as an officer with the Dallas Police Department.

"Texas isn't accustomed to these road conditions down here and don't have the resources to plow the roads. So with all the snow buildup and stuff... it's been busy for us," he said.

On Sunday during the interview, the family was at a laundromat to wash their clothes. Harder said they are staying at a hotel and looking for homes to rent while they decide if they will rebuild.

"Be thankful when you do have power, I guess. Down here ERCOT, I think, dropped the ball because they decided not to winterize their equipment like they should've... and it caused all this problem with not only me but a lot of other people," Matt said. "It's been a struggle for a lot of Texans down here but we're tough people. We'll get through it."

If you would like to help, a GoFundMe page has been set up for the family.