“We run seven days a week, and I know there are a number of things that are stopping people,” says John Schulte, with Twin Cities Kayaking. 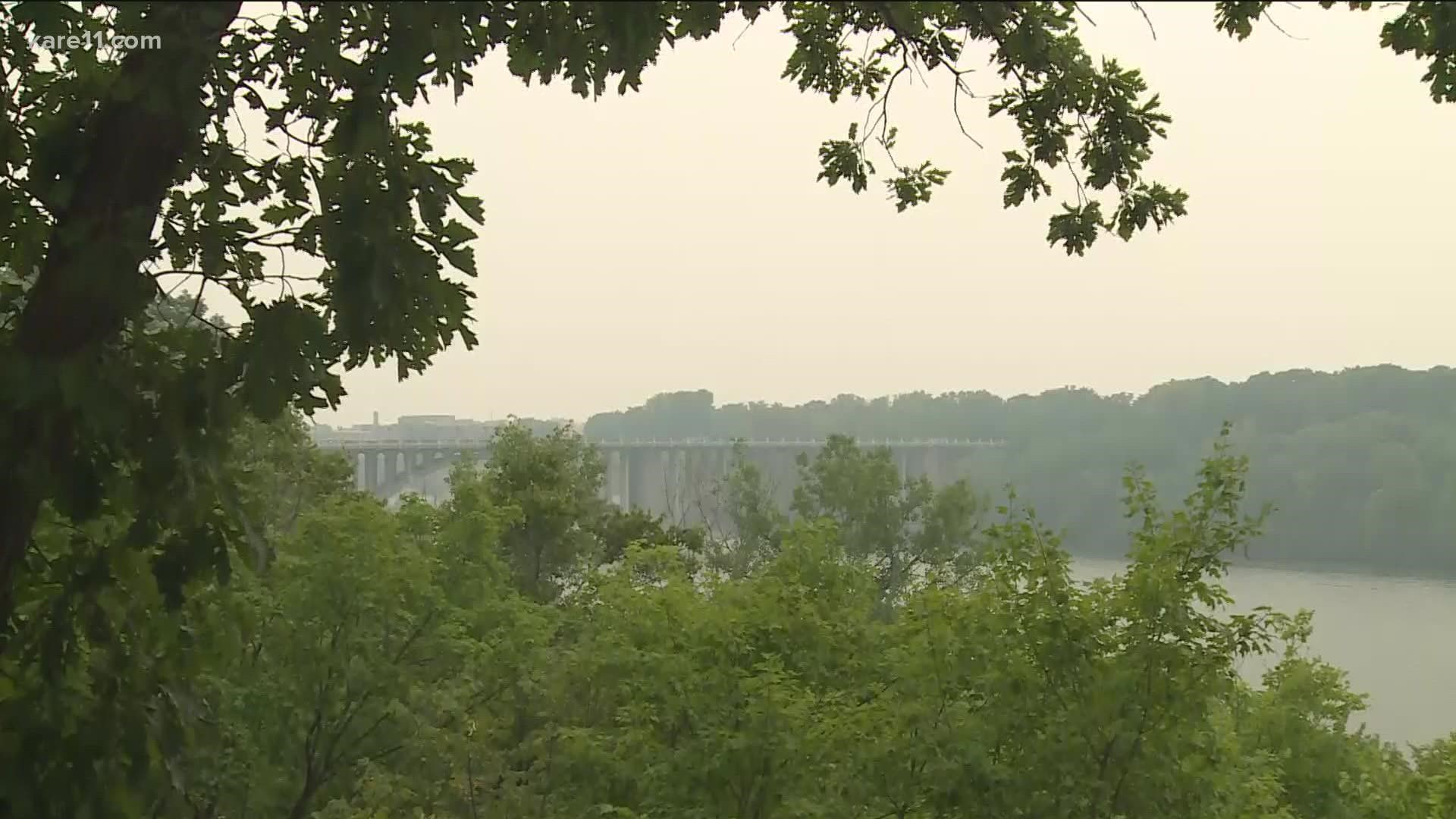 MINNEAPOLIS — John Schulte with Twin Cities Kayaking is used to braving the elements on one of the many lakes and rivers across the state.

“What we do is deliver kayaks and paddleboards to different locations,” said Schulte. “We have planned trips, we do tours on the Mississippi River.”

But with extreme heat and air quality concerns, it hasn’t been business as usual.

He says it’s a combination of a few things: the heat, lingering drought conditions and air quality concerns.

“I just know that our numbers are lower,” said Schulte. “We run seven days a week, and I know there are a number of things that are stopping people.”

“There’s an ongoing drought in Minnesota and north into Canada, and a month ago, fires got going and they continue to grow,” said Nicholas Witcraft with the Minnesota Pollution Control Agency. “This week is the most I’ve seen in that area.”

An air quality alert was issued for much of the state, with unhealthy and hazardous air from Interstate 35 to the western Minnesota border.

Poor air quality affects everyone, especially those who may have asthma, allergies or breathing conditions. “We encourage everyone in those areas to stay inside if they can,” said Witcraft.

RELATED: Air quality alert extended, expanded to all of Minnesota

Witcraft said this isn't the first time in recent history that Minnesota has seen poor air quality, but it's still not exactly normal.

"We did have a smoke event in 2018 that brought code orange and red into the state, but in the recent past this is the most frequent smoke we’ve seen,”

“I’m an outdoorsy person and I think a lot of people are,” said Schulte. “Just take some of the worst with the best.”

People who are more likely to be affected when fine particle pollution reaches an unhealthy level include: