Outdoor activities are still on despite poor air quality, but some people are playing it safe

Race organizers say 700 people signed up for the Urban Wildland Half Marathon in Richfield Saturday morning. Around 500 showed up. 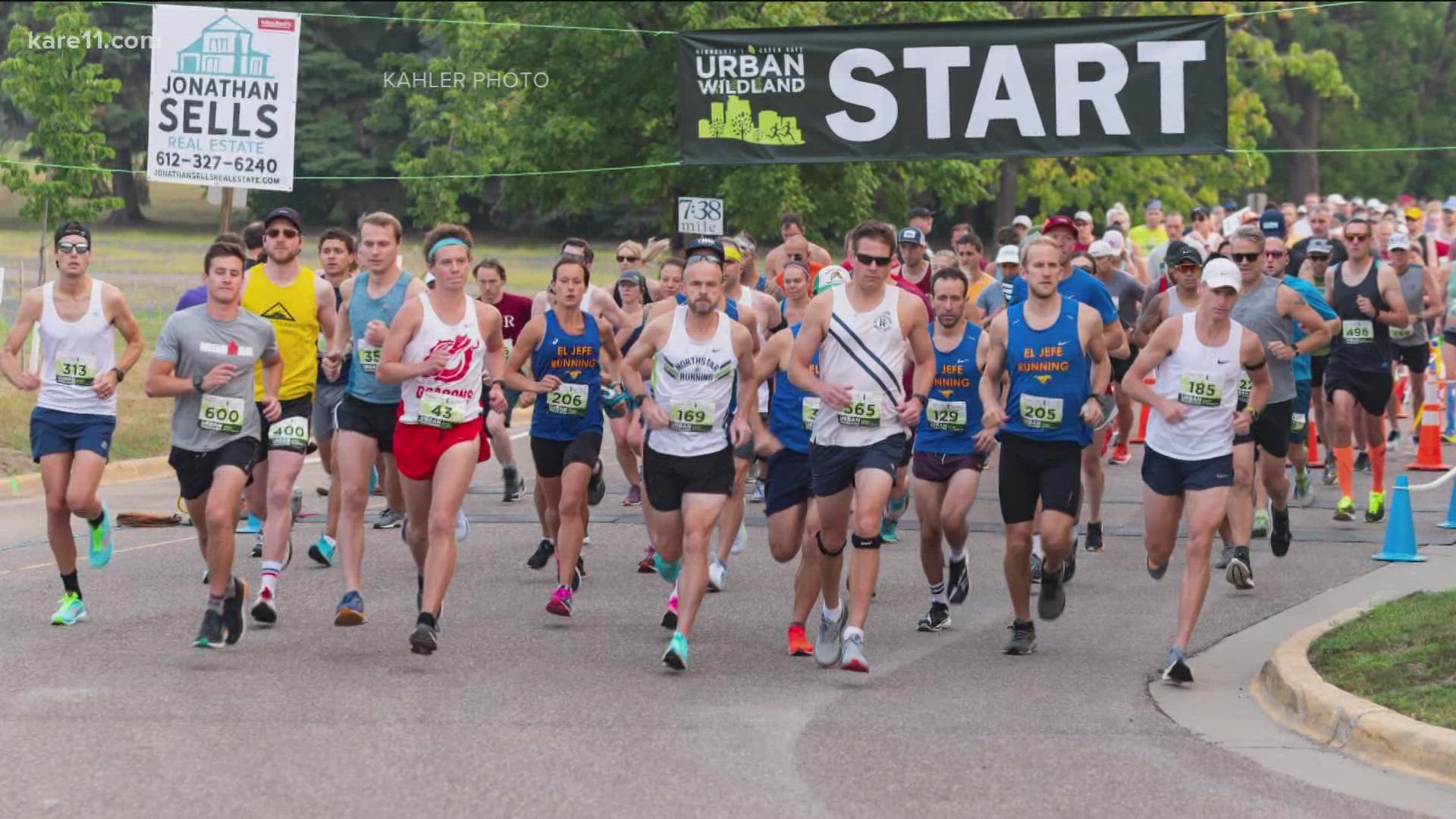 RICHFIELD, Minn. — There are many people who would never run a race, even on a good day, let alone a bad one.

And then there are people who will run no matter what.

At the Urban Wildland Half Marathon in Richfield, more than 500 people ran in the 19th annual race despite poor air quality.

“It was definitely not part of our plan, but it is something that we’ve been monitoring this past week,” race director Brianna Rodgers says.

Race organizers were on the fence about whether they should keep the race going this year.

Rodgers says they contacted the National Weather Service for advice.

“They did give us a guideline that if you are in a sensitive group they recommend not to run. So, we did message that to our runners and we gave them the option to run our virtual race instead,” Rodgers says.

Several runners took that advice and signed up for the virtual race instead.

Rodgers says around 700 people signed up for the race, but only around 500 people showed up Saturday morning.

“Races always do have a few people who don’t show up the day of,” Rodgers says. “Usually that number is around 10% and then during COVID that number is a little higher around 20%. There are a few runners though who signed up for the virtual event after hearing that recommendation.”

Dr. Nick Simpson at Hennepin Healthcare says that's probably a good idea for anyone who has chronic breathing problems.

He says it might be tempting for people to go running or to do some gardening or yardwork this weekend, but he says it’s probably not a good idea if you have a chronic breathing problem or any other condition that could be exacerbated by the poor air quality.

"For these individuals I would recommend as much as possible staying indoors and avoiding things that are going to otherwise stress the body,” Dr. Simpson says.

But if you can't avoid it, Simpson says you're better off doing your physical activity in the morning, because the air quality usually gets worse as the day goes on.

“That’s usually the case, and that’s connected to other factors such as traffic pollution later in the day, and other things like that,” Dr. Simpson says.

That's one reason why the half marathon got the greenlight to keep going.

The race itself started at 7:00 a.m. and organizers say everyone finished before 11:30 a.m.

"Everybody came back to the finish line. We didn't have any major medical needs and the vibe was really exciting. A lot of runners were super thankful that we still put on a race,” Rodgers says.

If you’re worried about the air quality in your area there is a helpful tool you can use.

You can type in your zip code at www.airnow.gov

The website offers a free interactive tool that will show you what the air quality is like in your area and it will also offer advice on what kinds of activities are safe to do.