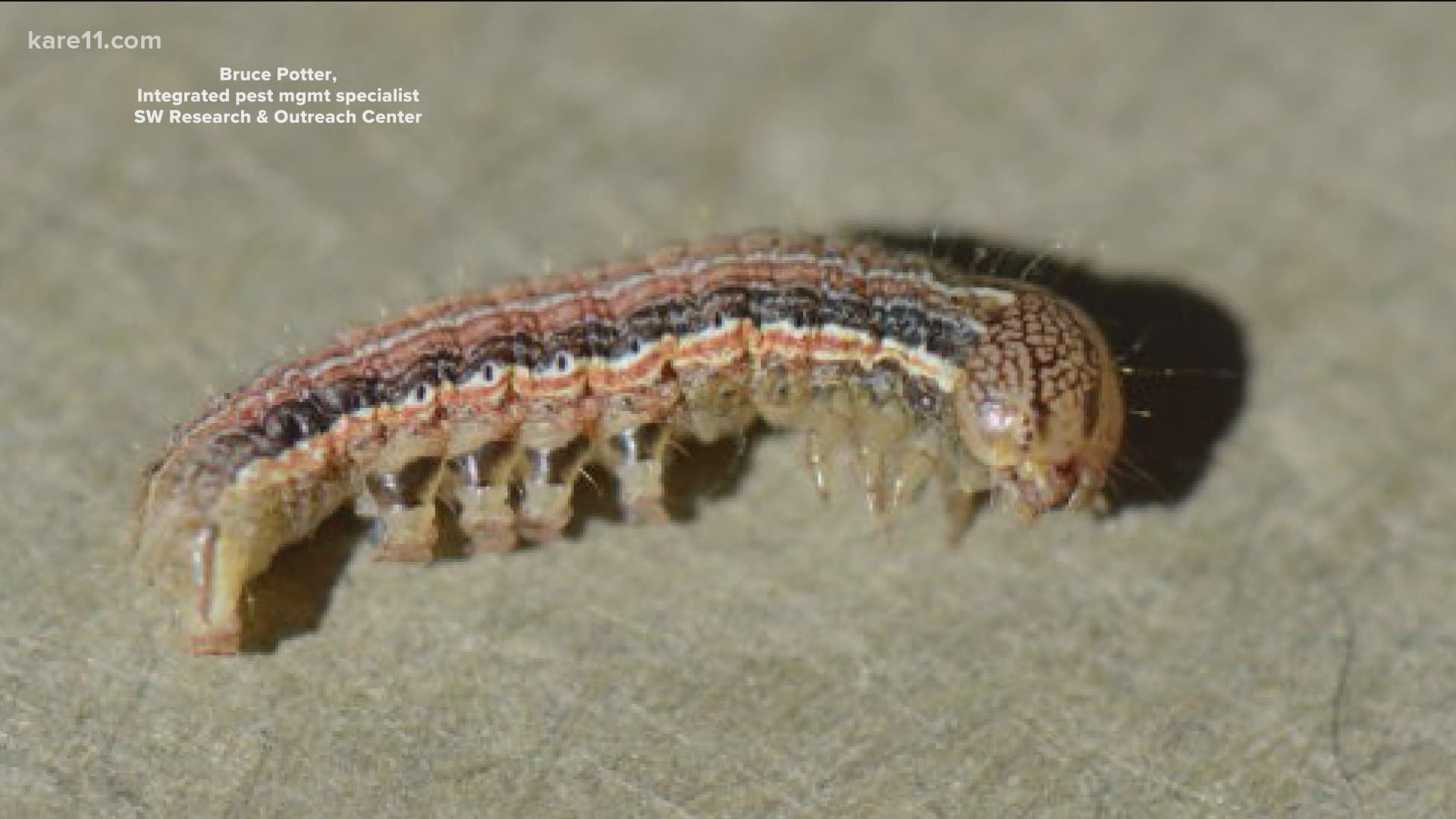 ST PAUL, Minn. — Parts of the state are now in an extreme drought, and with it comes another hurdle for farmers already struggling with little rainfall: Insect infestations.

Scientists at the University of Minnesota Extension are keeping a close eye on the crop pest world, especially an arachnid called a two-spotted spider mite.

"That one likes it especially warm and dry, and basically the warmer it gets, the quicker it reproduces," said U of M Regional Extension Educator and Entomologist Anthony Hanson.

Hanson says rain events will not stop a spider mite infestation – only prolonged, cooler weather can slow the damage that he has seen in southwestern Minnesota.

"They usually hang out on the plant, not causing too much of an issue, but it’s when they can build up in these right conditions that they kind of explode," said Hanson.

He's also seeing infestations building earlier in the year, as temperatures rise sooner, too. That can lead to other insects like aphids that Hanson has already documented in the southern part of the state.

There's also the armyworm he says is feeding on corn leaves in central Minnesota.

RELATED: How solar farms are now being used to attract more pollinators to local farms

"We're always keeping on our toes for us entomologists when we're trying to figure out what insect will be coming out in the next year," said Hanson.

Besides insects, the drought is hitting corn especially hard. It needs even more water now because it's pollinating – it's rolling leaves a sign that the corn is protecting itself from losing more moisture.

"If we don't get enough rainfall, we're going to start to lose kernels on an entire ear of corn so that's going to be a problematic thing," said University of Minnesota Extension Educator Dave Nicolai.

He says, most of Minnesota's corn crop depends on rainfall, not irrigation. And in a matter of weeks, we'll know if the drought has impacted how much farmers can harvest.

"If the corn and kernels are lost, they're lost," said Nicolai. "We're not going to replace those."

The U of M experts would ideally like to see an inch of rain fall every week for the next three weeks to try and save some of the crops. But Nicolai said some corn may be past the point of no return.