At least 37 structures in the city either collapsed or have structural issues. There are reports of injuries, but no word on any fatalities. 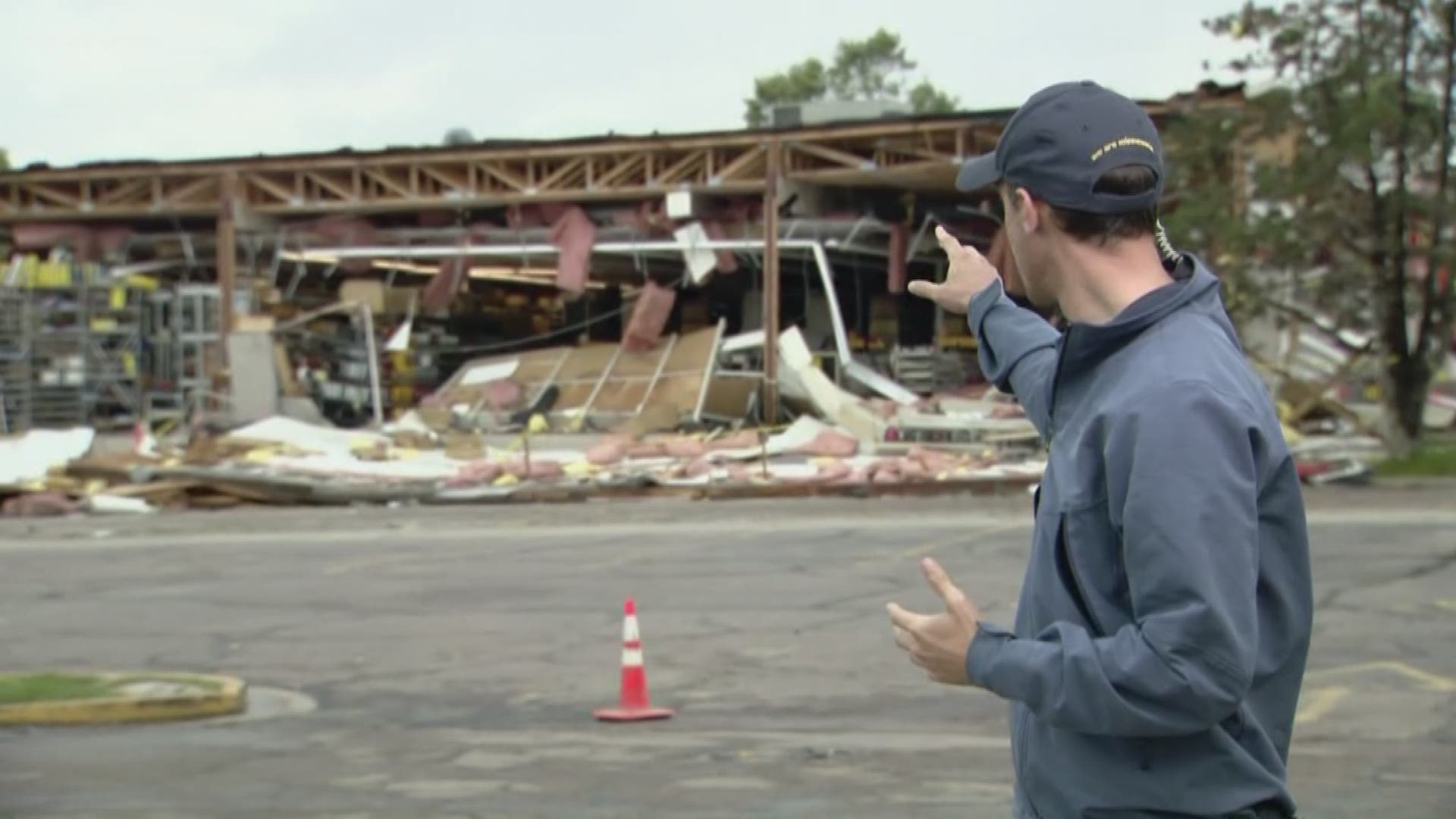 Meteorologist Todd Heitkamp confirmed the touchdown during a news conference Wednesday morning, saying one area he surveyed was hit by a tornado packing winds of approximately 125 miles per hour. He says the confirmation is based on debris patterns and how far debris was blown. There may be additional sites where the tornado touched down.

Heitkamp estimates three-quarters of South Dakota's largest city was impacted by the fast-moving storm system that tore through, including straight line winds in excess of 90 and 100 miles per hour.

Fire Chief Brad Goodroad says at least 37 structures in the city either collapsed or have structural issues. There are some reports of injuries, but no word on any fatalities. 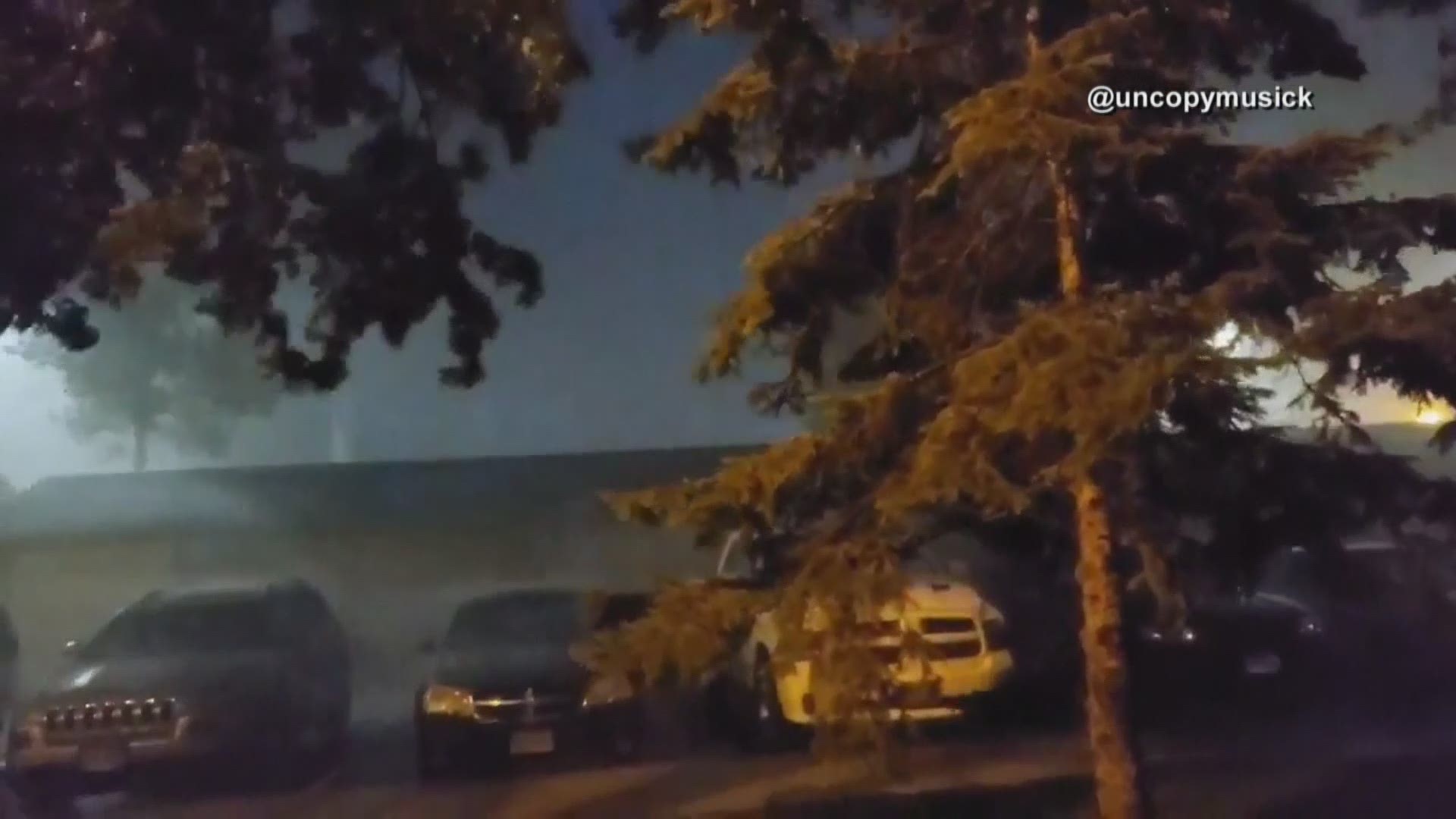 Sioux Falls Public Works Director Mark Cotter is compiling a list off damage across the community. He says tree damage is significant, with streets blocked, power lines down and traffic signals not working. Xcel Energy has called in repair crews, and a spokesperson says 400 people will soon be on the ground attempting to restore power. 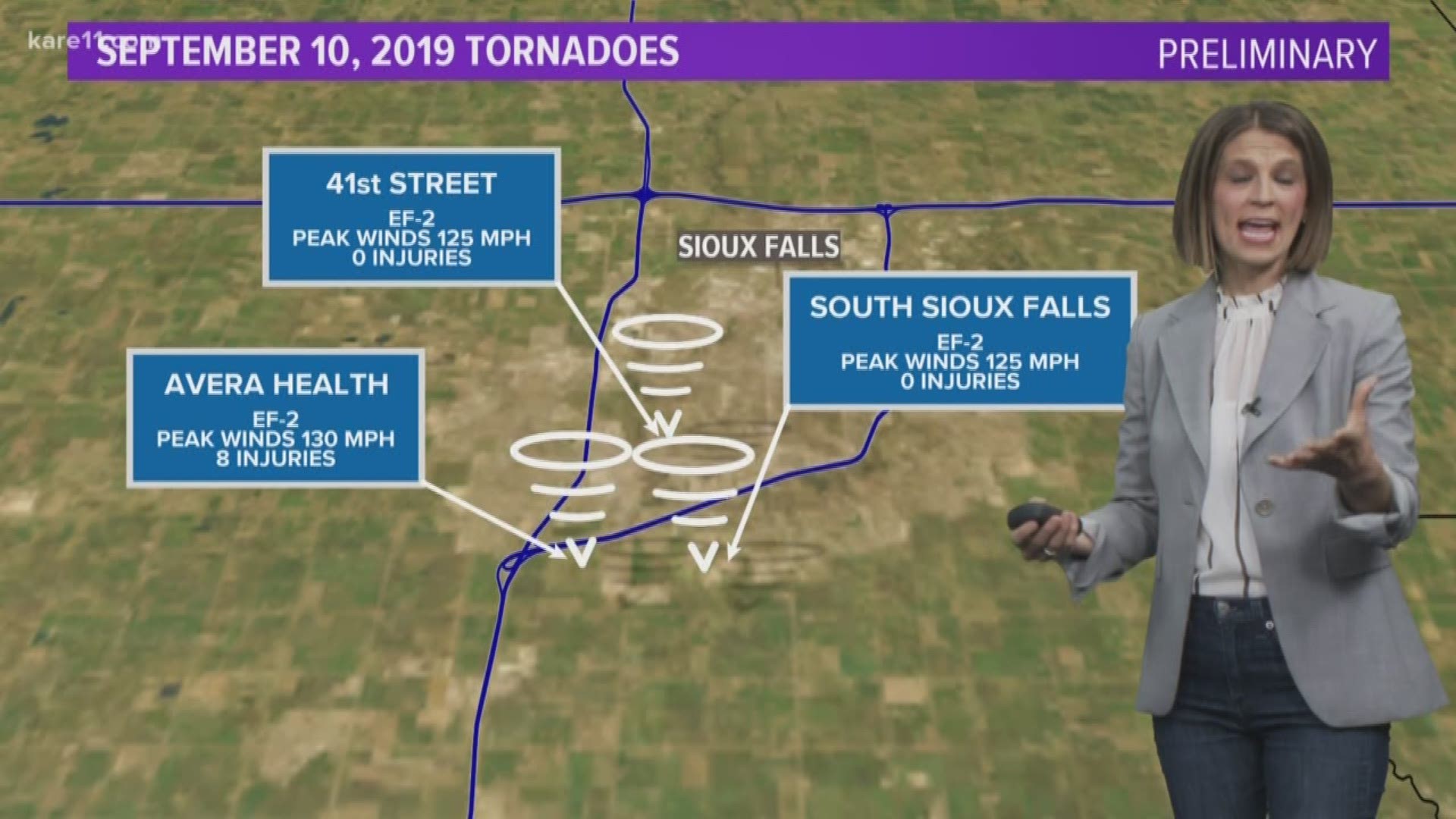 Xcel Energy says as many as 25,000 customers were without power at one point because of the damage, but that number dropped about 2,100 customers by 6:30 a.m.

The Red Cross opened a shelter at the Sioux Empire Fairgrounds' armory for people displaced by the storm.

Sioux Falls, with an estimated population of 187,200, is about 240 miles southwest of Minneapolis.

Mayor Paul TenHaken said the city was looking into a "breach of protocol" with its outdoor siren warning system. TenHaken said most of the sirens sounded in the southwest part of the city, where the most serious damage occurred, but the system is supposed to sound sirens citywide.

Among the buildings damaged was Avera Behavioral Health. The storm ripped off part of the hospital's roof and caused significant damage to the building's windows, according to Avera spokeswoman Michelle Pellman.

"Seven Behavioral Health patients have been transferred to the Avera Heart Hospital," Pellman said. "Only one patient suffered an injury and it was non-life threatening."

The Avera Heart Hospital also had damage to its lobby and windows, but all patients are safe, Pellman told the Argus Leader. She said people should stay away from the area because of flooding and debris concerns. 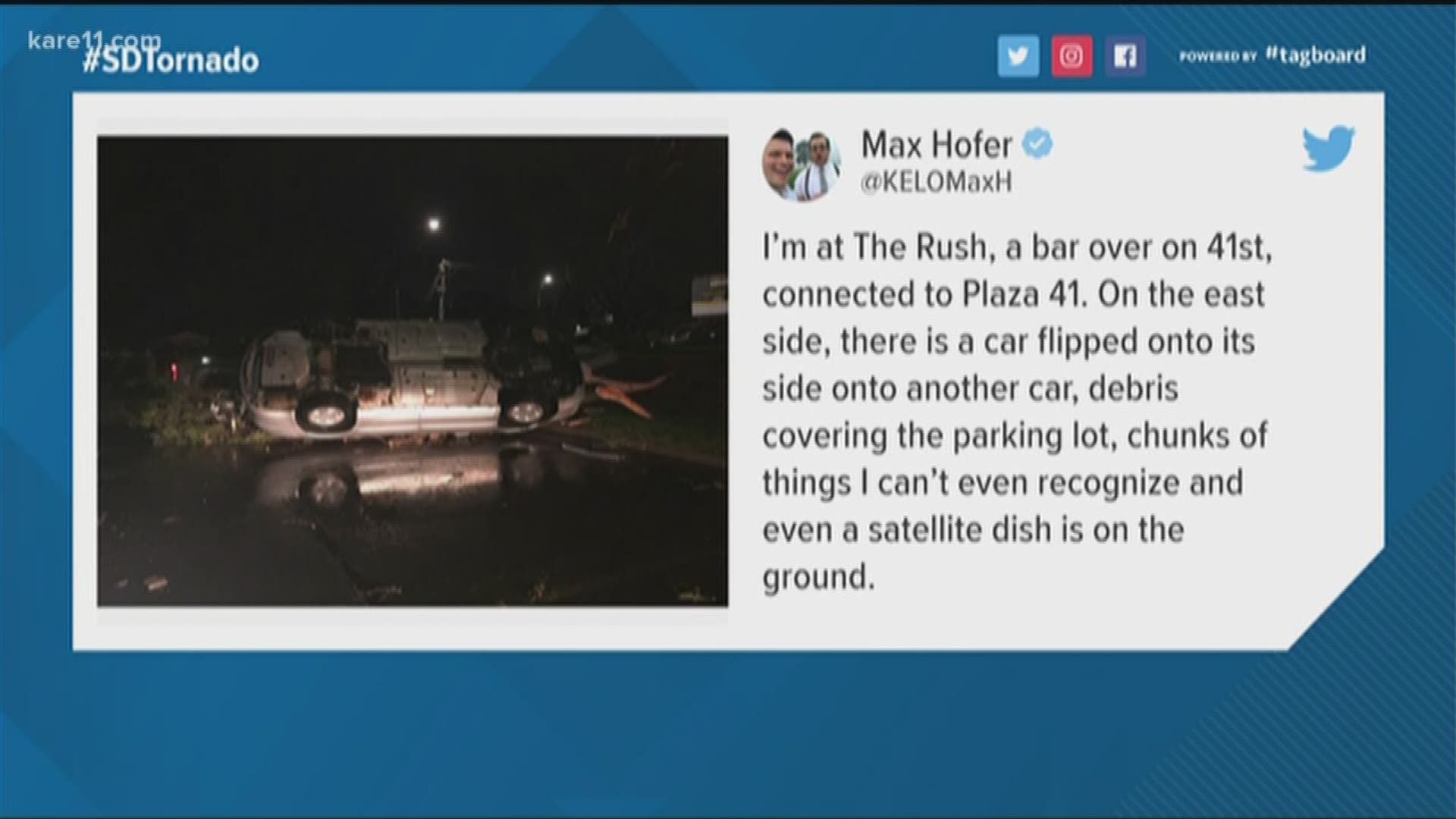