Of Minnesota's 87 counties, 81 are experiencing critical weather conditions "ideal for wildfire, including strong winds and low humidity," according to the DNR. 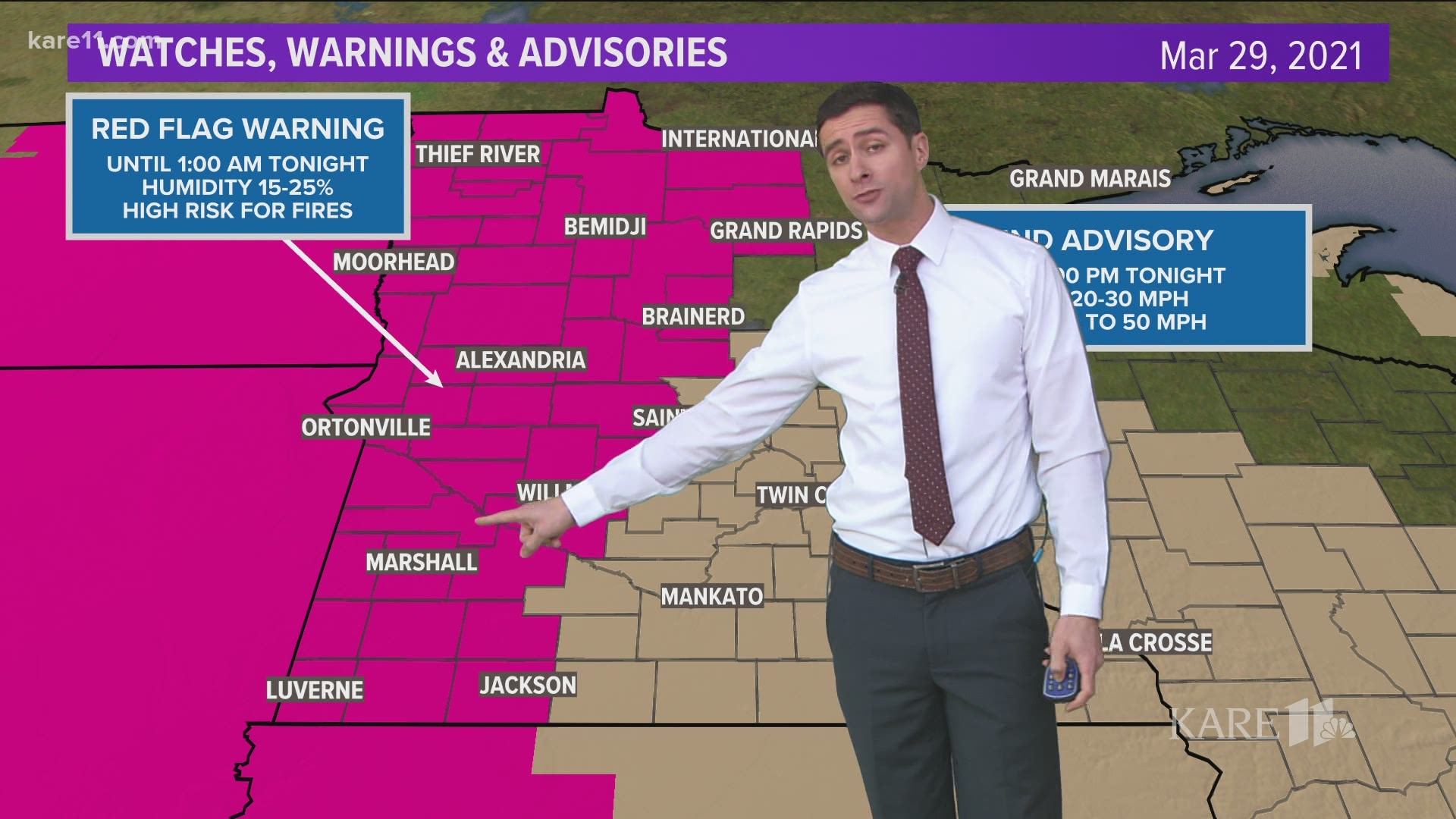 ST PAUL, Minn — Rising temps, high winds and low humidity have state fire officials extremely concerned about the increasing danger of wildfires, so much that 81 of Minnesota's 87 counties have been placed under a Red Flag Warning.

A Red Flag Warning means the impacted area is "experiencing critical weather conditions that are ideal for wildfire, including strong winds and low humidity," according to the Minnesota Department of Natural Resources (DNR).

Residents are ordered to refrain from burning while a Red Flag Warning remains in effect, and asked to check any burning done recently to ensure the fire is out. The DNR says any spark could become a wildfire under Red Flag conditions.

The following counties were added to the Red Flag Warning list on Friday. The warning remains in effect until 8 p.m.

The following counties were already under a Red Flag warning due to extreme fire risk.

For more on fire danger levels and burning restrictions in your part of the state, check out the DNR website.