The man has been identified as 30-year-old Seth Nelson from Battle Lake. 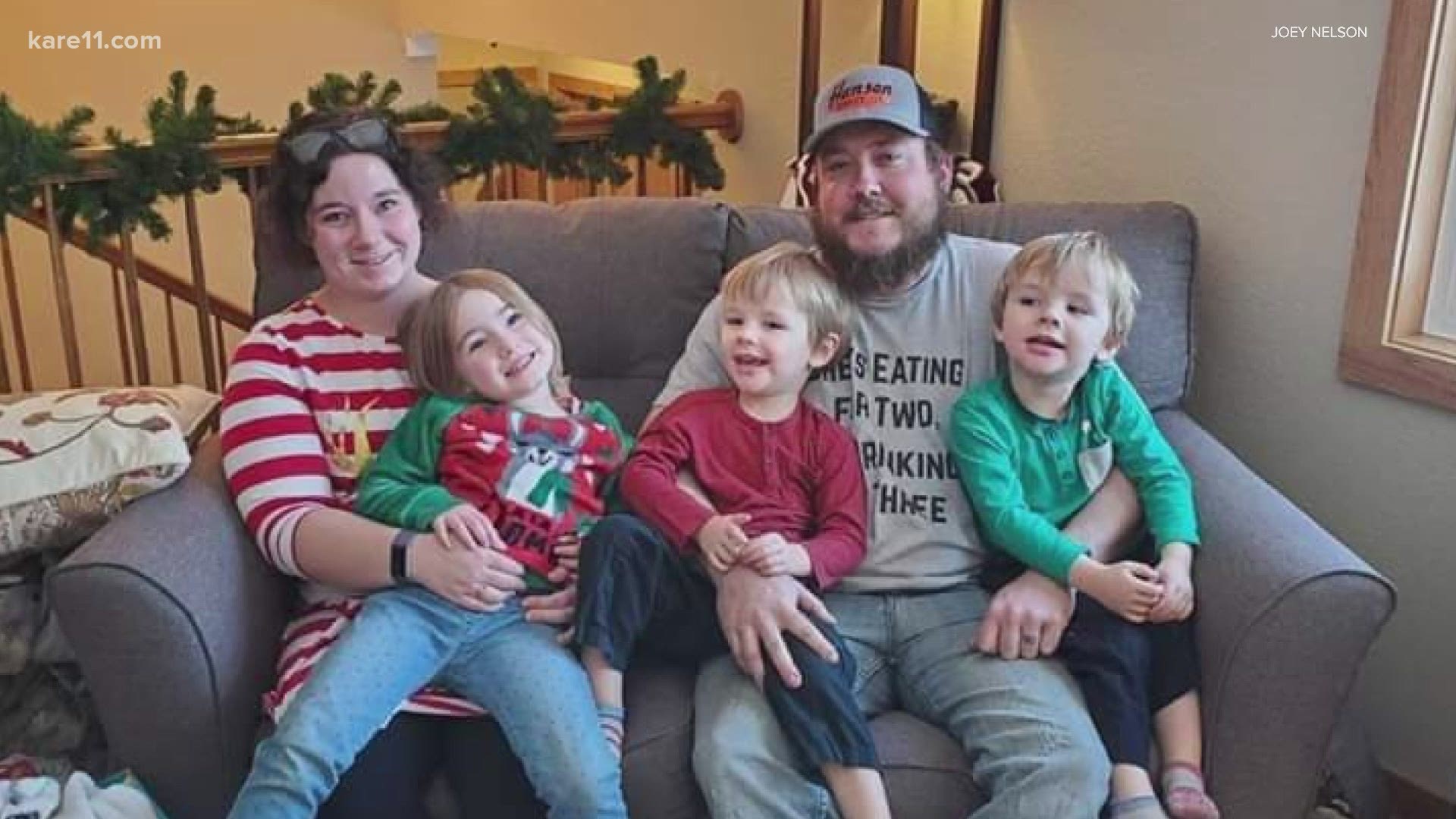 OTTER TAIL COUNTY, Minn. — The Otter Tail County Sheriff's Office has identified the man who died in a tornado Wednesday.

The man has been identified as 30-year-old Seth Nelson from Battle Lake.

Two tornadoes touched down in the county, creating a 6- to 9-mile path of damage, according Otter Tail County officials.

Nelson was working in a repair shop with his coworker, Nate Erickson, when the tornado hit. Erickson said he and Nate were watching the funnel cloud.

Erickson and Nelson took cover in the shop. Erickson went underneath a tractor, holding on to what he thinks was the drawbar.

Erickson says the tornado pushed the tractor all the way to the back of the shop, with him hanging underneath. When it passed and Erickson got out from under it, the shop was gone.

"I ran around the corner [and] saw the house was still up, but then that’s when I started yelling for Seth, looking for him," Erickson said. "I had so much dirt in my eyes, ears that I couldn’t see nothing, couldn’t hear nothing."

Erickson said a sheriff's deputy later told him what had happened to Nelson.

"Seth, he was a really awesome guy. I mean, there’s no replacing him," Erickson said. "Everybody that knew him really enjoyed him and he’s going to be missed by a lot of people."

Credit: Joey Nelson
Seth Nelson, 30, pictured with his wife, Joey, and three of their four children.

Erickson said Nelson and his wife, Joey, were married a few weeks ago. The two are parents to four children.

Erickson said the night before the tornado, the tractor which saved his life was being worked on by Nelson and other coworkers.

"[They] stayed here until 12:30, one o’clock in the morning the night before, getting those two sets of tracks on it. That track is what saved my life," Erickson said. "Those guys staying and busting tail to get that done, and then being back to work at 8 o’clock in the morning. You know, I can see how certain things can happen for a reason, but I don’t understand the reason for losing somebody like Seth."

This concrete slab is where a repair shop used to sit. Nate and his coworker, Seth Nelson, were inside when the tornado hit. Seth was killed. @kare11 pic.twitter.com/0cKOCPd4Ks

Two residents were also transported to the hospital and released with minor injuries.

Properties were damaged, and a home and machine shed were completely swept off their foundations, the sheriff's office said.

A GoFundMe has been set up to help Seth Nelson’s family and the family that owns the heavily damaged land where he died.