Side streets make for rough driving in Mpls. neighborhoods

The city says their initial focus was to clear primary roads and bus routes. 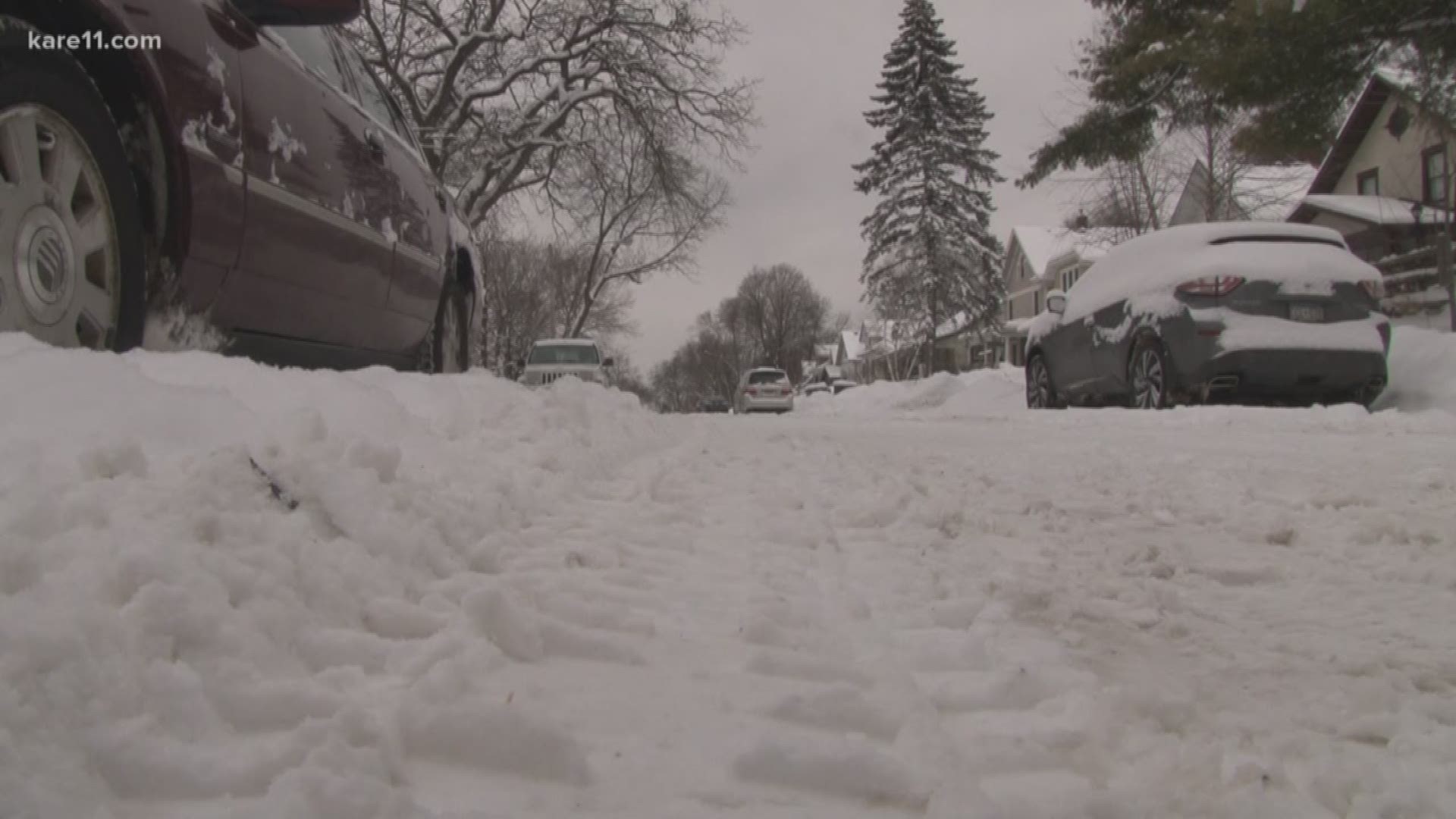 For people in the metro in need of a break from the snow, Monday was a day of relief. However, not everyone had a day off from the rough roads.

"Side streets, they have a lot of snow on them yet. You know, the new dump we got on top of the last one," said Minneapolis resident Paul Johnson.

We found streets throughout southwest Minneapolis Monday in rough shape.

Minneapolis' Deputy Director of Public Works, Lisa Cerney, says crews have been working overnight, some on back-to-back shifts. She says their initial focus was to clear primary roads and bus routes.

"We clear those overnight. Day one is the following day, we are doing the residential streets," Cerney said.

Cerney says the city's goal is to have all side streets clear before the next snowfall. Monday they had about 45 pieces of equipment out, plowing and treating the streets.

No surprise, she says it's been a busy winter.

"It doesn't seem like it wants to stop snowing," Cerney said.