Although some snow was predicted, the amount and size of the flakes were noteworthy... and quite beautiful. 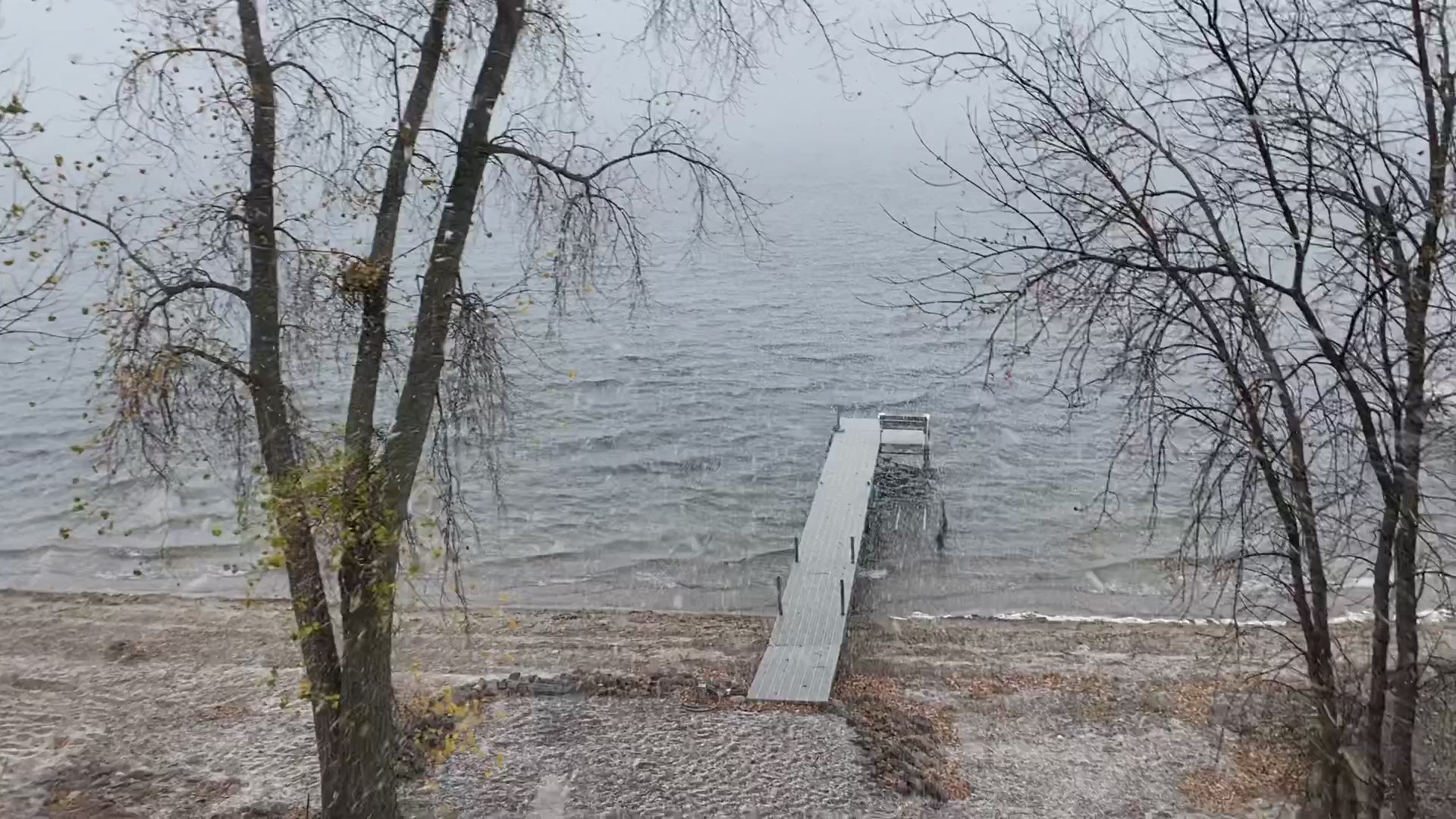 GOLDEN VALLEY, Minn. — Big flakes fell this morning in and around the metro, giving many a seasonal shock of sorts.

The snow squall was both pretty and brief, but had just enough kick to knock visibility down on the roads. The Minnesota State Patrol responded to a number of accidents they attributed to the wintry conditions, and reminded drivers to be ready for changing elements... and to put a scraper and winter gear in their cars.

We could spot a few more big flakes or spotty showers later this morning and early afternoon. Temperatures are warming, so most of the precipitation will be changing over to rain.

Wondering why the snowflakes in your yard were so big? If temperatures are very near or just above freezing, the snowflakes will partially melt. This produces a liquid film on the flake, making it easier for them to stick together, resulting in larger, sometimes giant snowflakes.

Troopers are currently responding to several crashes this morning w/the recent snowfall. Currently out w/4 crashes in Clay County. Keep the cruise control off & buckle up. This one I-94 near Barnesville ran off the freeway, down the RR overpass into the cattails- no injuries pic.twitter.com/kafcmjxWcs

Big snowflakes tend to have a smaller total number of snowflakes present, but the individual snowflakes are quite large. While it exactly the Halloween Blizzard of 1991, people got excited and shared plenty of pics and videos with us.

Among those most excited about the October snow were KARE staffers, who filled social media with their posts.

Wow! I wasn't expecting to wake up to this! ❄️ I guess we are starting winter early! pic.twitter.com/0OXEUEioXF