Drier air over the past few weeks and a warmer than average March lower the risk of 'major' floods this spring. 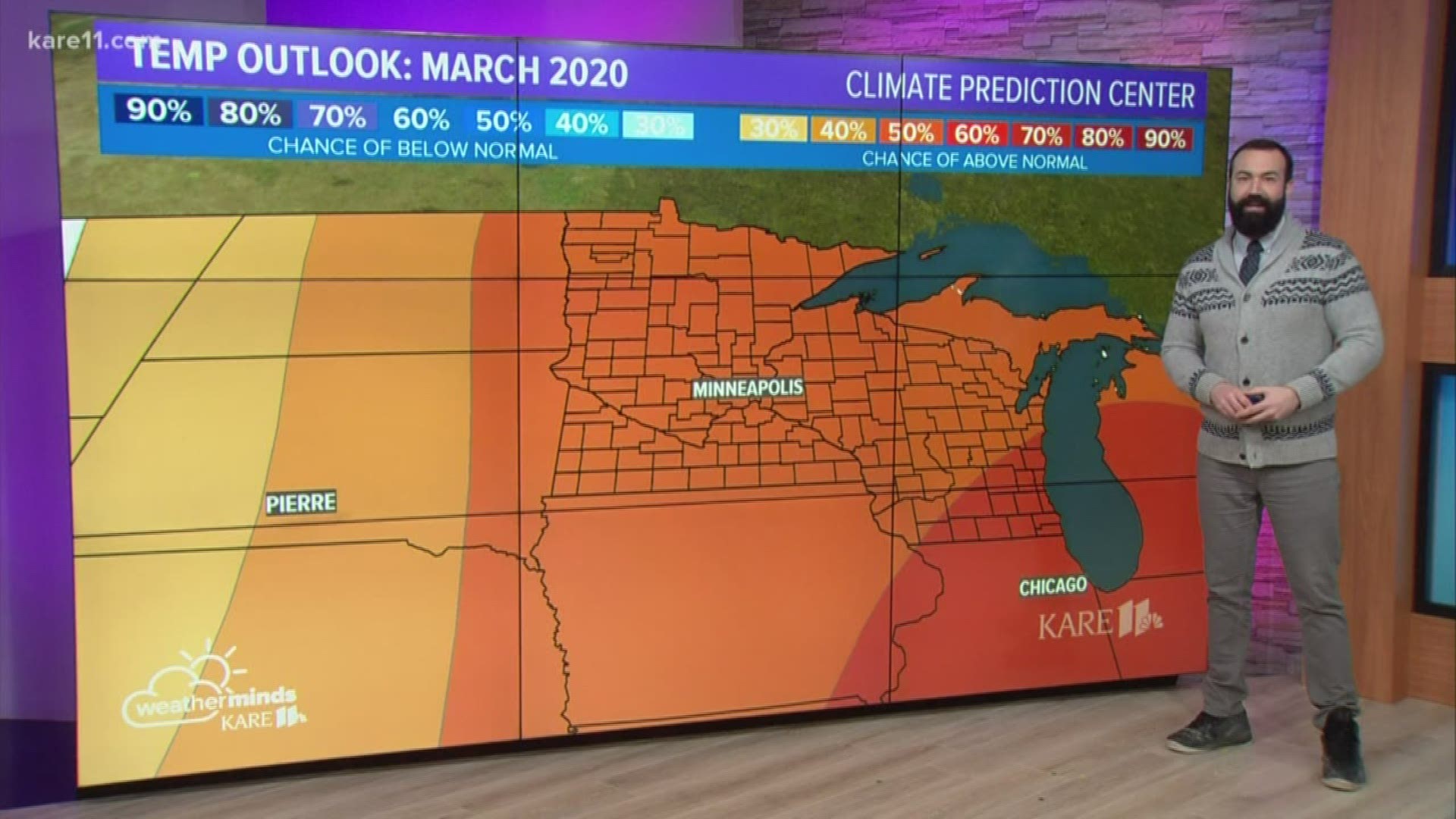 Now that we've reached the month of March, it means spring is just around the corner! Or is it? For meteorologists, spring actually started March 1. Having the meteorological season start on the first of the month makes it easier when comparing data.

So, let's look at this past winter. All three months were above average. January by far was the warmest month compared to normal while February was almost spot on. As for the season: we were about 3 degrees above average.

But what about March? The monthly outlook was just updated, and it looks like the eastern half of the country, including the Upper Midwest, is in for more milder air!

This is great news! Combined with the drier pattern that we've seen the last few weeks, it means a slight improvement to the flood outlook for later in the season. The threat for river flooding is still high, but the risk for major flooding has dropped a bit.

But you don't have to see major flooding to start seeing the impacts. Over at Fort Snelling, all you have to do is get up to 705 ft above sea level on the Minnesota River. That's not a major flood, that's not even moderate flooding. That's just above flood stage in general. While the odds of seeing a major flood here are only 28%, the odds of seeing impacts in the park this year? A whopping 97%

So don't let your guard down during this pleasant stretch. The flood threat is still high and just one heavy rain could push our chances for major flooding right back up.