WeatherMinds: Ice loss in the arctic

Usually only half of the Arctic's ice melts in the summer. This year, it was two-thirds. 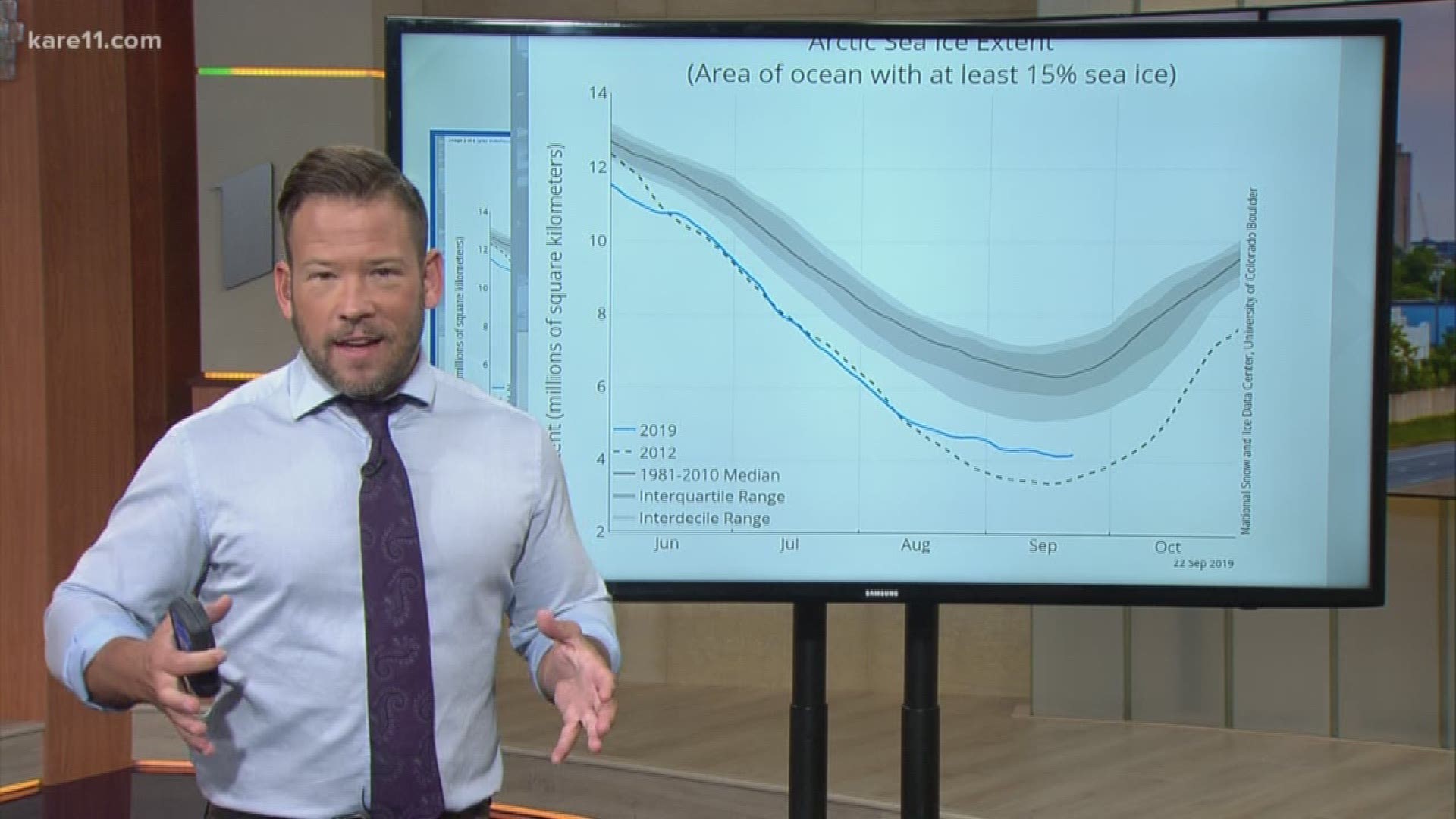 We've likely reached the annual arctic sea ice minimum after the end of the arctic summer. This typically occurs in September. Sea ice forms fall through winter and even spring in the arctic. Sea water has a slightly lower freezing temperature, due to the salt content, at 28 degrees (versus 32). Roughly half the sea ice melts during the summer months, but this year 2/3 of the sea ice melted in what was a record hot summer in many parts of the arctic. This is indicative of the fact that more and more ice is now seasonal rather than remaining through many years (what we call multi-year sea ice).

RELATED: Action on Climate Change heats up in Metro

2012 saw the record lowest amount of sea ice in the arctic, but 2019 has seen the second lowest! We monitor sea ice closely because just like ice in your glass of water, it keeps the waters cool so that it can refreeze quickly again in fall and winter.

Ice has unique properties in that the temperature is unchanged until all the ice melts, so eliminating ice from the Arctic Ocean would have a runaway affect on temperature. You can think of sea ice as the natural A/C of planet Earth in the northern hemisphere.

Climate models forecast that by mid-century we could see the arctic ice-free in summer, which would have major consequences for the arctic and global temperatures.