The 7.9 inches of snow that fell on Tuesday makes this month the second snowiest October on record so far. 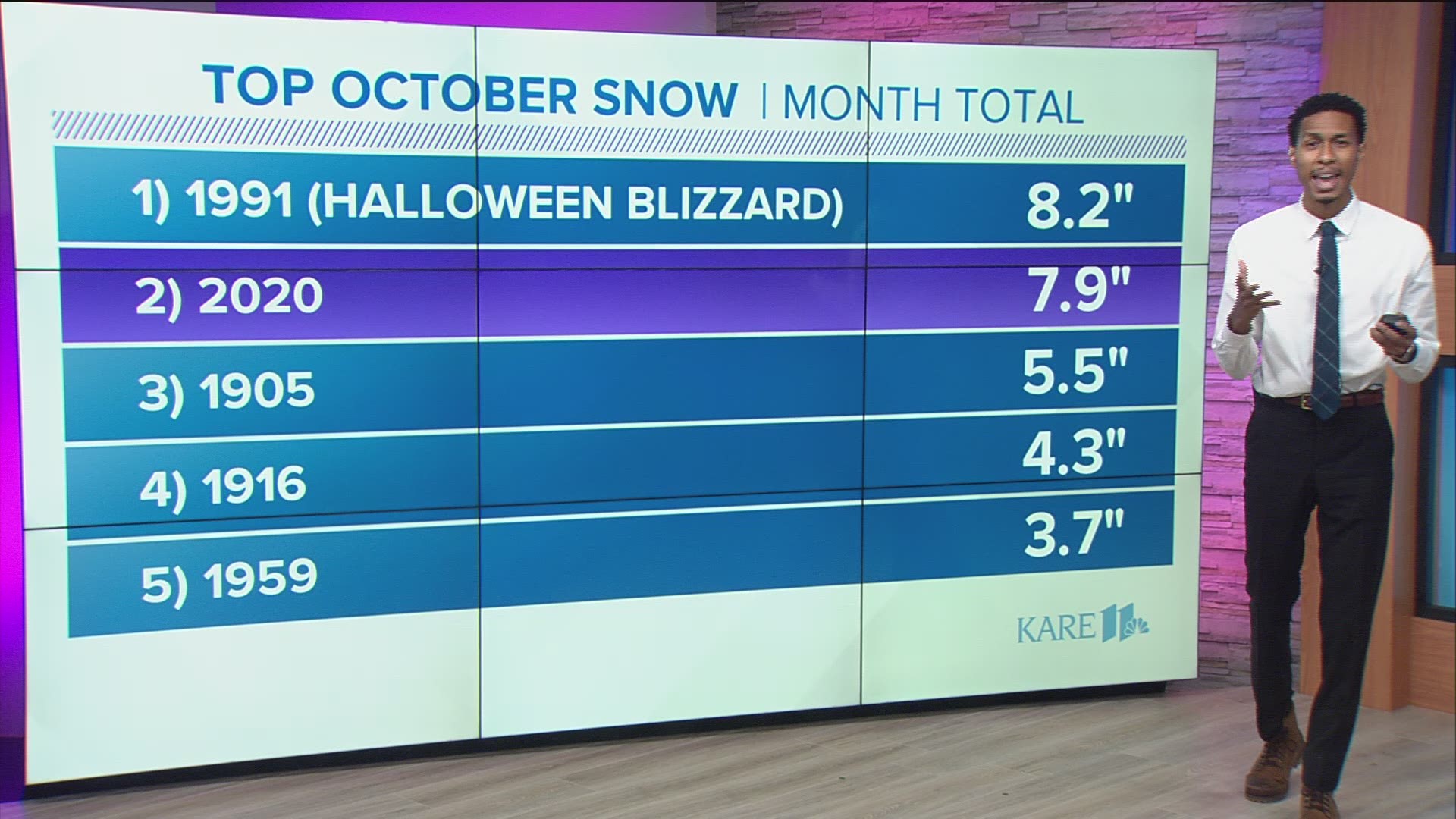 GOLDEN VALLEY, Minn. — Bottom line is that on October 20, 2020, we got the most snow we've ever seen this early in the season in recorded history.

The snow started early in the day in western Minnesota and reached the metro around 10 a.m. The accumulation started within the next couple hours and the heavy, wet snow didn't wrap up until after sunset.

When it comes to the amount of snow days in October, there have been 18 of them since 1883 with 1" or more falling. Four of those were two snowfalls in one month. This is yet another record that's possible for us to beat.

While the total from MSP International goes into the official record, it wasn't the top total from the metro.

Sedan, MN in the central part of the state took the top spot with 10.8" 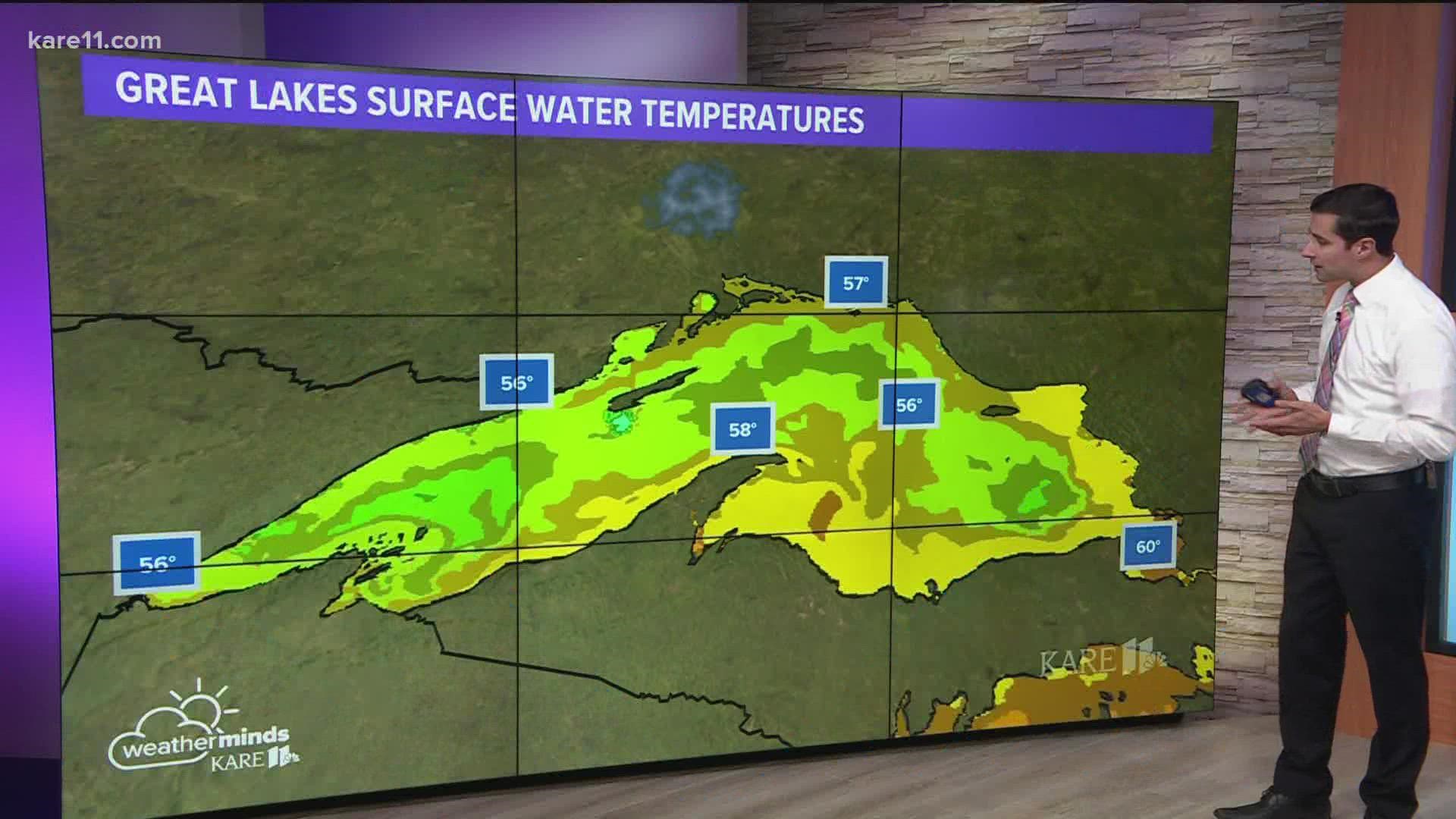 Why is Lake Superior so warm