The fire, started by a lightning strike, has destroyed prime koala territory in Australia. 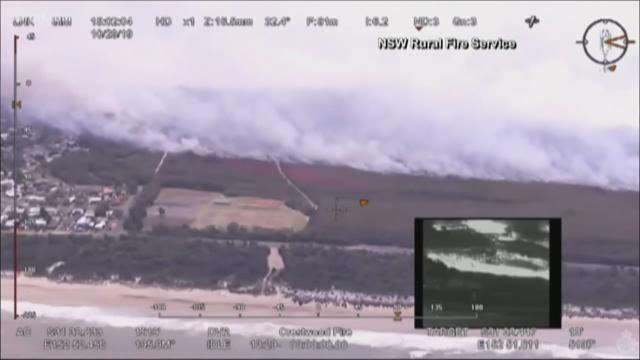 GOLDEN VALLEY, Minn. — California wildfires have been getting lots of attention lately but they're not the only fires raging right now.

Climate Change is having an affect not just on western U.S. fire seasons being longer and  more severe, but also in Australia, which has a similar cycle of wet and dry seasons.

This year’s drought was particularly harsh and more than 4,900 acres of prime koala bear habitat is burning. Hundreds of koalas are feared dead in the blaze.

This population of koalas is a particular blow since the population was healthy and genetically diverse- something that’s been a concern with habitat fragmentation and development.

You may recall earlier this year koalas were declared ‘functionally’ extinct because the population is separated too much into isolated pockets due to urban sprawl.