Viewer Alisa Kiffmeyer captured the pinkish tint to this morning's fog. The reason for the color all comes down to light and its wavelengths. 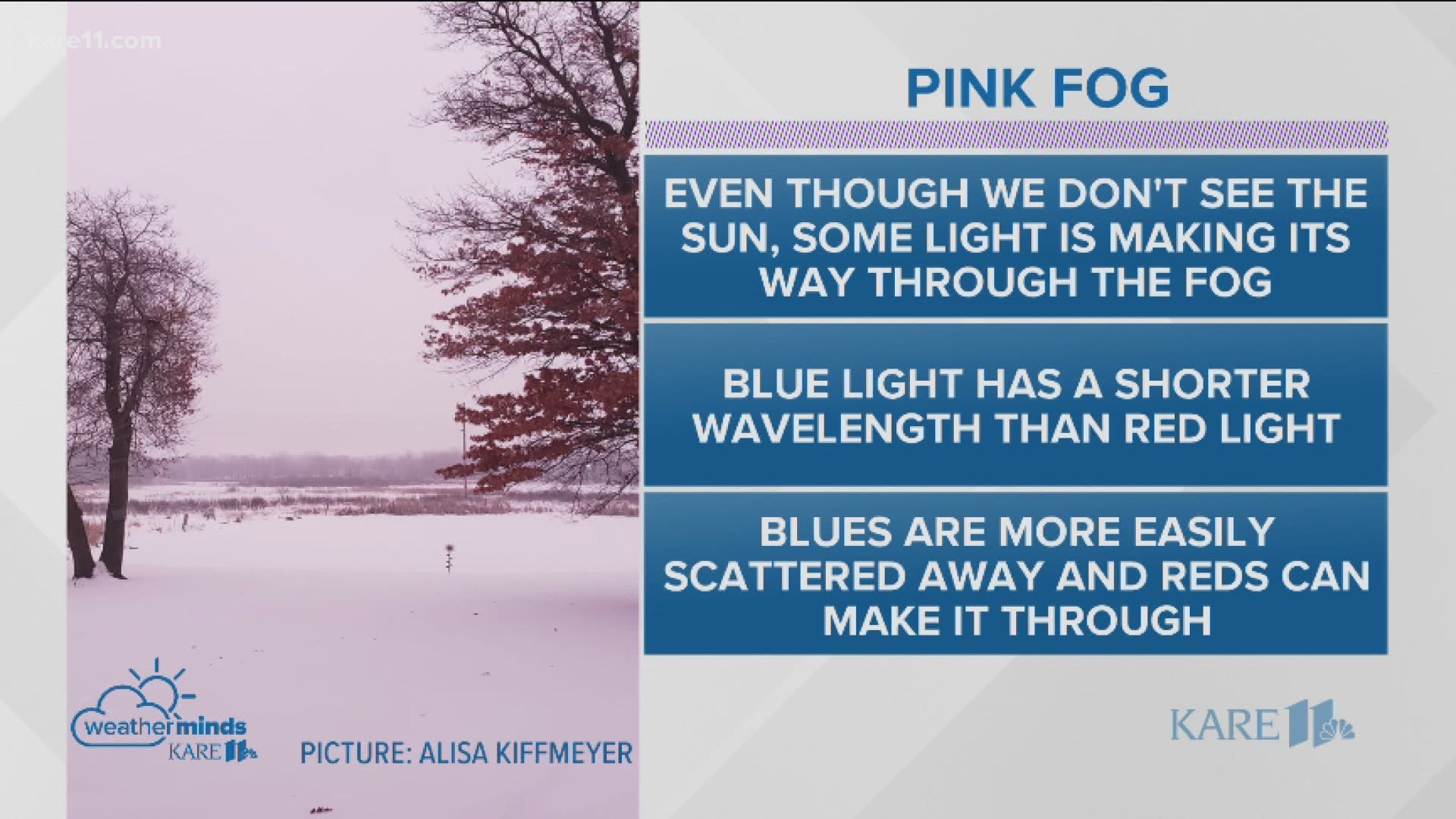 GOLDEN VALLEY, Minn. — You may have noticed something unusual about this morning's fog.

Alisa captured the pink tint it took on as the sun was coming up. She posted the photo in our Grow with KARE Facebook page asking what causes the fog to take on a pinkish color.

The answer is all about light and wavelength.

Even though it was foggy and gray, there was some sunlight making it through the low clouds.

Blue light has a shorter wavelength than red light. So the blue light gets scattered away as it bumps into fog droplets, ice crystals and other particles in the air.

The red light with a longer wavelength is more able to make it through. That's why the fog appeared pinkish this morning.