WeatherMinds: September was the 12th warmest on record

Even though the weather is cooling here in the Metro, many southern states are still seeing hot temps. 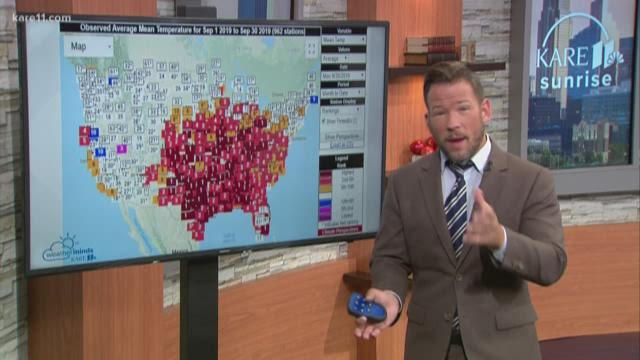 GOLDEN VALLEY, Minn. — We know the weather definitely turned to Autumn this week, but it was a very warm September. In the Twin Cities, we were really on the edge of the 'real heat', however. We tied for our 12th warmest September, despite a cooler start to the month we had a string of mid to late month 80s.

RELATED: WeatherMinds: The power of weather as an energy source