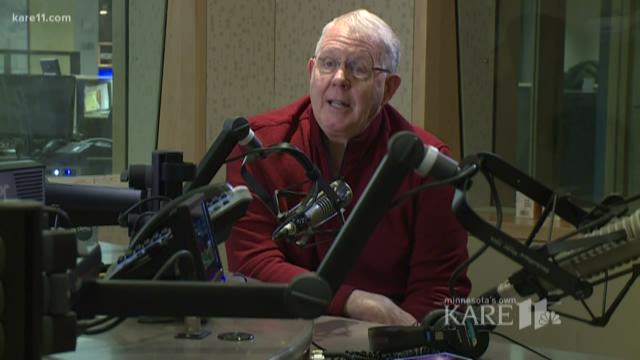 ST. PAUL, Minn. - Once you have your own jingle, what’s left? Mark Seeley earned his as a Friday morning regular with MPR's Cathy Wurzer.

The radio gig will continue, but Seeley’s 40-year stint as University of Minnesota Extension climatologist and meteorologist is about to end.

“I’ll be 71 years old this spring and its really time to slow down,” Seeley said Friday, just off the air.

The retirement won’t be official until Groundhog Day, but Seeley will be wrapping up, just after the first of the year, at the St. Paul campus where he maintains his office.

A southern California native, Seeley had been working at Johnson Space Center in Houston when he was summoned to interview for the U of M’s climatology position.

He arrived with his wife in the middle of Minnesota snowstorm, soon realizing there’s no more interesting place to study the weather.

“We experience about every form of weather that there is because we’re right smack dab in the middle of the North American continent,” Seeley said. “If you really want a challenge in your professional career this is the state to live in.”

Among the weather highlights during his career, Seeley cites the drought of 1988, the floods of 1997 and the 1999 blowdown in the Boundary Waters Canoe Area.

He came to Minnesota with a Ph.D., but Seeley also became a student of the sociology of Minnesota weather.

“I think Minnesota’s culture has been framed to a degree by its weather history,” he said. “We're known internationally as a very resilient culture in Minnesota, a culture that’s tolerated a lot. And we still say, ‘Well, could have been worse, you know.’”

At the same time, Seely expressed concern that Minnesota is losing part of its ice fishing, pond hockey, snowmobiling, culture due to climate change.

“The measured evidence for climate change is in reality as significant in Minnesota as it is in any other state,” Seeley said. “The signals are really strong in Minnesota that our climate has changed and is continuing to change.”

That challenge will now fall to others, as Seeley takes more time to simply enjoy the weather.