Minnesota Attorney General Lori Swanson filed a lawsuit against two companies that target financially vulnerable veterans and seniors, lending them small amounts of money then charging interest rates of up to 200 percent. 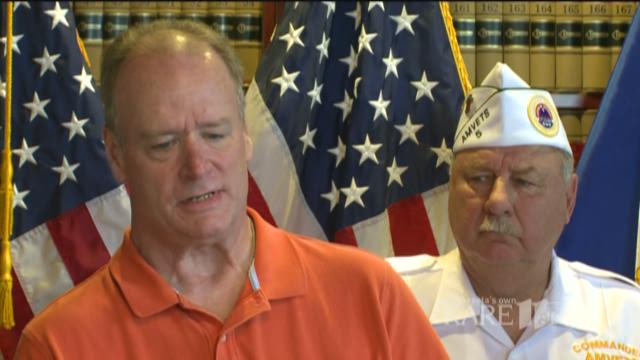 ST. PAUL, Minn. - Two companies are the target of a lawsuit by Minnesota Attorney General Lori Swanson, who accuses them of loaning money to vulnerable veterans and seniors, then charging them interest rates of up to 200 percent.

Swanson says those loans required borrowers to sign over significant portions of their monthly pension payments for up to ten years in exchange for relatively small loans taken out to cover household emergencies and basic living expenses. She alleges that the loans made by Future Income Payments, LLC of Delaware and FIP, LLC of Nevada. commonly charged annual percentage rates (APRs) of 200 percent.

“These companies had veterans and seniors sign over significant portions of their monthly pensions and benefits for years to come in exchange for much smaller immediate cash payments to cover basic living costs, medical bills, and household emergencies,” said Swanson in a released statement. “A pension is supposed to provide financial security, and people should be very cautious about giving away their future pension benefits to get just pennies on the dollar in immediate cash. Borrowers’ finances can become even tighter down the road if they relinquish their future monthly pension payments.”

Among the victims cited by the Attorney General are:

The lawsuit alleges that the companies violated state lending laws by issuing loans to Minnesota borrowers without being licensed as a lender, and by calling the transactions “purchase agreements” of a pension, not a loan. Over the last two years, Colorado, California, Massachusetts, North Carolina, New York, Washington, Iowa, and Pennsylvania, plus the Los Angeles City Attorney have all taken action against one or both companies for issuing unlawful loans.

Most loans issued by the company to Minnesota residents were for less than $5,000, and the most common interest rate charged to borrowers was 200 percent.