Births started early, and gained steam as the year went on 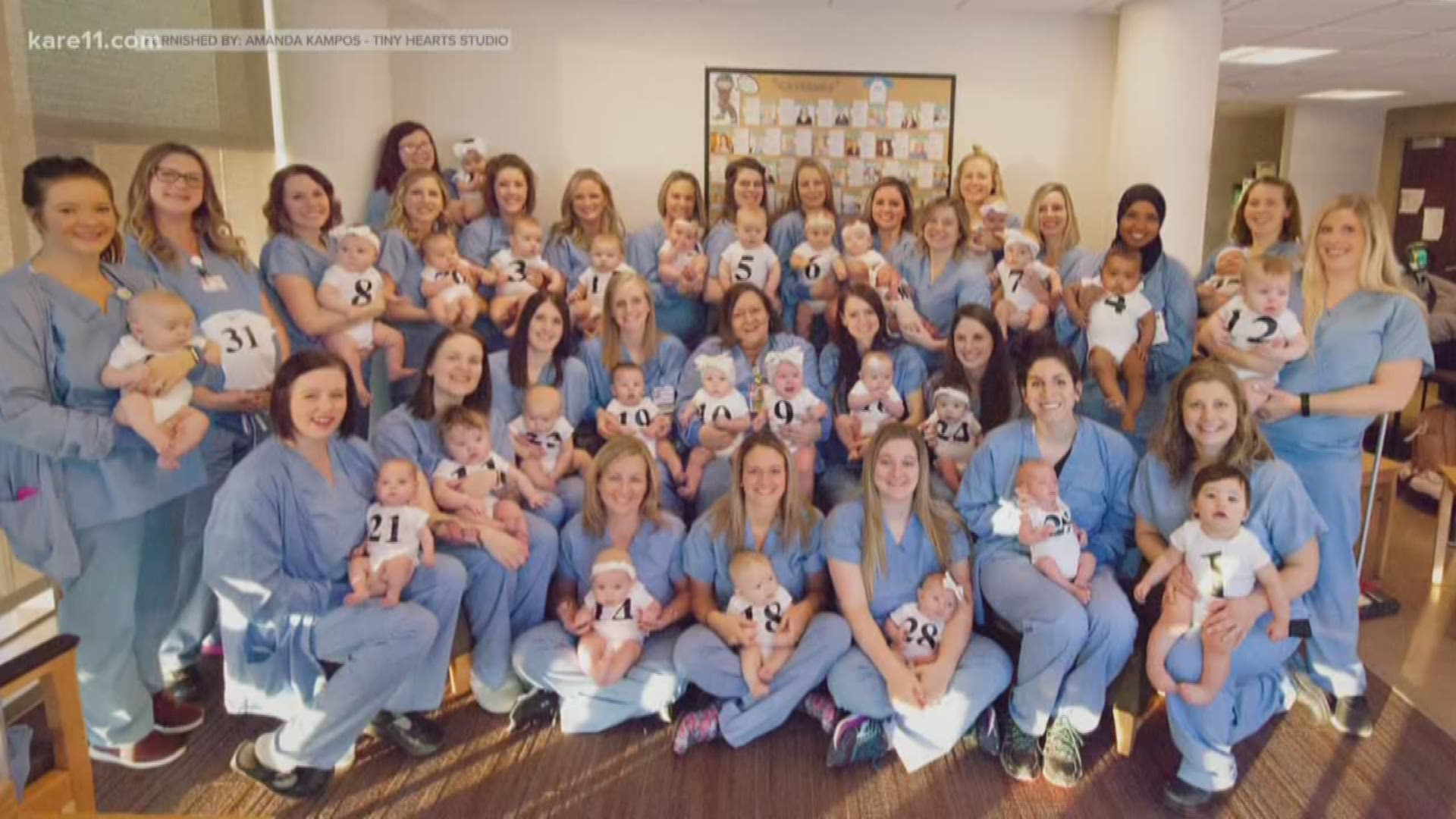 If you see folks standing around the drinking fountains at St. Cloud Hospital, it may be for reasons beyond thirst quenching.

“Everybody has mentioned that, that it's something in the water,” laughs Kallyne Harren, a register nurse at the hospital’s Family Birthing Center.

Harren is somewhat of an expert on the subject. In 2018, she gave birth to a boy named Kasen, placing her among 31 birthing center staff members who gave birth this year themselves.

Counting one set of twins, that’s 32 babies on a staff of roughly 150 people.

“It’s like one in five,” said Gabii Sunder, a health unit coordinator, who gave birth in June to Wesley. “It’s definitely is a thing up here.”

The pregnancies started late last year and picked up steam over the summer.

“Seemed like every day we'd come to work, it'd be like, “Hey, who’s pregnant?” RN Courtney Brevik said as she balanced her new son Asher on one knee.

“We have a whiteboard in our break room and every day when we'd walk in, everybody would make a point to look at the white board to see if there's another name added,” said Harren.

“They kept coming,” added Tasha Johnson, a birthing center RN who gave birth to Taylor. “You’ve got to love babies to be up here.”

Just before Christmas, all but a couple of the moms and babies gathered for a group photo, each infant wearing a onesie numbered prominently with their birth order.

“There was only one fussy baby in the picture and it actually went really smooth,” said Sunder, who organized the shoot.

The baby boom proved to be a source of amusement for at least one patient.

Hassan gave birth to Maher, the fourth baby born in 2018 to a birthing center staffer.

A drinking fountain gurgled nearby.

Already,15 birthing center staffers have added their names to the whiteboard for 2019.

“That's the joke,” said Harren.  “Don't drink the water, you're gonna get pregnant.”