Amazon returns at Kohl's: How it works, why they're doing it

Wisconsin-based Kohl's says in July it will start accepting returns from Amazon at all of its stores nationwide. 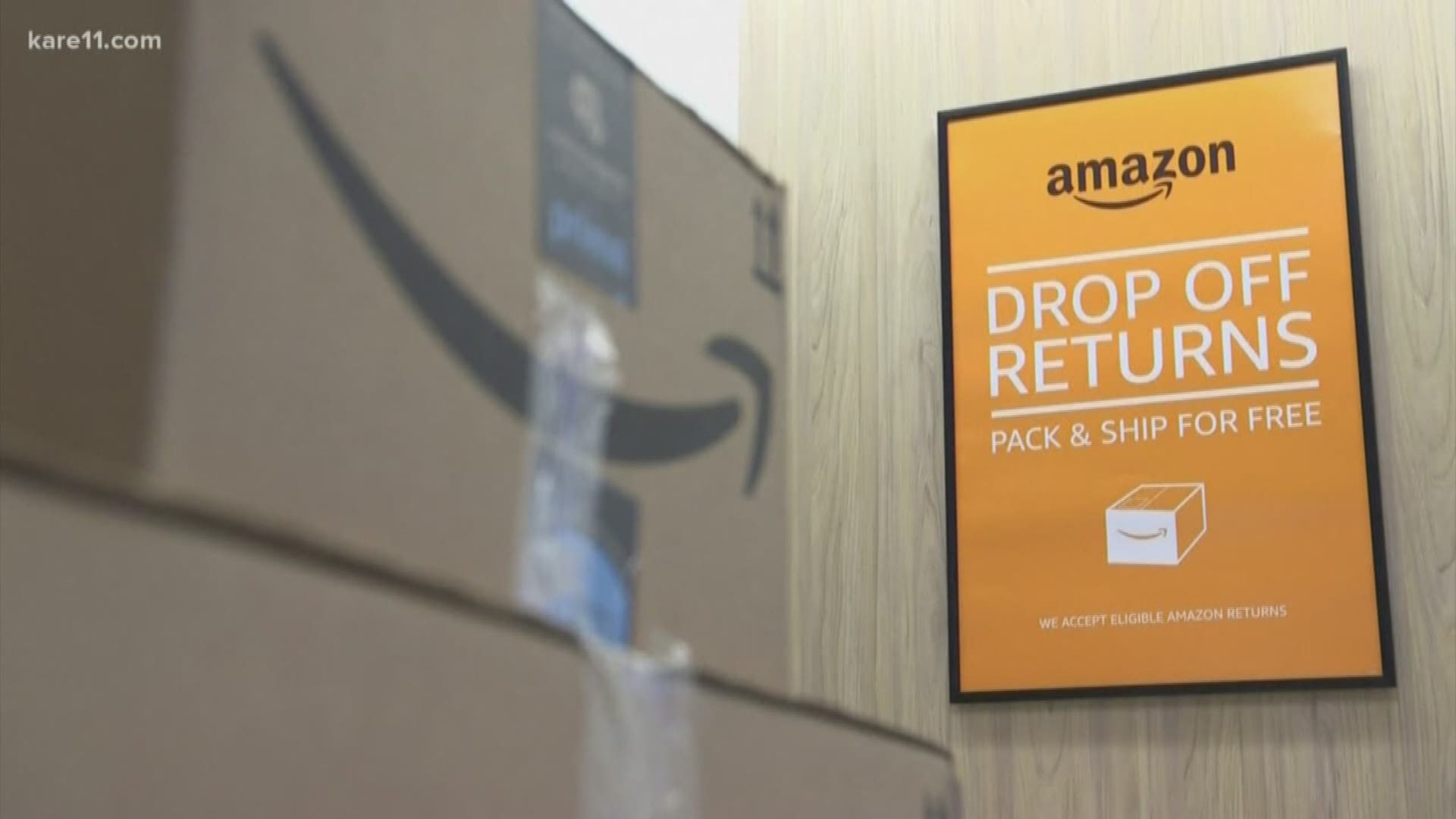 MINNEAPOLIS — A new alliance is forming in the battle between online and brick-and-mortar stores. Wisconsin-based Kohl's says in July it will start accepting returns from Amazon at all of its stores nationwide.

It seems pretty simple: Buy something on Amazon, bring it into Kohl's, and they'll ship it back to Amazon for free. Kohl's say the item can be unpackaged, without a box or label.

To make sure your item is eligible for an in-store return, check Amazon's online return center. As long as Kohl's is listed as a return option for your item, you're good to go.

It's certainly a win for customers, giving them another, possibly more convenient, option for making online returns.

Amazon is winning, too. University of Minnesota marketing professor, George John, says the convenience of an in-store return option might entice people to buy more on Amazon.

So what does Kohl's get out of it?

Kohl's declined to say how much the move will cost them and whether Amazon is paying them anything to do it.

But in a release Tuesday, CEO Michelle Gass said, "This new service is another example of how Kohl's is delivering innovation to drive traffic to our stores and bring more relevance to our customers."

John isn't sure foot traffic will translate into sales.

We asked Kohl's how customers will get their money back when they return Amazon items in store, whether they'll get refunded immediately or be refunded once Amazon receives the return. As of this publishing, we are still waiting on a response.