Another Minneapolis bus vandalized by bicyclist, 3rd in a week

Minneapolis police say bicyclist in this latest case could be a "copycat." 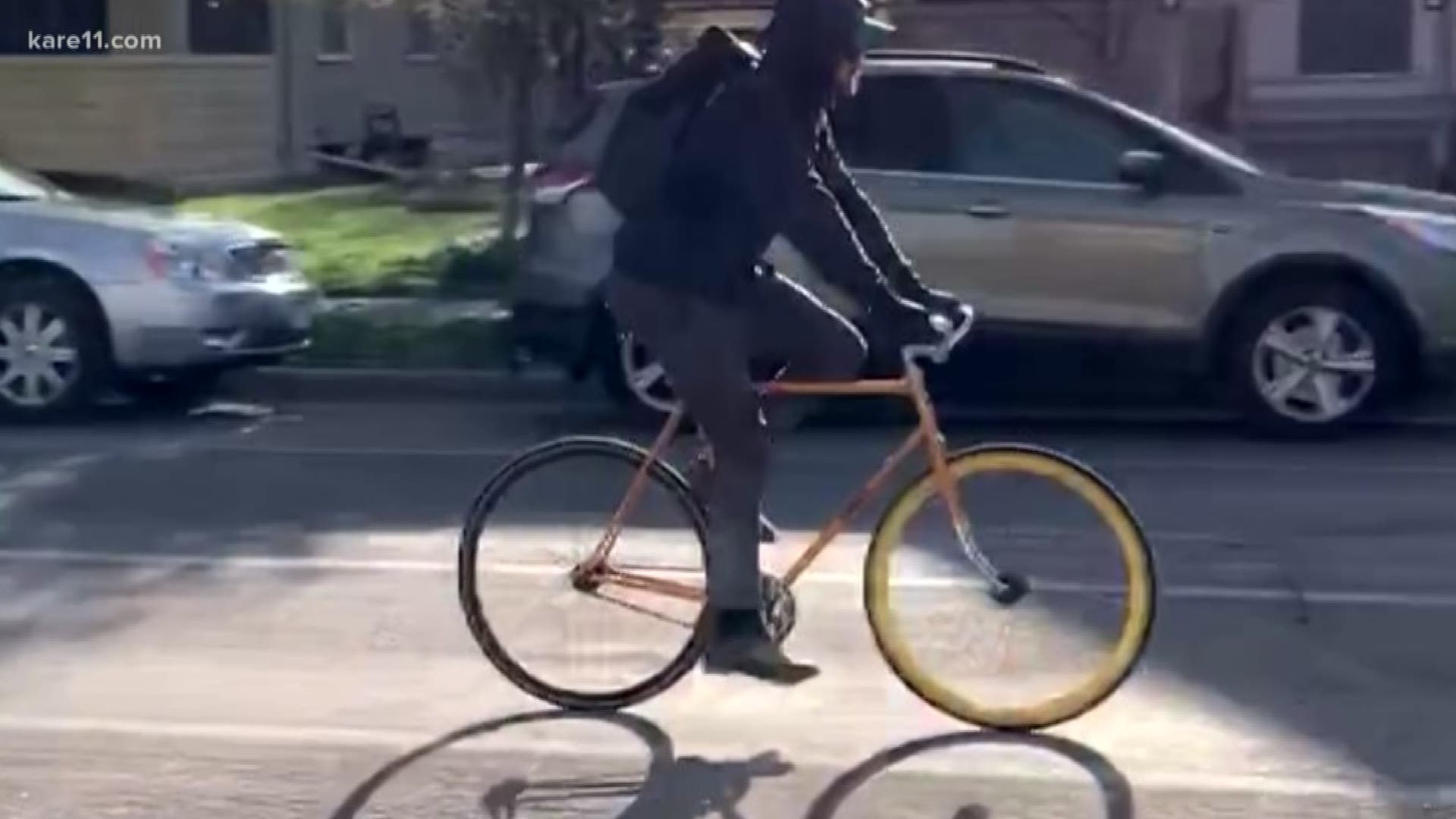 An unusual rash of vandalism on school buses in the metro has grown.

For the third time this week a bicyclist smashed the window of a school bus in Minneapolis.

Police say, the bicyclist smashed the back window of the bus and took off.

"That individual was identified and issued a citation for damage to property," Minneapolis police spokesman John Elder says.

Police aren’t sure if the man they caught Friday is responsible for two previous incidents in South Minneapolis this week.

In those two incidents, a bicyclist smashed the windows of the same school bus, driven by the same driver, on two separate occasions.

Police say the bicyclist was upset because the bus was parked in the bike lane.

"This could be a copycat," Elder says.

In the two previous cases the bicyclist was driving a distinctly colored yellow bicycle with a yellow front wheel.

"This is not the same bicycle, but that doesn't mean it's not the same person. Bicycles are so easy to loan, borrow or swap," Elder says.

“Given that there was so much publicity about that particular bicycle and the color, it would not be uncommon for someone who wants to continue criminal behavior to change up their mode of transportation.”

The bicyclist caught Friday was cited with a misdemeanor for property damage.

That citation could grow to become a gross misdemeanor or even a felony if police connect him to the two previous vandalisms in South Minneapolis.