Federal investigators say Andrew Welsh used an accelerant to start his desk on fire, and the flames then spread to destroy the historic building. 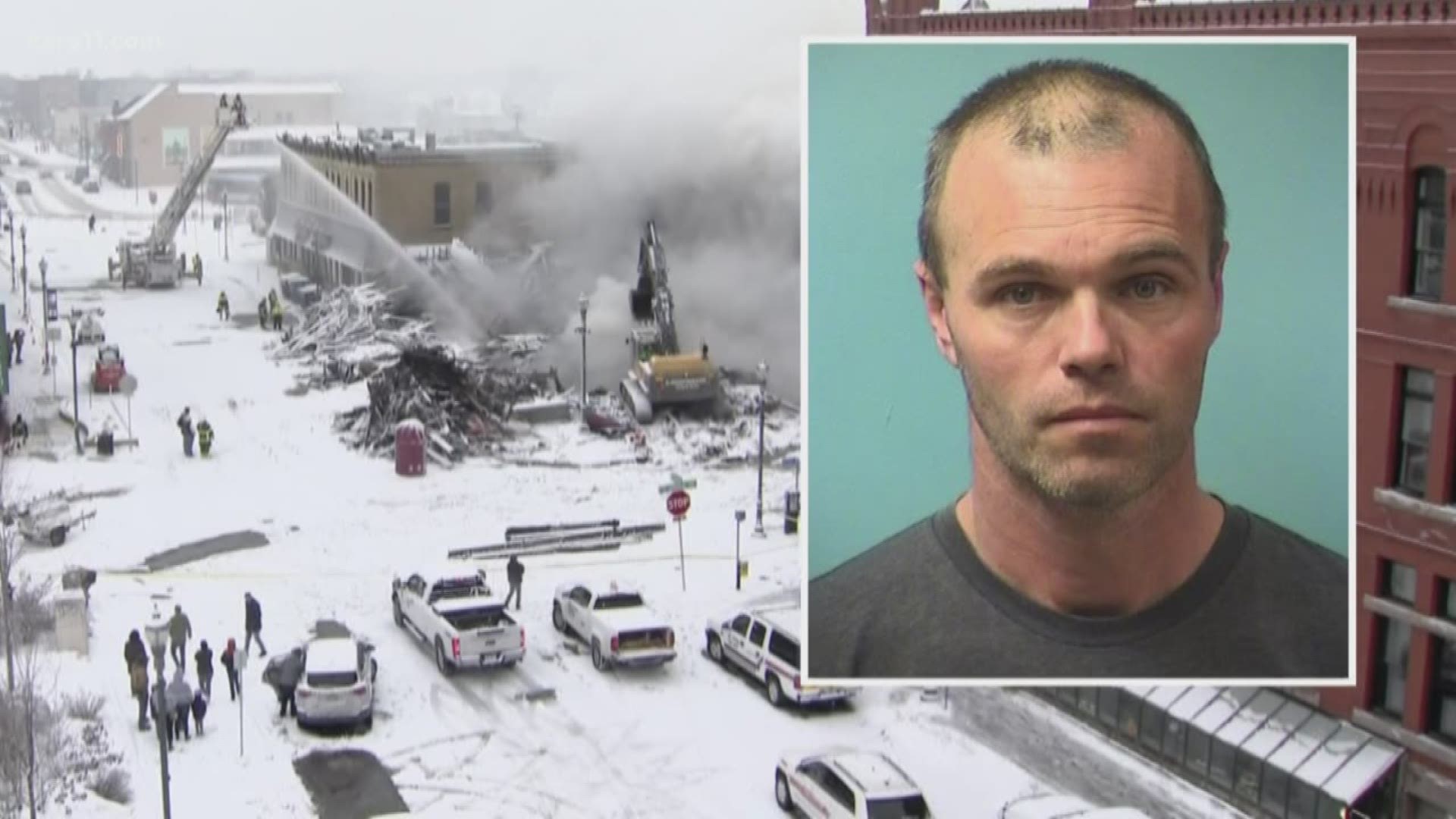 ST. CLOUD, Minn. — The owner of the Press Bar in St. Cloud is charged with two counts of first degree arson for allegedly setting his establishment on fire and burning it to the ground.

Andrew Charles Welsh appeared in Stearns County Court Tuesday to face those charges, and have bail determined. Judge John H. Scherer set Welsh's bail at $1,200,000 without conditions or $200,000 with conditions, which include surrendering his firearms and passport, and agreeing not to leave the state.

A criminal complaint filed against Welsh says despite the Press Bar being reduced to rubble the morning of Feb. 17, forensic fire investigators from the Bureau of Alcohol, Tobacco, Firearms and Exposives (ATF) were able to determine the fire started on Welsh's desk in the basement of the Press Bar. Prosecutors say the fire patterns and damage observed were inconsistent with light or appliance failure on top of the desk. Electrical appliances and objects from Welsh's desk were examined and no evidence of failure was observed.

Instead, a uniform "clean" white burn on the wall of Welsh's office was, according to investigators, consistent with a fire started by an accelerant splashed across the area. A specially trained dog was brought in and indicated the presence of accelerants on multiple areas of Welsh's desk. Lab tests backed up those findings.

A Press employee told authorities that Welsh was alone in the basement for much of the evening.

When questioned, investigators say Welsh admitted he was the last one in the office before the bar closed, but denied having accelerants or starting a fire in his office.

RELATED: The Press Bar in St. Cloud a 'total loss' after fire

A probe of the defendant's financial records found that he had taken out an insurance policy worth $1.3 million on the Press Bar and Parlor building, with an additional $300,000 coverage for equipment. The criminal complaint says a number of employees told investigators that business at the Press was declining to the point that the bar stopped selling tap beer, and began reducing staff.

Court documents in a separate case also indicate Welsh was struggling financially. A contractor known as Elite Concrete Construction filed a civil complaint in Benton County Court alleging Breach of Contract, and seeking a lien on a property owned by Welsh due to an unpaid bill of $53,721.

"Based upon the entirety of the investigation, investigators determined that the defendant had the means, possessed the motive, and had the sole opportunity to commit arson," reads the arson complaint filed against Welsh. "The evidence establishes that the defendant intentionally used an accelerant on his office desk and ignited the vapors from the accelerant, causing the Press Bar fire. The resulting fire caused damage to the entire Press Bar property, the property connected to the Press Bar, and endangered the residential tenants on the other side of the appurtenant wall above Cowboy Jacks (an adjoining bar)."