After losing his wife, Jay Mitchell decided he couldn't lose his dog, too. 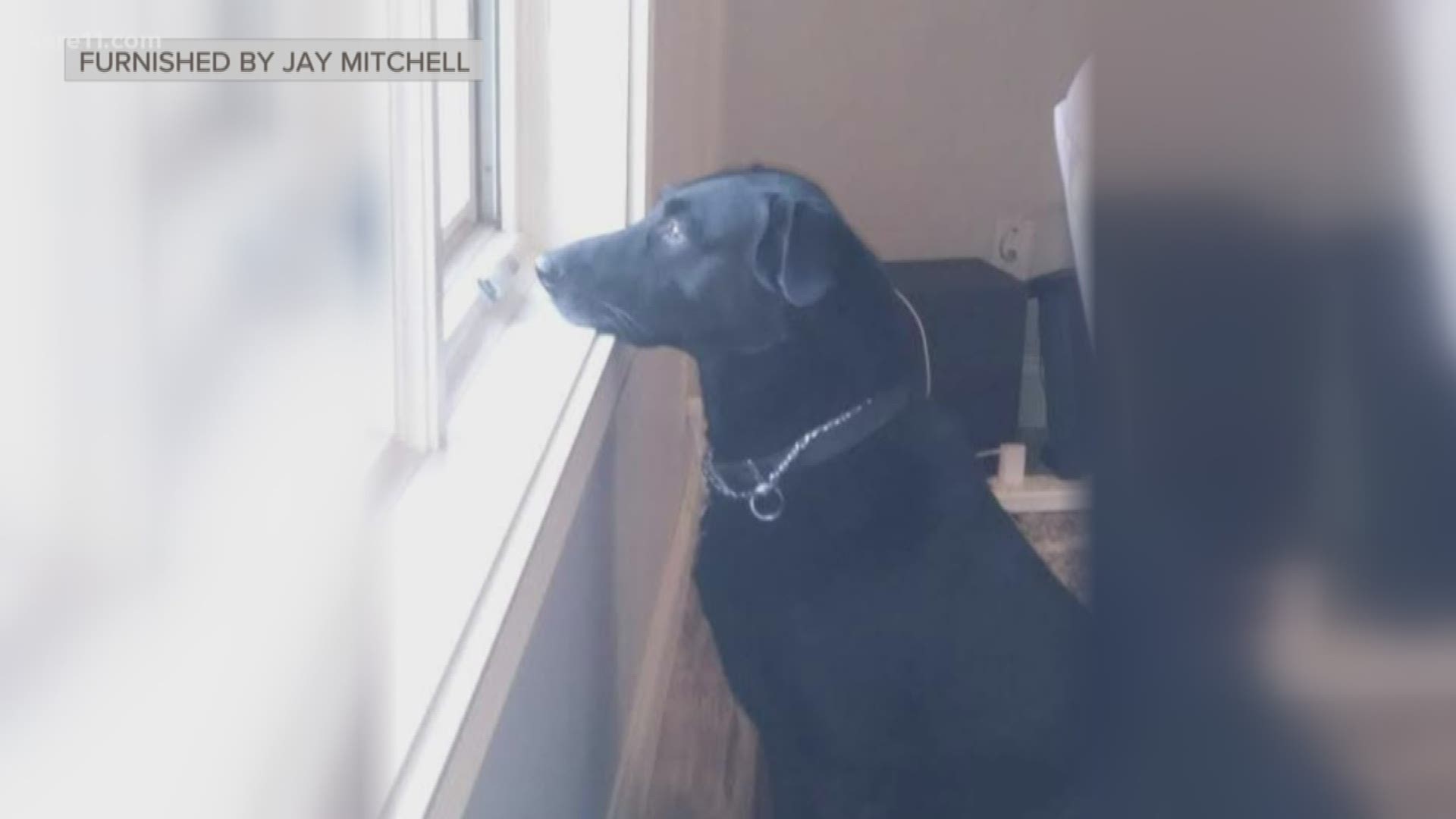 MINNEAPOLIS — The subzero winter temperatures brought with it harsh realities for those who were outside during the brutal cold.

Jay Mitchell is one of those patients. Friday, he greeted people in his room in the burn unit, with his feet wrapped up in bandages.

His wrist showed a yellow band indicating that he is a "fall risk."

Despite the severity of his injuries and infection, Mitchell was in good spirits, pointing out the various picture frames he had placed on top of a hospital cart.

There were four pictures in total, three of them featuring Mitchell and his late wife, Katherine. One showing Katherine in her teens, in a prom gown.

Mitchell said although Katherine was small, she had a firecracker-like personality. Precisely the reason he fell deeply in love with her. He said he was there by her side, all the way until the end.

"I was my wife's caregiver for 22 months and all I focused on was her," Mitchell said.

After Katherine's death and her funeral earlier in January, Mitchell became homeless and started living out of his truck.

Hardship came after hardship, and another one presented itself when the cold struck.

"I started getting white blisters on my toes," Mitchell explained. "I had slight frostbite when I first moved here and I thought-- this ain't good."

Mitchell said he felt his feet go numb while he was spending time outside. When he was finally able to find a room at a motel through the generosity of others, the warmth revealed his frostbite was worse than he had thought.

He said he drove himself to North Memorial Hospital where they immediately transported him to HCMC's Burn Unit. However, Mitchell had other priorities on his mind.

"I left against medical advice to save my dog," he said. "He was trapped in that room you know, I only left a little bit of food and water down. They told me if you leave you can die."

Mitchell said he and his wife picked up Hero when Hero was just 8 weeks old from a farm for 15 dollars. Together, he and his wife promised each other that they will always look out for one another.

"We made a pinky swear over 20 years ago, no one gets left behind," Mitchell said. "That included Hero. I wasn't going to leave him behind either."

Mitchell said he didn't return to the hospital until he knew Hero could find a place to stay while he healed. Days after, his prayers were answered.

"I know it may sound silly to give that much for a dog but he isn't just a dog to me," he said. "He's like a human being, like my own son."

"Even if it turns out to be that you're just a little numb, it's better than waiting and having this happen to you," Mitchell said.

Doctors at HCMC say Mitchell is on drugs to fight infection and also to help blood flow back to his feet as much as possible.