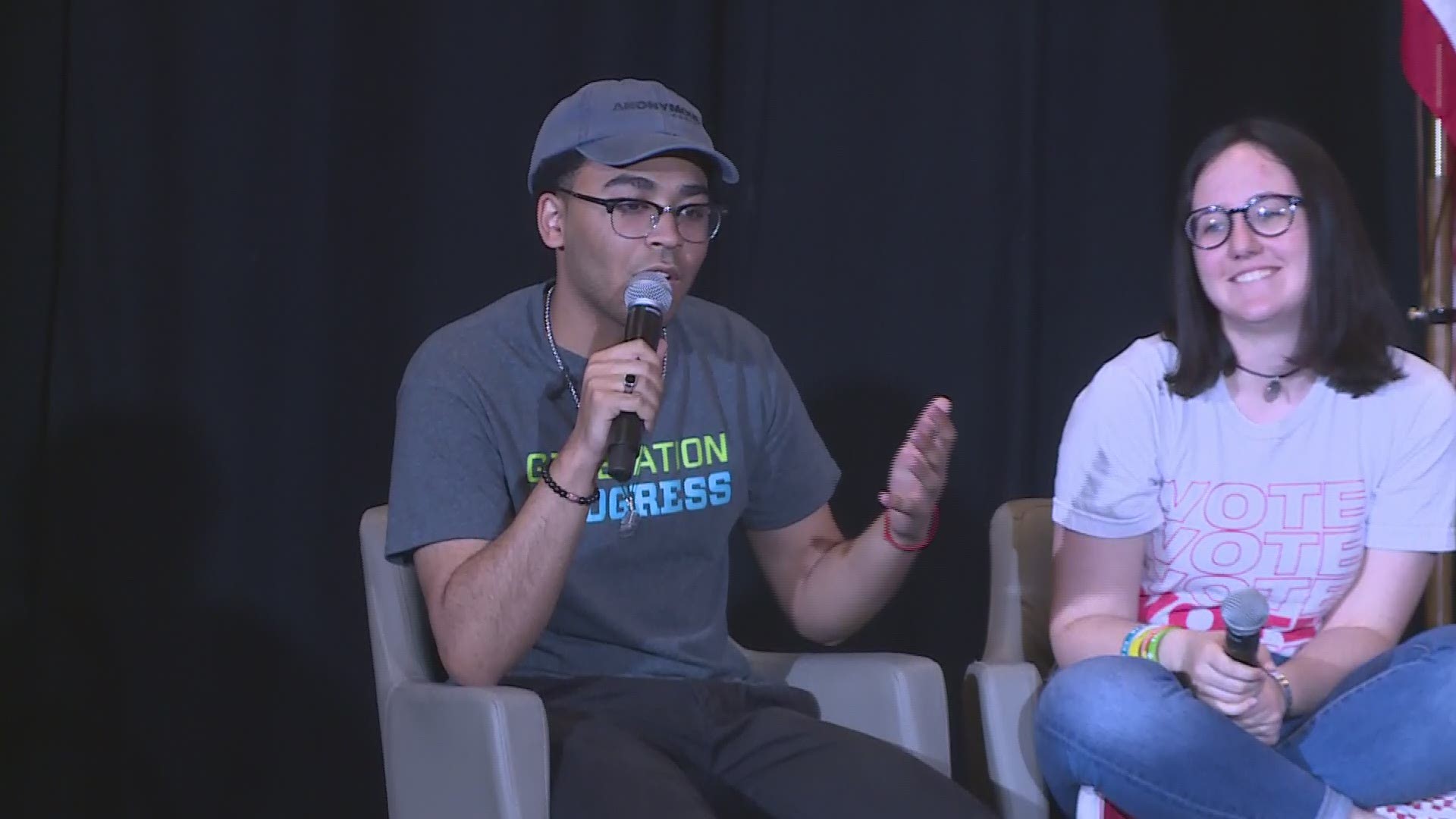 MINNEAPOLIS -- Former Rep. Gabby Giffords and her husband, Capt. Mark Kelly, were in Minnesota Friday and Saturday, as part of their national campaign to prevent gun violence.

They've been traveling the nation in support of candidates who favor reforms such as universal background checks, gun violence protection orders and public health research on the shootings.

"We do work in about 45 different states right now. We’ve helped pass 250 pieces of legislation that are saving people’s lives," Kelly, a former NASA astronaut and US Navy combat veteran, told reporters.

"When you look at the gun lobby, what they promote, that puts people at risk."

Kelly said gun deaths and injuries dropped in Connecticut after that state passed universal background checks, in the wake of the Sandy Hook Elementary mass shooting that killed 20 children and six adult staff.

Kelly and Giffords held a roundtable at a hotel near the University of Minnesota with community activists, gun violence survivors, clergy, law enforcement some of the DFL candidates they've endorsed.

Rep. Tim Walz, who is running for governor and served in Congress with Giffords, said the NRA of today is not the same organization of hunters and outdoors enthusiasts that it used to be.

Other endorsed contenders on hand were congressional candidates Ilhan Omar and Dean Phillips, who said the influence of big money is distorting the issue in Washington.

"You can’t have hand grenades and bazookas and bombs on our streets, why should you have any weapon or device that can cause mass human carnage in a matter of moments?" Phillips said.

Kelly and Giffords became activists on gun violence in the aftermath of a 2011 mass shooting in Tucson that claimed six lives and left Giffords with permanent brain damage. She still suffers a aphasia, which makes it difficult for her to form sentences and engage in conversations.

"Do you have the courage to fight? Stand with me! Vote! Vote! Vote!" Giffords implored the roundtable audience, as part of a speech she had memorized.

Bob Mokos, a Burnsville veteran who lost his sister Diane to a random shooting, said it should up to the American people to decide how the 2nd Amendment should be interpreted.

"To me the Second Amendment has been hijacked by the gun manufacturing lobby, through the NRA," Mokos remarked.

He appears in a Giffords PAC political ad targeting 2nd District Congressman Jason Lewis for his opposition to added gun control measures. Rep. Lewis has said he would oppose universal background even if the NRA hadn't donated to his campaign, because he believes it won't prevent mass shootings or gun crimes.

Lewis said the government should focus instead on fortifying school buildings.

Later Friday, Giffords and Kelly co-hosted a gun safety town hall meeting at the U, which featured March for Our Lives co-founders Ramon Contreras and David Hogg, a survivor of the mass shooting at Marjory Stoneman Douglas High School in Parkland, Florida. Fellow survivor Sophie Whitney also appeared, along with local college and high school students involved in the movement.

Austin Berger, a U of M sophomore and organizer for March for Our Lives Minnesota, said that campaign finance reform could help bring gun laws into alignment with public opinion on the issue.

"Money is influencing the decisions of policy makers, and sometime these decisions are influenced so policy makers don’t always act in the public good," Berger told KARE.

"We see the gun lobby and the NRA pour money into politicians' pockets to make them vote against what is the opinion of 93 percent of Americans."

A day after the Giffords events at the U of M, a man armed with an AR-15 style assault rifle attacked a Pittsburgh synagogue and killed at least 11 people. The gunman also injured four police officers before he was captured.