Since December 24th, more than 40 frostbite patients have checked in at HCMC. 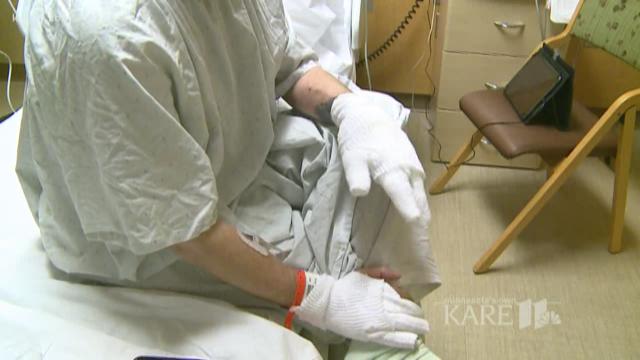 MINNEAPOLIS - It's been a bad year for frostbite, according to doctors at the Hennepin County Medical Center.

The bitterly cold temps have certainly been a factor in the high number of cases this winter, with a majority of cases happening when the temps dip below zero.

Since December 24th, more than 40 frostbite patients have checked in at HCMC.

That's not including the countless other patients who are receiving guidance through the center's top research staff.

"We get calls pretty much every night asking for, at least advice, if not a transfer of a patient," Dr. Ryan Fey says.

Fey and his colleagues are putting out some of the most revolutionary frostbite research in the field. Along with researchers in Salt Lake City, Utah, the team at HCMC is considered one of the best in the world.

"We have the opportunity to do research that other people can't do, just because they don't have the number of patients we have," Fey says.

About two years ago researchers at HCMC created a new way to measure the severity of frostbite. They call it the Hennepin Frostbite Score.

"Before, we were quantifying it the same way we quantify burn injuries, and they're different," Fey explains.

Besides measuring the severity of frostbite, doctors at HCMC are also coming up with new ways of treating it as well.

They were the first to use stroke medicine on frostbite patients several years ago and have been leading the research on it ever since.

The medicine helps bring blood back to the brain after a stroke and does the same for fingers and toes after frostbite.

"We've also been researching other avenues of wound healing, including the use of hyperbaric medicine," Fey says.

Early research suggests the increased oxygen in the center's hyperbaric chamber helps reduce swelling and speeds up a patient's recovery.

HCMC doctors are also using new imaging tools to monitor a patient's recovery, so they can keep an eye on blood flow and prevent amputation.

They're also changing the way they view mobility.

Fey says the old way of thinking was to be very cautious and careful when it came to moving a frostbite patient during their treatment.

He says they're now finding evidence that suggests getting the patient moving earlier on in their treatment may increase blood flow and speed up recovery.

Doctors say these new techniques have helped them save several fingers and toes.

One patient, who has chosen to remain anonymous, credits these new techniques with saving three of his fingers.

"Without a doubt. I probably would have lost three of them and that's a scary thing to think of," the patient says.

This patient says he was caught in downtown Minneapolis late Saturday night without any gloves.

Due to the Super Bowl festivities he couldn't find a cab ride home and says his hands were exposed for about 30 minutes.

"I was very scared. Being that I work with my hands for a living I was very worried I was going to lose at least one of my fingers," he says.

Several research studies are currently underway at HCMC. For more on this ongoing research, click here