A 13-year-old in Minneapolis is skipping the lemonade to beef up his chances of making a little summer cash. 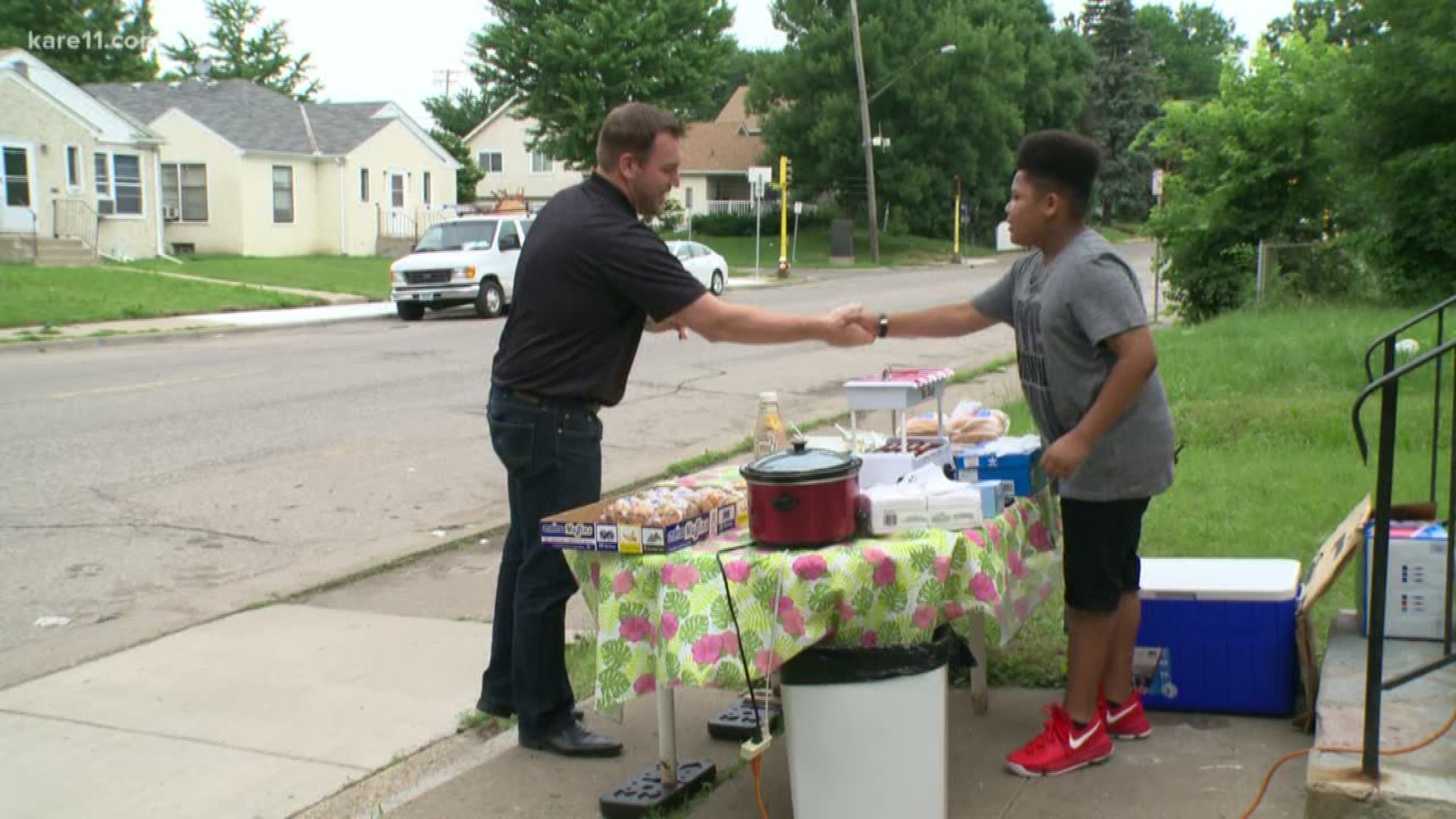 MINNEAPOLIS -- Business is booming at a 13-year-old's hot dog stand in north Minneapolis.

With the help of his uncle, Faulkner started his summer hot dog stand in 2016. They took a break last year but Faulkner was determined to do it again this year. He's been back in business since last week.

"It puts pride in me to see that I'm doing something good for the community," Faulkner said.

Officers with "Bike Cops for Kids" in Minneapolis visited Faulkner's stand and posted about it on Facebook earlier this week. The post has more than a thousand likes and has brought in some new customers.

"I think when a lot of kids are inside and they're not taking advantage of the beautiful weather and the summertime opportunities, he's out here and being very entrepreneurial and it's nice to see," said Brent Snyder of Minneapolis. Snyder stopped by after seeing the Bike Cops for Kids post.

"The response has been great," Faulkner said. "I appreciate it."

This young entrepreneur is saving money for school clothes and shoes.

"It's good to start young with buying your own stuff," he said.

"My teacher was always saying that black people always got a bad name on their shoulders, no matter... we can go into a store, like oh, we gotta watch him," he said.

Faulkner recalled a time when he was shopping at the grocery store and was falsely accused of stealing gum.

"We looked behind me and found that the security was following us the whole time... They thought I put it in my pocket and I was going to leave," Faulkner said. "I was thinking, I can't be having a bad name on me just because I'm black. So I'm doing something good for blacks so they can get a good name too."

Faulkner said customers can stop by his hot dog stand any time this summer at 1510 Penn Avenue North. It's open Monday through Friday, at about 11 a.m. to 7 p.m.