More than 5,000 potentially fraudulent unemployment claims were filed in the past month. Security experts tell KARE 11 a foreign crime ring is likely involved. 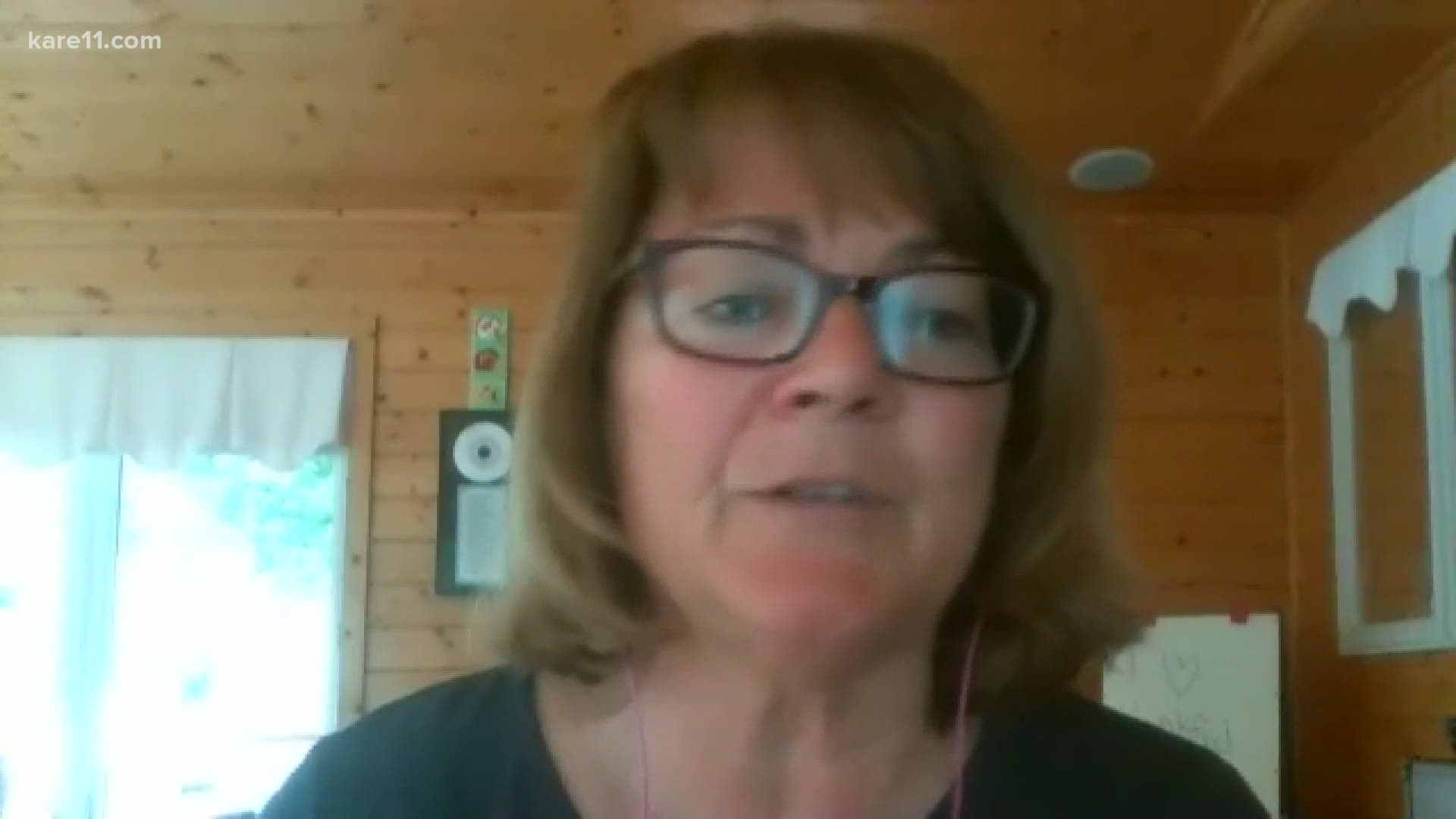 ST PAUL, Minn. — It was mid-June when Vickie Geier of New Hope opened her mailbox to find letters from the state unemployment office. They indicated her benefit amount and sent her a password.

The only problem? While thousands of Minnesotans have filed for unemployment related to the pandemic, Vickie isn’t one of them. She still has her job working at a local school district.

“I was pretty shocked,” she said. “They would have needed my social security number and obviously my address and where I am employed.”

Vickie is one of hundreds – potentially thousands – of Minnesotans who’ve had unemployment claims started in their name without their knowledge.

While Minnesota Department of Employment and Economic Development, known as DEED, hasn’t said where the fraud is coming from, security experts say it’s likely the work of foreign criminal enterprises.

After Vickie discovered the fraud in her name, she says she called the DEED’s unemployment line, waiting two hours to speak to someone. Her notes from the call indicate she was told they’d had several reports all from May 24, the same day the filing in her name was made.

The Secret Service warns while some states had been hit early and hard, “It is extremely likely that every state is vulnerable to this scheme and will be targeted.” The bulletin said the potential losses to taxpayers could be in the hundreds of millions of dollars.

“It’s essentially a free-for-all for a lot of these west African cyber criminals who do this for a living,” says Crane Hassold, Senior Director of Threat Research at Agari Security. He’s been tracking these groups.

Hassold says Minnesota is a likely target. They’re hopping from state to state, testing each state’s procedures to see if they can make any money through each state,” he explained.

He says the thieves are using stolen identity information to try to cash in on the extra unemployment benefits Congress approved during the COVID-19 crisis.

A spokesman for Minnesota DEED confirms, “We’ve seen an uptick in activity as bad actors try to take advantage of expanded benefits available under the CARES Act.”

According to DEED there have been 5,000 reports of potentially fraudulent filings in the past month. They say they think they’ve caught 95 percent of the attempts – even before people reported it.

KARE 11 has heard from multiple victims. Within a day of receiving Vickie’s email, we were also contacted by a local police department who had taken in nearly 20 complaints about the same scam.   The CEO of a metro medical group said a number of their doctors had unemployment claims falsely filed in their names.

Dr. Kim Tjaden of Sartell says multiple doctors in her health group were also targeted. She, like Vickie, found out someone had filed unemployment in her name when she got letters from the state in the mail. She immediately reported the fraud on DEED’s website.

“When so many people are in need of true unemployment, it’s frustrating to me that people would be trying sabotage,” Tjaden said.

The DEED spokesman says they have tightened up their security after the initial warnings.

The victims all wonder: How did someone get the information needed to start a file? Each said they’ve been careful with their social security numbers and private information.

Hassold, the security expert, says unfortunately that info is easy to come by for criminals. “Data breaches have been all too commonplace these last couple years. And, honestly, most people’s information is out there on the dark market.”

So, what can you do?  If you receive an unexpected letter from the Minnesota Unemployment Insurance Program, make sure to report the fraud to the state.

If you think you may have been a victim of an identity theft scam, the federal government has prepared a checklist of things you need to do to protect yourself and limit the damage. Find it here:  https://www.identitytheft.gov/

If you have a suggestion for an investigation or want to blow the whistle on government fraud, waste, or corruption, email us at: