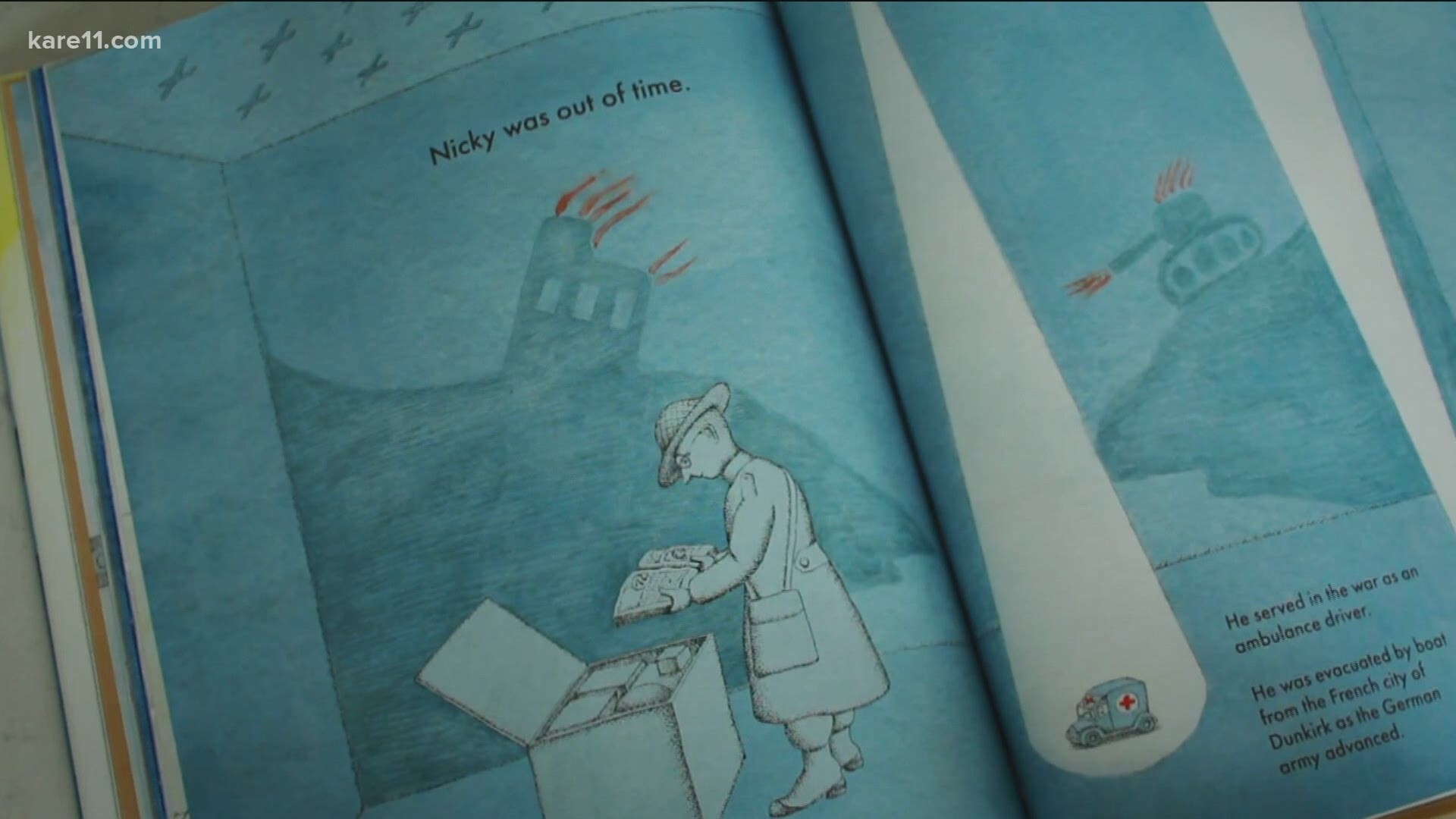 MINNEAPOLIS — After having spent years writing about the widely celebrated people in history, like Charles Darwin and Galileo Galilei, author, artist and illustrator Peter Sís decided to write about a silent hero.

"The story about Nicholas Winton was so good-- that it was very hard to think: how would I make a book about a man who worked for 3-4 months, saved 700 children and then he doesn't speak about it for 50 years," Sís said on Wednesday.

Nicholas Winton-- or Nicky, is one of the main characters of Nicky & Vera-- Sís' latest book about how Winton spent what was supposed to be his ski vacation working on evacuating and saving the lives of nearly 700 children in Nazi-occupied Czechoslovakia by putting them on trains to London.

Vera in the book, is Vera Gissing.

"She was one of the children on the train Nicholas Winton saved," Sís said. "Her childhood in the book was so ideal, because she had loving parents, she would be living in this small town, running in the countryside, and climbing trees, and she had no idea there was some danger coming from a distance, because Germany is just next door. Hitler and the Nazis were getting stronger and stronger."

If the story sounds familiar, you may have seen this clip from the BBC in the late 80s of the dozens out of hundreds of children Winton saved, surprising Winton on a TV show.

That moment is captured in Sís' book too.

He wrote that the 50 years of silence was for a reason because Winton believed he didn't need to be thanked.

"Nicholas Winton didn't feel the need-- he felt like the children were safe," Sís  said. "He always complained that he could have saved thousands of more, if other governments would have helped to ship the children out of the dangers."

Sís said it's important to reach all audiences, regardless of age.

"If it works, the book or the project can mean something to other people, and especially to children or to schools or society," he said. "The book will come out now in many languages. Now I'm also like--been doing this for so long, it's not about going somewhere and selling the book, it's not about that. It's about reaching somebody, I think we all feel it when we are in this dark times before the sun will come out again."

When it comes to education about the history of the Holocaust, Sís said he thinks education as a whole, is slipping.

"It's so shocking for me when so many people like me come to America because you're looking for society which will give you freedom, and no one would be judging you," he said. "I think it is the education, I think if people would take time and think about it this couldn't happen."

Mr. Winton passed away in 2015 at the age of 106. Vera is currently in the hospital but her daughter promised Peter that she will read her the book as soon as she can.

OTHER NEWS: Cloris Leachman, Oscar and Emmy winner, has died at 94