Spending more than two traffic light cycles on a median on a major arterial highway is now considered a 'petty misdemeanor.' 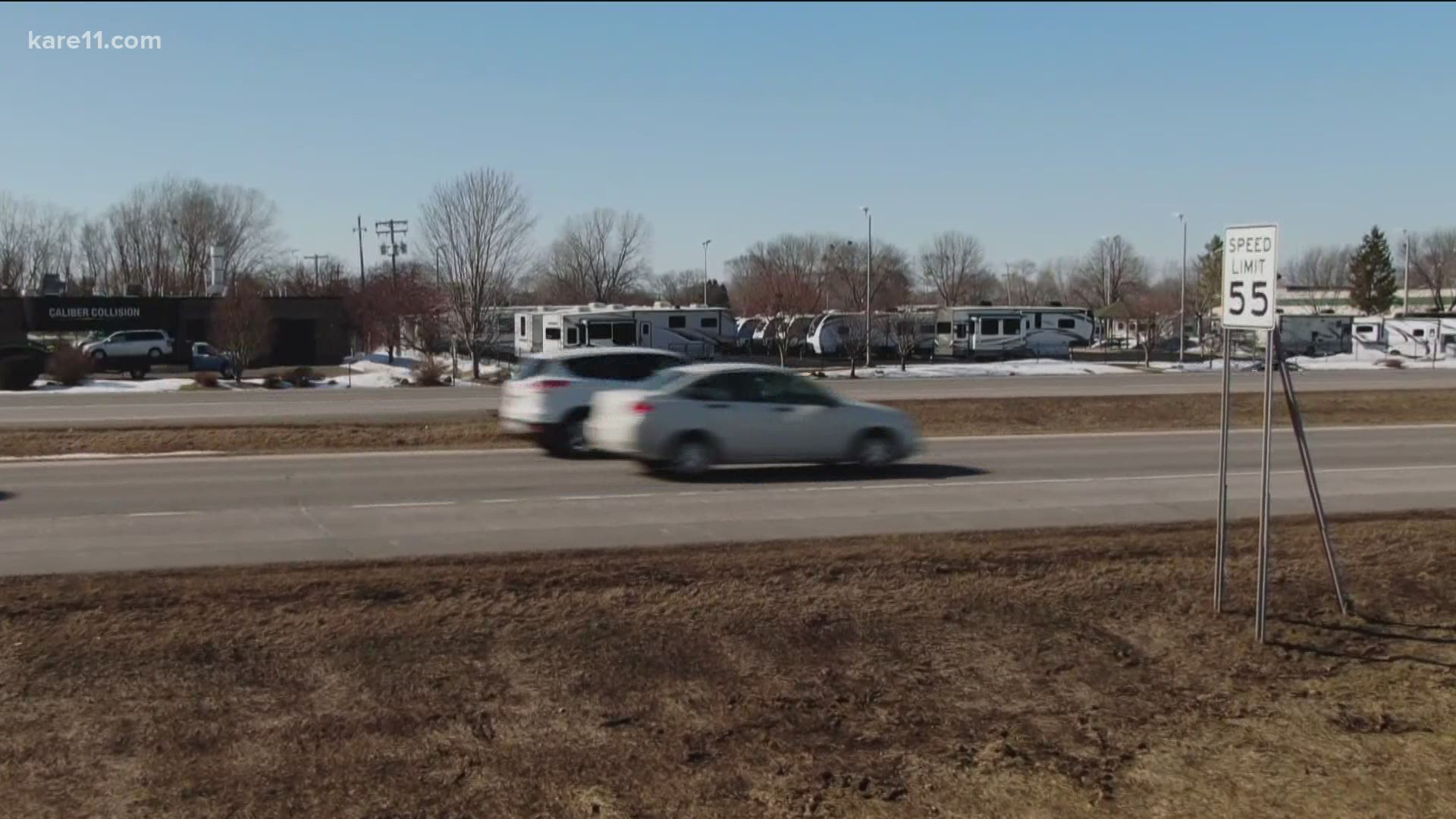 SPRING LAKE PARK, Minn. — Being a mayor of a growing city, means having to deal with some growing pains, according to Spring Lake Mayor Bob Nelson.

With increased traffic on these so-called arterial highways where speed limits are at least 50 miles per hour, Mayor Nelson said he thought the city needed extra traffic protection measures.

So on February 16th, the city council passed an ordinance 4-1 making loitering on a highway median a petty misdemeanor.

"Basically you can be in a median no longer than two traffic signals, the hand thing, that tells you when to walk- or it's a petty misdemeanor you know," he said. "So that's what we're trying to do-- just trying to educate them, we're not going to give out tickets right away."

Nelson said he's received some pushback on the ordinance.

"To me it was purely safety," he said. "I got a little bit of rebuttal because it was going to hurt panhandlers, and homeless people, which wasn't my intent."

"To me it was a low impact thing," he continued. "There's a lot of intersections we don't do this at, if they so choose-- if you're worried about panhandlers and that type of thing-- there's other intersections that they can go to that are not as deadly."

The mayor cited seven pedestrian-involved crashes between 2013 and 2017 as the main reason behind the city's rule.

He says three of the crashes were fatal.

"The intent wasn't to stop panhandling," he said. "The intent want to keep everyone safe. If that negatively affects them, in a ways, too bad. I don't want nobody living with a nightmare of hitting somebody and getting in a car wreck. There's a place to do this; any other place."

"We're extremely busy for the size of police force we have," he said. When asked if the ordinance would make the police force even busier with enforcement, he said in the long run, he's hoping it will do just the opposite.

"We're not going to target so much, unless there's a report, or we witness it, we'll educate them," Nelson said. "In the long run, we hope people get educated, we don't have to respond to it. Once they know about the ordinance, and our officers, first responders can go back to the daily business that happens every day."

RELATED: Enough COVID vaccine for every US adult by end of May, Biden says