Federal Reserve: It's not a coin shortage!

It's just a distribution problem, so smash those piggy banks. 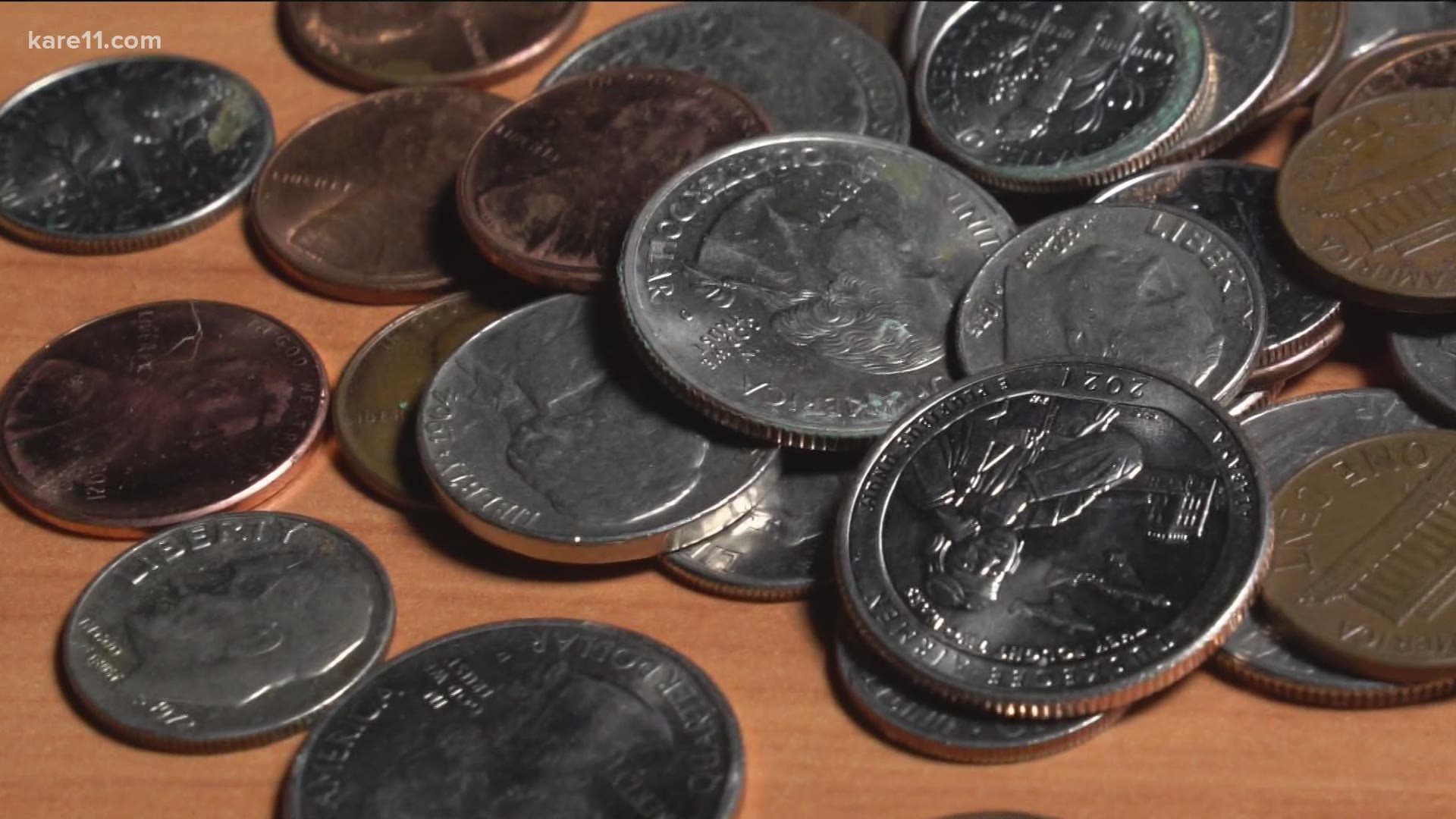 WEST ST PAUL, Minn. — During the pandemic, many people may have shied away from bills and coins, but there's a place where cash is still king.

"I tried to make everything even number, so it's easy to just pay cash," Chris Andrews said. That's the kind of tip that comes from a seasoned garage-saler. Andrews is known for her garage sales in West St. Paul. She's been doing them since 1989.

"I like meeting the new people and we have lots of returning customers," she said.

And the way she's been making her sales? Well, not much has changed in the last 30 or so years.

"We accept Venmo or cash, and most have done cash, we've had a few Venmo," she said of the new development. "Of course coins, the kids got some coins, quarters-- lots of quarters mostly."

As she did the interview, her two grandkids sat by their lemonade stand where they sold lemonade, cookies and lollipops.

That's where they came in handy, because the kiddos' side business was more lucrative for change.

"We had to keep borrowing quarters from them too, to give us, to give change here," Andrews said.

Seems like everyone could use a little change these days. However, this so-called nationwide coin shortage, is kind of a misnomer.

It's more like a coin sortage problem...as the U.S. mint isn't running short on supply, according to the Federal Reserve.

"Rather, the normal distribution channels have been disrupted by the pandemic," a Federal Reserve representative said in a statement. "The cause of the recent uptick in coin demand is believed to be a regular seasonal increase in demand, coupled with the third round of economic impact payments, and the higher need for coin for transactional purposes as the economy reopens."

Coinstar, a company that runs those coin-cashing kiosks said in a statement they estimate "approximately $18 billion coins are idle, likely in people's homes. Until consumers' normal coin recycling habits return, we may experience these coin circulation issues going forward, similar to last year, which will negatively impact consumers that primarily use cash at the point of sale."

Well, The U.S. coin Task Force says (yes there is such a thing), smash those piggy banks and shake out those jars. Because we need those coins moving.

"The kids love having their lemonade stand, in fact they made over a 100 dollars," Andrews said.

Seems like the kids get it. All those coins that they collected, Andrews said, the kids took them to the bank to have them exchanged for crisp singles.

Now that's the best way to rake in some ice cream money and help the U.S. Coin Task Force.

The U.S. Coin Task Force was formed in July of 2020 to figure out what the distribution problem was.