Abhinav Rai said he was always interested in space, and that he wants to be an engineer in the future. 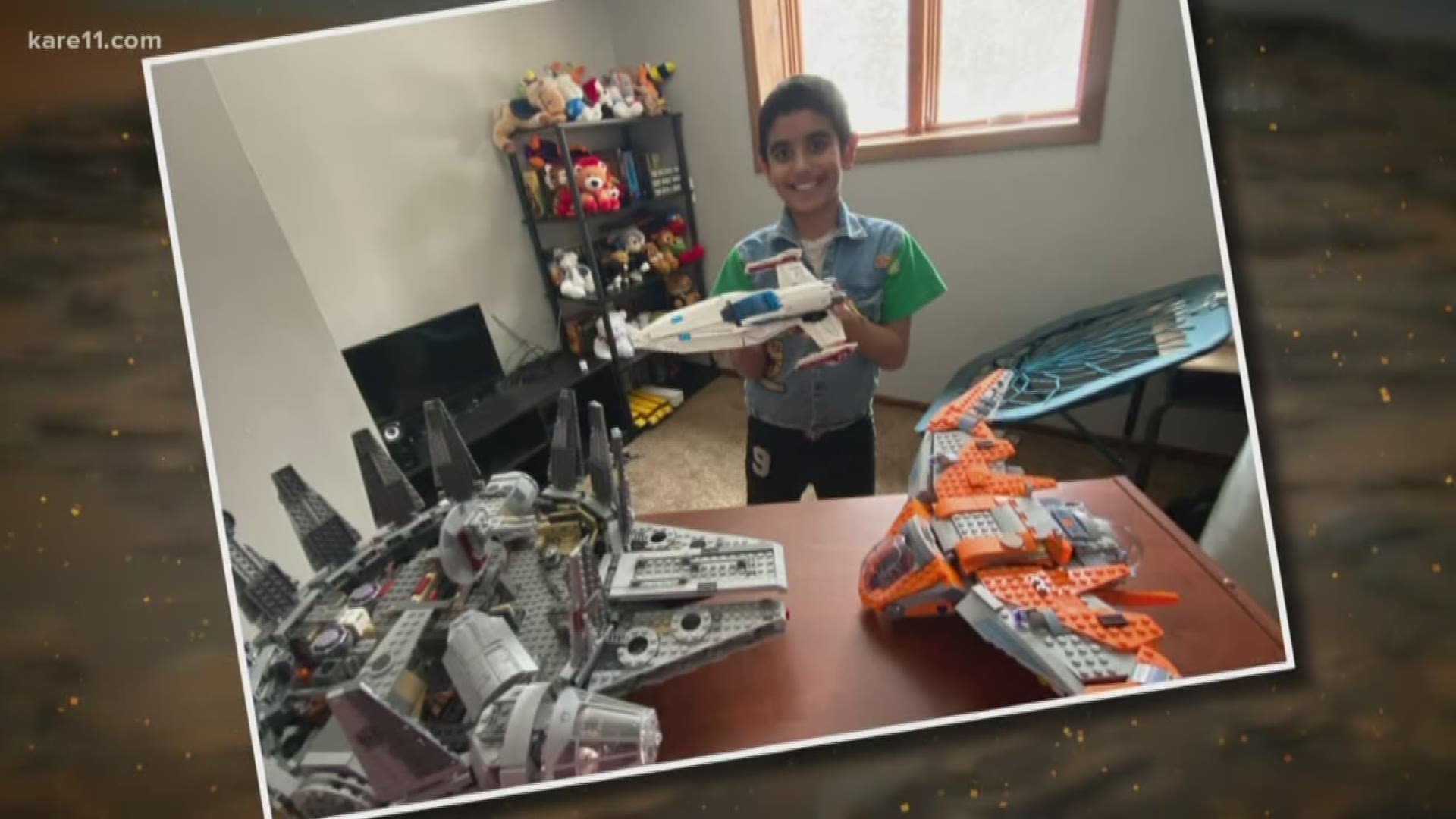 FRIDLEY, Minn. — NASA is launching a new rover to Mars some time this summer. Since we are less than 200 days away from launch, they decided that the rover needed a name.

That's where Abhinav Rai comes in. The Stevenson Elementary school 4th grader said he has always been interested in what's happening among the moon and the stars.

"I've always wanted to see if there was life on planets to like see and meet different things that are different than humans and what we're used to," Rai said.

Rai is a builder too. He said he spends his free time building things out of Legos. His creativity really shines through in his builds.

"When I grow up, I want to be an engineer, making rockets and rovers that NASA is going to send," he said.

Then he saw an opportunity to get one step closer to NASA.

"It was Name the Rover Contest 2020, so it was people would enter names for the new 2020 rover," Rai explained. "And then the numbers would keep on getting smaller until they chose one name for the rover."

RELATED: You can vote to name NASA's next Mars rover

Of the 28,000 entries world-wide, Rai became a semi-finalist, meaning he was the winner representing Minnesota in the K-9 age group of the competition. The name he chose: Humanity.

"I named my rover Humanity because I wanted to see if there was past life on Mars and if it's going to be sustainable for humans and other animals later on," he said. "And it shows the love and compassion that humans show to life on Mars."

His hope was that with a name like Humanity, Martians - if they do exist - would know we come in peace.

When asked if he thought the humans were being greedy by wanting to take over another planet, he said humans are running out of options.

Mars, according to Rai, could be our next hope. And coincidentally, hope is the thing that makes humanity, so human. Hope, should also be the thing we readily place in wise minds like Rai.

"The name gives a message of love, compassion and kindness and all the things good about the human race," Rai read from his submission essay. "I hope to travel to Mars one day, owing to the success of humanity."

Rai unfortunately didn't make it to the next round of the competition. The list is now down to nine total names. Rai said he will be voting for "Ingenuity." NASA said they will announce the winner in March.