What happened at our nation's Capitol has now been woven into the fabric of America's history. 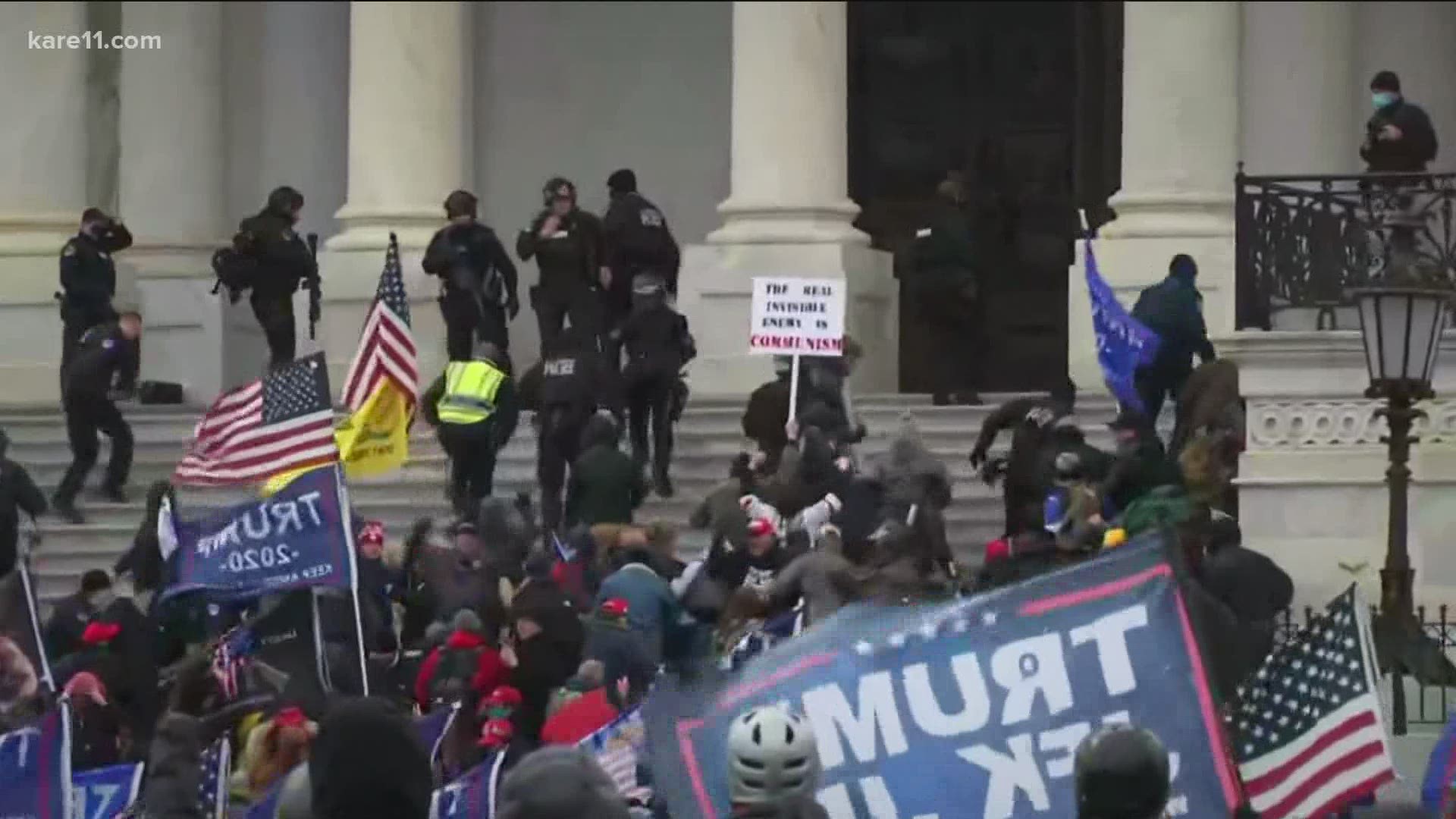 MINNEAPOLIS — What happened Wednesday at our nation's Capitol was nothing like we've seen before.

"As a historian, we always look for precedents, and I can certainly say that there's no precedent quite like what we're seeing right now," Bill Convery said. Convery is the director of research at the Minnesota Historical Society.

Convery said the last time a mob stormed the Capitol was during the war of 1812. Back then, it wasn't Americans who did it.

"Certainly not protesters flying confederate battle flags inside the U.S. Capitol, these are times that are really off the charts," he said. "As a historian and as an American, I'm really hoping for the best and hoping that we can get through these troubled times."

Plus, with modern technology yielding the way for tweets to become primary sources, Convery said it will be interesting to see what is collected and what is not.

"We simultaneously live in a more literate and more ephemeral society than we have in the past and there's so much information out there," he said. "Only a percentage of it is being preserved. It's going to make some really interesting reconstruction by future historians."

The phrase, 'history repeats itself,' well, Convery says we cannot take that lightly.

"We have certainly seen examples of extremism and mob violence and conspiracy theories and the kinds of insecurity that lead to these kinds of actions in the past," he said. "There's a lot there for us to consider as we look to the future but we always have to be careful about the past, any past we have is an interpretation and can be a very poor predictor of the future. A colleague of mine likes to say historians who predict the future is malpractice."

But the images and videos have made it around the world in no time. There's no taking any of those back.

"We've always been a shining light of democracy to other countries despite our flaws. but this is a pretty huge blow for America's reputation as a beacon of democracy," Convery added.

As for what this will look like in the history books, Convery stuck to what he had said before, that predicting the future just isn't a part of his job.

"I'm not quite sure I can say how future historians are going to interpret this because we don't really know how it will play out yet," he added. "We're still living through these times and I don't think we have the perspective yet to understand what lessons there are to learn. It's difficult for me to say how people will see this in the future because we haven't lived through the event yet."