Minnesota wastewater has predicted each COVID wave, including this one

The U of M is tracking COVID in sewage across the state, and using it to develop an early warning system. 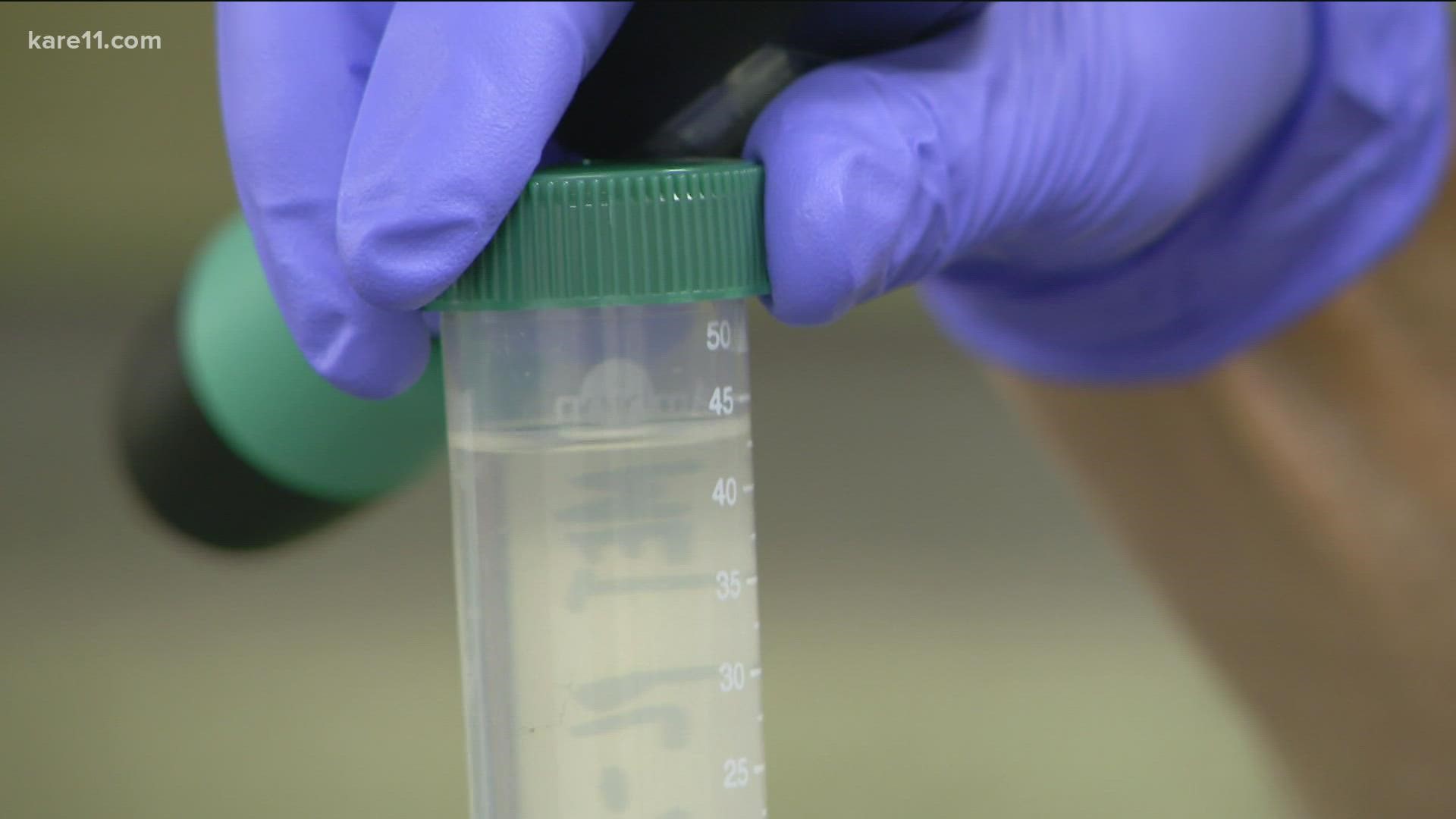 ST PAUL, Minn. — Inside an unassuming lab in St. Paul, tiny samples of RNA extracted from wastewater are helping the University of Minnesota develop a statewide COVID-19 early warning system.

"Both symptomatic and asymptomatic (cases), people who are tested or not tested, it doesn't matter," said Steven Balogh, a research scientist at the Metropolitan Wastewater Plant in St. Paul. "We collect it here and that's why we can see it."

Balogh has spent more than 30 years monitoring wastewater for mercury and other contaminants, but it wasn't until a research team from the University of Minnesota reached out to him last year that he learned how to extract RNA from wastewater in order to detect COVID-19.

It didn't take long for him to understand how significant that kind of testing could be.

"1.95 million people send their wastewater to us every day," Balogh said. "All of our treatment plants collect a daily, 24-hour, composite sample, so we know what's coming into our plant. We see the whole picture."

Similar testing has also been happening across a large portion of wastewater facilities across the state during the last year, thanks to the network developed by the University of Minnesota Medical School.

"We're sampling 65% of the population of the state twice a week with this technique," said Dr. Tim Schacker, vice dean of research for the University of Minnesota Medical School. "So it really, truly, has the potential to be an early warning system."

Kent Erdahl: "We talk about the term, canary in a coal mine..."

Though the predictive value of the wastewater testing is still under peer review and awaiting publication, the U of M team has repeatedly seen the same kind of early spike through each of the state's subsequent COVID waves in the last year.

Before the state's largest surge in the fall of 2020, a map of participating wastewater testing sites across the state again indicated a quick spike in cases.

Erdahl: "When you saw that map light up last fall, what were you thinking?"

Schacker: "We were headed into trouble."

Wastewater testing also alerted the research team to the smaller surge this spring, and then, around the Fourth of July, they began to track another sudden jump in COVID levels, which foreshadowed the current surge of the delta variant.

"That got a lot of us concerned," Dr. Schacker said.

Unfortunately, according to the latest two week wastewater snapshot, COVID levels do not appear to be leveling off.

According to an additional DNA sequencing study underway at the metro plant, the delta variant is even more prominent than levels indicated in human testing.

"Our numbers suggest that it's beyond 90%," Balogh said.

But what that ultimately means remains unclear, especially at this stage in the pandemic.

"What I don't know is, who is getting infected?" Dr. Schacker said. "We'll just have to wait and see. To me it's concerning."

In the meantime, the Minnesota Department of Health is now incorporating the wastewater data into it's planning. The CDC has also begun working to develop a nationwide network to help better inform public health.

"It gives them some time to get in there and stop things or slow things down," Dr. Schacker said. "That's the new, unique, really important part of this."

Important for the COVID-19 pandemic and likely far beyond it.

"We're going to start looking to see if we can measure influenza," Dr. Schacker said. "Ultimately, what we want to do is to look at all of the DNA and RNA that's in wastewater and see if we can tease out a new infection. One that we weren't expecting."

For Balogh, it's an exciting new frontier that he couldn't even imagine just two years ago.

"I think it's taken everybody by surprise," Balogh said. "But as scientists, we really do want to change the world. We want to make it a better place and we feel responsible when something like this happens. If I can help, how can I do that?"

In addition to predicting all of Minnesota's spikes in COVID cases, the wastewater surveillance has also foreshadowed each peak and corresponding drop in cases, which could also prove valuable to public health and local governments in the near future.