“If you watch the way the video works it builds up your emotion and makes you connect to these people.” 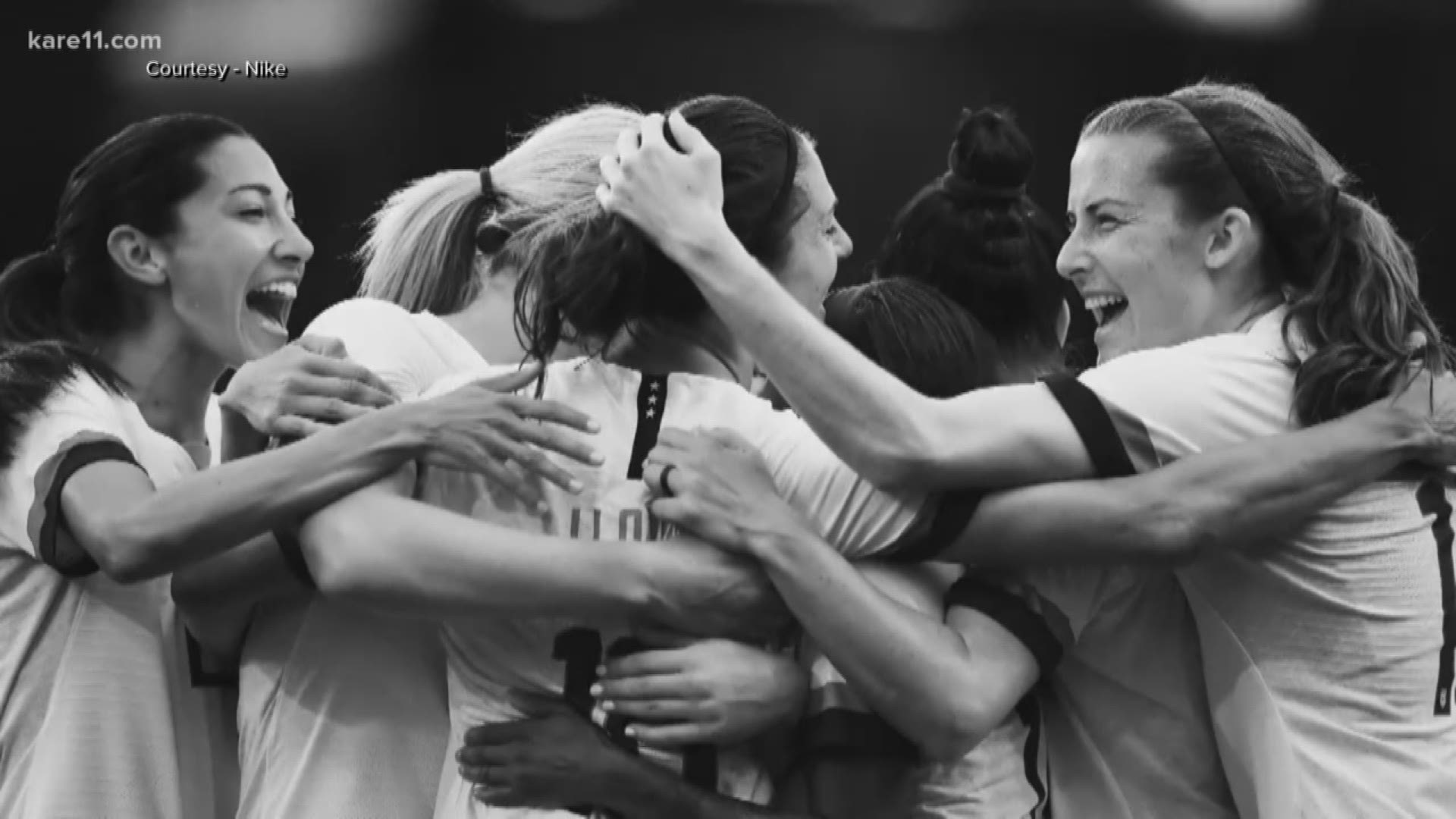 “I believe that we will be four time champions and keep winning until we not only become the best female soccer team but the best soccer team in the world,” the voiceover says.

“They have been very good at capturing the emotion at sporting events,” John said. “If you watch the way the video works it builds up your emotion and makes you connect to these people.”

George John is a marketing professor at the University of Minnesota’s Carlson School of Management. He says there’s a mix of classic marketing and a push for more. For example, the script plays on the fantasies of children who dream.

But then, the video takes a turn. Indeed, the one minute video highlights the women's dynamic win while underscoring the battle the team has led for equal pay.

“I will give Nike credit for this video because they don't make that the first thing,” John said. “It is a feel good moment and then they give you the message about what it might mean for the world at large who are not on the field.

It is a pretty clever way of bringing in the social issues instead of being front and center and saying, ‘you better be for the equal rights amendment.’”

John said the change in marketing is something that never would’ve happened 20 years ago. For example, when boxing heavyweight Muhammad Ali refused to be inducted in the U.S. Army companies no longer wanted to sponsor him due to the controversy. Despite the controversy, we currently see companies taking on social justice issues.

Along with Nike, other companies are using their platform to start conversations. For example, Procter & Gamble's "The Look" explores bias against black men in America.

“You see them bringing up social issues that don't really have to much to do with the product, John said. “It is a little bit more dangerous for businesses because half your customers may not like it. When I see you wearing a pair of Nike shoes, I may make a judgement about your political views which I wouldn't have done 15 or 20 years ago.”

John says companies have to find a way to satisfy consumers who may not agree with their stance on social issues.

“You have to be able to see your product and make people happy, give them a reason to want to wear your shoes and at the same time not alienate the people who may have a different point of view,” John said.