Testicular cancer: Why it's difficult to talk about, and why it's rising

One big problem here is talking about it. Men and boys joke about this body part all the time. And that stigma can seriously get in the way of the seriousness of the disease. 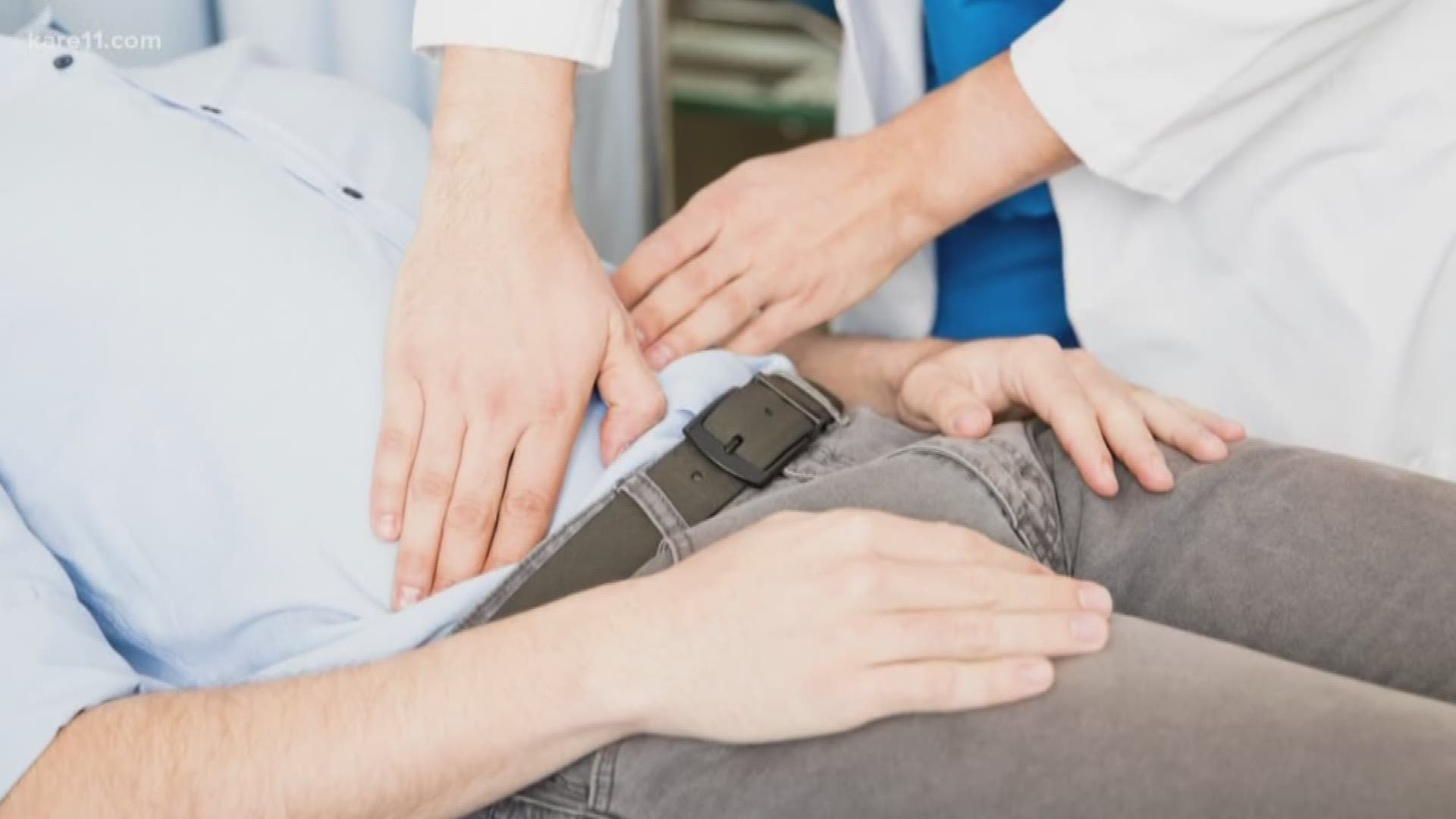 It is No Shave November, where we pay attention to men's health issues.

Tonight we are specifically talking about testicular cancer, one of the most prevalent cancers in young men.

One big problem here is talking about it. Men and boys joke about this body part all the time. And that stigma can seriously get in the way of the seriousness of the disease.

So, some might find parts of this report quite immature, uncomfortable, even inappropriate. If you don't want have the conversation about male body parts in front of the kids, now's a good time to earmuff it, go to the other room or find the mute button.

That said, here's our talk with U of M urologic oncology associate professor Chris Weight.

He says testicular cancer isn’t terribly common, but it’s the most common tumor that young men ages 20-30 get.

“About 95 percent are cured,” said Weight. “If you detect it, find it and treat it, most guys are going to cured, but the delay in diagnosis allows progression. Most guys, there's a delay because we are uncomfortable with the subject.”

Increased risk factors include men who had an undescended testicle or hernia as a baby, also infertility hormone use in mothers and family history of the cancer.

The easiest way to detect it is for men to self-examine their testicles.

“The official recommendation is to check about once a month in the shower. It's really simple and really straight forward and fast,” he said. “In that egg-like portion in the front, that should be smooth up and down the whole way and if you feel that it is smooth in one area and knobby or hard in another area, that is something you should have a medical professional look at right away.”

But there is something else going on. Dr. Weight says the testicular cancer rate has risen 9-10 percent in just the last 20 years...without a slam dunk as to why.

“The strongest evidence seems to be hormonal,” he said. “There's increased use of reproductive techniques and increase use of hormones in our food.”

But there's another theory as well. Cell phones.

“This particular study took sperm from 23 healthy men and nine men struggling with infertility,” he said. “Essentially they stuck a cell phone next to the bottles of sperm and had it on for several hours a day and watched it for a couple of days. …They noticed over a couple of weeks’ time there was a change in the morphology and motility of the sperm and these changes have been associated with infertility.”

However, Dr Weight says several other studies, including hundreds of thousands of men, have shown no correlation between cell phone use and testicular cancer rates.