The birthday you gave him

Thanks to the kindness of KARE 11 viewers, Jana delivered hundreds of birthday cards to a little boy on Friday, after nobody originally RSVP'd to his birthday. 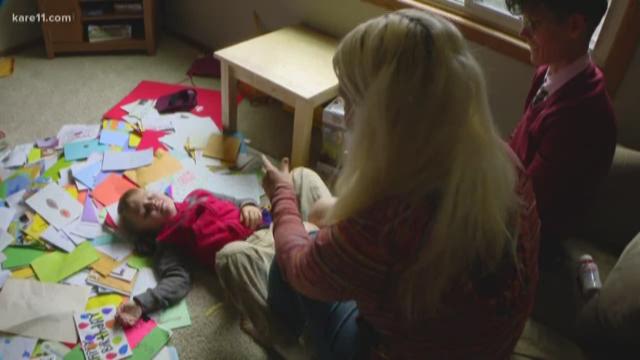 Instead of writing this story in a formal way, I thought I would just write it to you like a note.

So a little over a week ago I was just scrolling through Facebook during my workday, seeing what you all were up to, when I came across a post suggested to me by a friend.

The post was written by a mom in West Bloomington, and it was addressed to families in a neighborhood group there.

She was kindly asking any of them, if they had kids, especially if they had kids with special needs (like her son) if they could come to her son’s 7th birthday party on September 14th.

She was asking because when she and her family sent invites for her son Ethan’s party, no one RSVP’d.

She needed kids to come to her son’s party so he could see that he mattered, that someone loved him, other than his family.

So I quickly asked her, a stranger, online, if I could help.

I asked if she could come to KARE 11, maybe we could do an interview, maybe if we did that someone would send a card, maybe a few cards even.

We asked you for cards.

For the next 8 days you sent cards, by the hundreds.

Cards from Minnesota and Wisconsin came.

You were showing up for a little boy you had never met, in a way, I cannot describe.

On behalf of Ethan, and his family, I thank you.

You gave him a 7th birthday, he will never forget.

RELATED: Off you go: Parents give advice to their kids as they head off to their next challenge