BWCA campers caught in storm as trees topple around them

One camper says it's a miracle no one was hurt 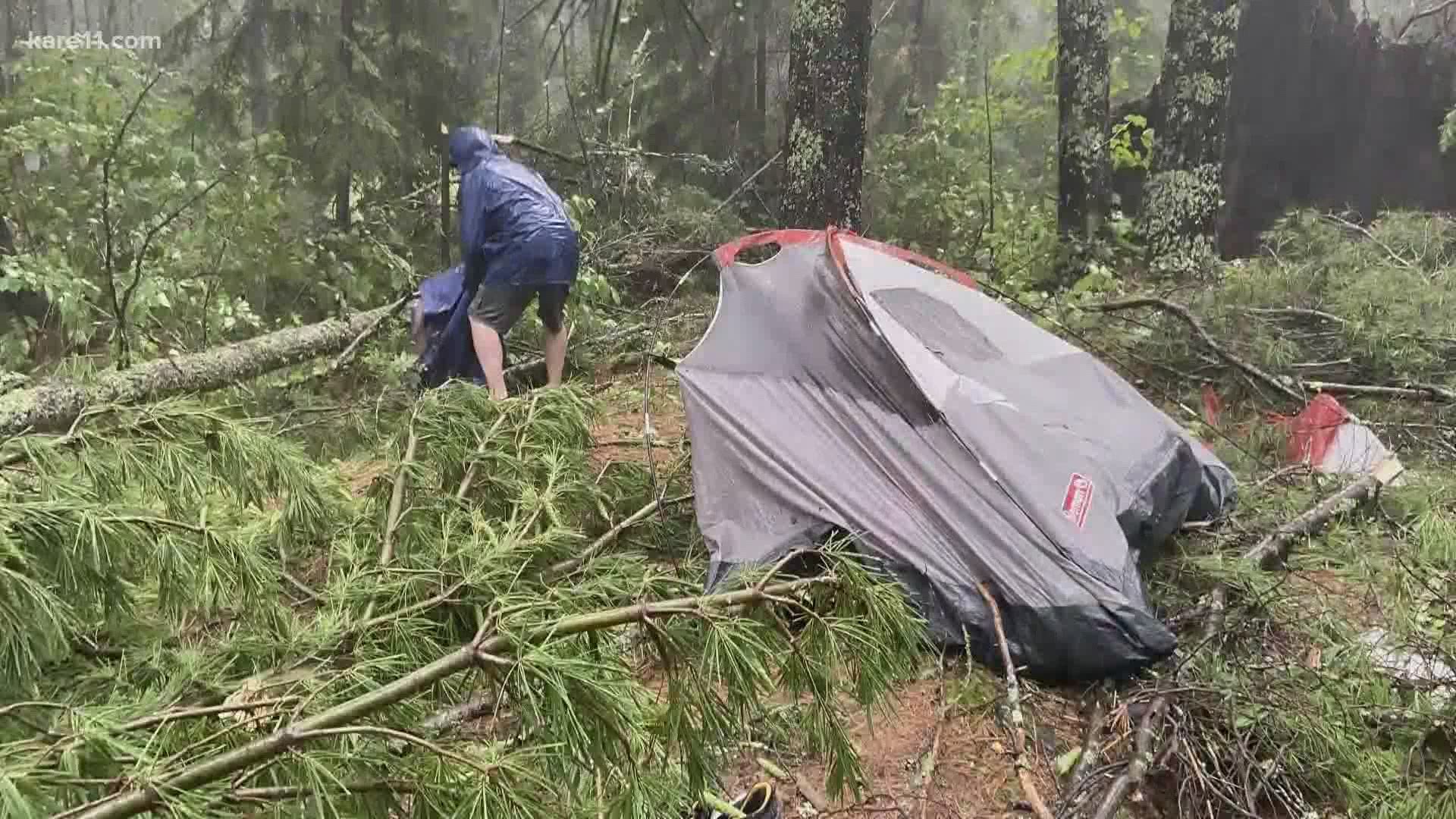 More adventure than they imagined.

“It is the fasted developing storm I have ever been a part of in my life,” Dave Bell said, nearly a week after the closest of calls.

The storm hit their campsite about 7:30 last Wednesday night.

“I would guess 60 to 70 mile an hour winds,” Bell said. “It felt like someone was blowing a fire hose at us and trees started to topple.”

Bell was hanging onto a tarp that picked him off the ground like a kite. “The tree snapped that the tarp was on and we had about 15, 20 trees snap, break, fall – a number of them twisted off their roots.”

Three of the campers had taken cover under the tarp – while six more ducked into two of the group’s five tents.

“Those two tents are the only two tents that didn't get fully damaged, the rest of them did. It's seriously a miracle,” Bell said.  “If that was a 3:00 in the morning storm or any other time at night, I think the instinct would have been to stay in the tents.”

A second, less severe storm, hit the camp a few hours later.  The next morning, the campers bailed out their swamped boats and got out of the BWCA, four days early.

“We've been up there 20 plus times as dads and have seen our share of weather, but in my lifetime, I've seen nothing of that level of that force and destruction,” Bell said.

“I don't want too many near death experiences in my life, but this was definitely one of them,” he said.  “We're very thankful, all of us are.”

RELATED: The US has already endured 10 weather disasters that exceeded $1 billion in damage this year