DNR K9 retires after 10 years on the job

Schody, a German Shepherd, has served as a DNR K9 Enforcement dog in northern Minnesota for the past decade. 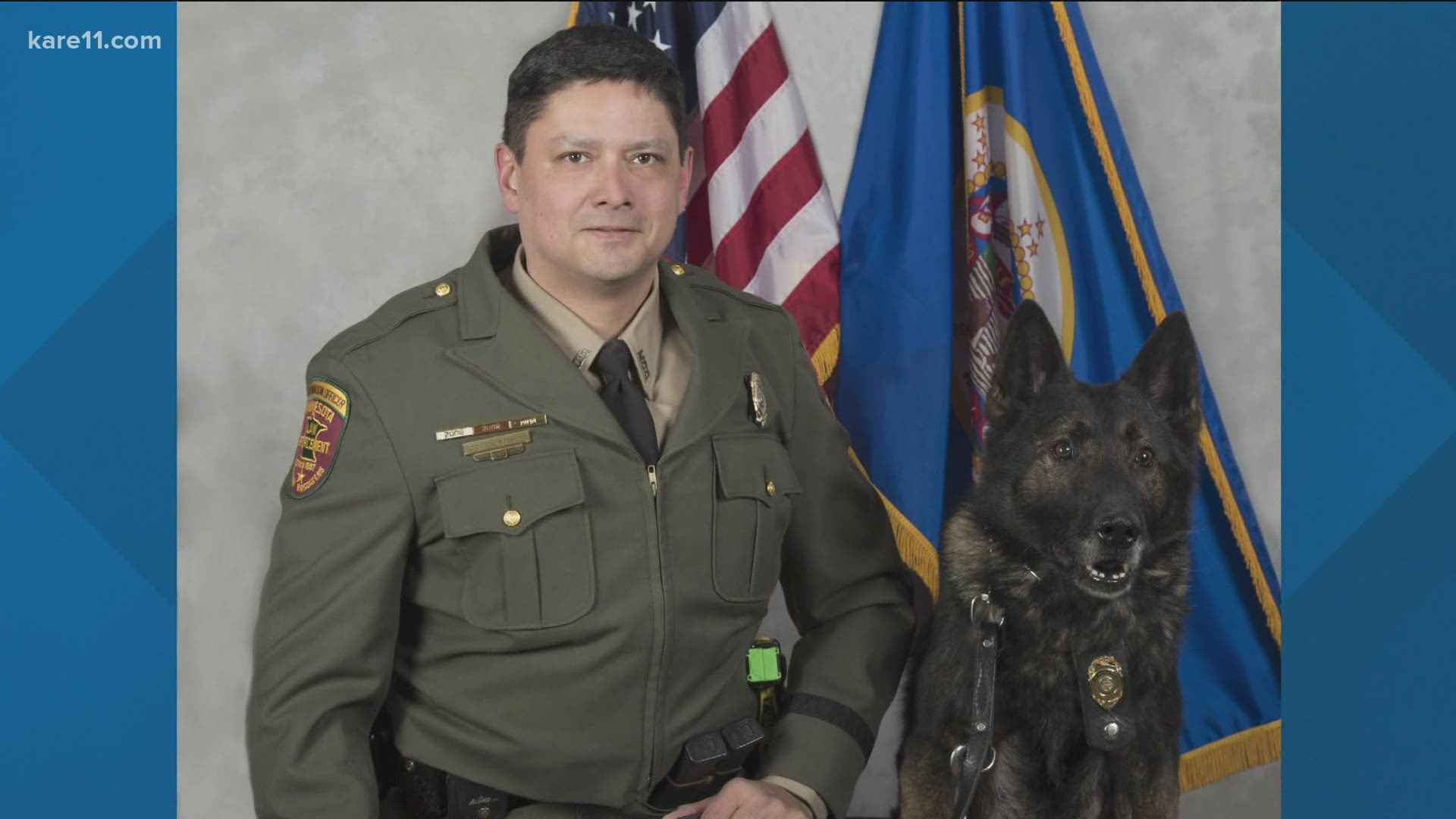 ST PAUL, Minn. — Schody the German Shepherd will have to learn how to take it easy, after 10 years on the job searching for people, fish, game, guns and ammo.

The DNR Enforcement K9 officer is retiring after a decade, which is a relatively long career for a working dog.

"I don’t want to retire him, but their physical ability eventually gives out and that’s the hard part about working dogs is they don’t last long," DNR Conversation Officer Scott Staples, Schody's partner, explained.

"Their working career is probably about seven to 10 years and Schody’s very fortunate to go to 10 years. He’s starting to suffer from a disease right now and it’s time for him to retire and just be a house dog."

Schody has lived with Staples his entire career and will continue to live with the Staples family in the Carlton area in his retirement. But there will be a period of adjustment for certain.

"For the last 10 years he’s gotten into that pickup truck with me, and he’s going to hate to stay at home. So, I’m probably going to have to wean him off that a little bit, take him to work once in awhile, to keep him thinking he’s still the big dog."

DNR Enforcement K9 Schody retiring after 10 years teaming with Conservation Officer Scott Staples. More on this story next on @kare11 News at 5 pic.twitter.com/W5piAABkkb

Officer Staples and Schody are one of six K9 teams working for the DNR. Some of the dogs are trained to sniff out zebra mussels at boat landings, but Schody is an expert at finding people, firearms and evidence of possible violations of fishing and hunting regulations in Minnesota

"There’s many, many different cases that he’s made. He’s been phenomenal for our agency," Staples said.

"I spend more time with that dog than I do with my own family. Let me put it that way, because he comes to work with me every day, my family doesn’t. And when I’m at home with my family he’s home with us as well. So, when you do that for the whole life of the dog the bond is pretty strong."

Officer Staples will be begin 16 weeks of training in February with Schody's replacement, another German Shepherd from eastern Europe named Fennec.