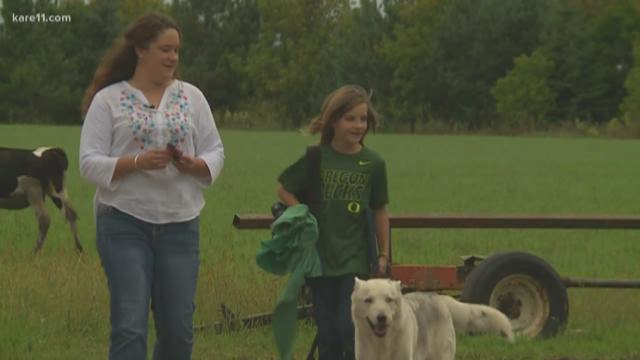 MORRISON COUNTY, Minn. — About five years ago, when milk prices took a devastating tumble, the overwhelming financial stress became a lot for Brenda Rudolph to handle.

And it began to take a toll on her mental health.

"When I was in that place," Rudolph said, "I didn't think I needed help."

But Rudolph would eventually come to realize that she did need help, and that there was nothing wrong with asking for it. She eventually decided to see a counselor and then started her "Raising a Farmer" blog, where she writes about mental health counseling and life on the farm in Morrison County.

Rudolph quickly found that her peers could relate.

"They reached out to me, because they wanted to share that they, themselves, sought help," Rudolph said. "So I think we just have to be more connecting of people."

This spring, University of Minnesota Extension announced the formation of a "rural stress task force" that will help connect rural Minnesotans to mental health resources. Particularly in low-population areas, transportation and counselor shortages can be major barriers to treatment. A new study this month also showed that nationwide suicide rates were 25 percent higher in rural counties.

So Rudolph is determined to keep sharing her story.

"We know where the resources are," she said. "And I think now, with farmers -- we want to take action."