My Brother's Keeper gives men a safe place not only to heal but also to help each other. 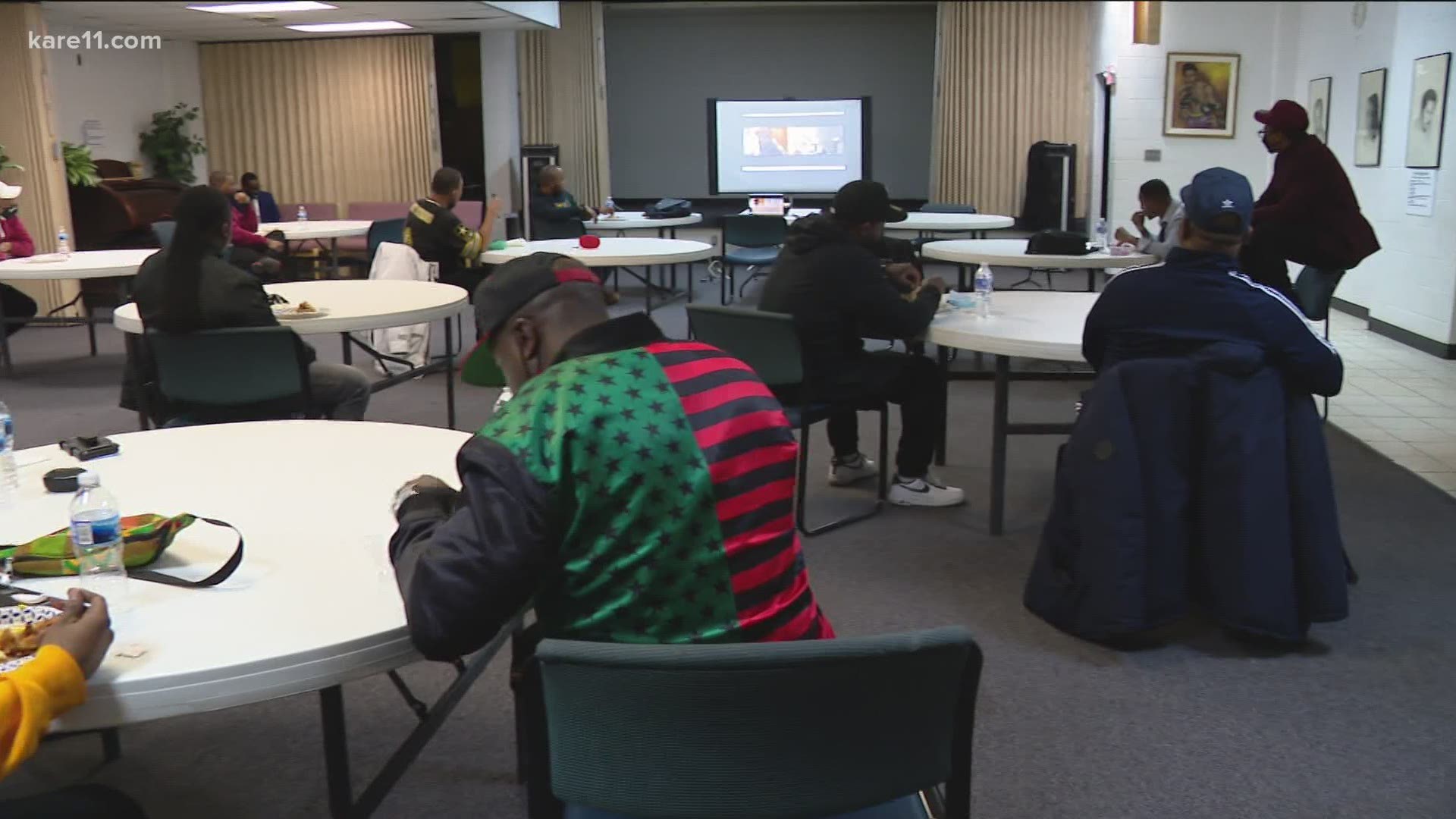 After seeing eyewitness Charles McMillian break down in court, participants like Teto Wilson needed this kind of support.

Wilson was an eyewitness to the 2015 shooting death of Jamar Clark.

When he watched the prosecution witness McMillian in court Wednesday evening, he considers the heart-to-heart conversation something much needed in the Twin Cities.

"You know, the older man, he started crying, and I am going to tell you, it literally forced tears out of my eyes," Wilson said.

George Floyd death eyewitness Charles McMillian just broke down in court during the Derek Chauvin Murder Trial forcing the judge to a trial break. McMillian witnessed start from finish and even impacted me watching his testimony! @kare11 @WTHRcom @LouRaguse pic.twitter.com/Wn3IVtsJgp

The chat is called "My Brother's Keeper." Using social distancing rules and requiring masks, Marques Armstrong organized the event after hearing from so many Black men suffering in silence — especially after seeing the new video of George Floyd alive moments before his death, which sparked nonstop calls to Armstrong.

Armstrong owns and operates Hope & Healing Counseling Services on West Broadway Avenue North. During the first two days of the calls, he found his voicemail at Hope & Healing full of messages.

"I had so many calls with the overwhelming theme of them saying, 'I am tired, I am frustrated, I'm angry, I am sick and tired of police killing us and getting away with it,'" Armstrong said.

Armstrong says My Brother's Keeper gives men a safe place not only to heal but also to help each other.

Ben Dossman believes his experiences can help others. He relocated to Minneapolis in 1999 and has had numerous encounters with police officers. Not all of them have been negative but some have.

"I am a little bit older, so I have been dealing with this a long time," Dossman said. "When I was younger, it was harder to deal with it. I want to talk to the young men about how you navigate through these feelings."

My Brother's Keeper organizers have planned more roundtable talks even after there's a verdict in the Derek Chauvin murder trial.