"I just hope people understand that they're not alone." 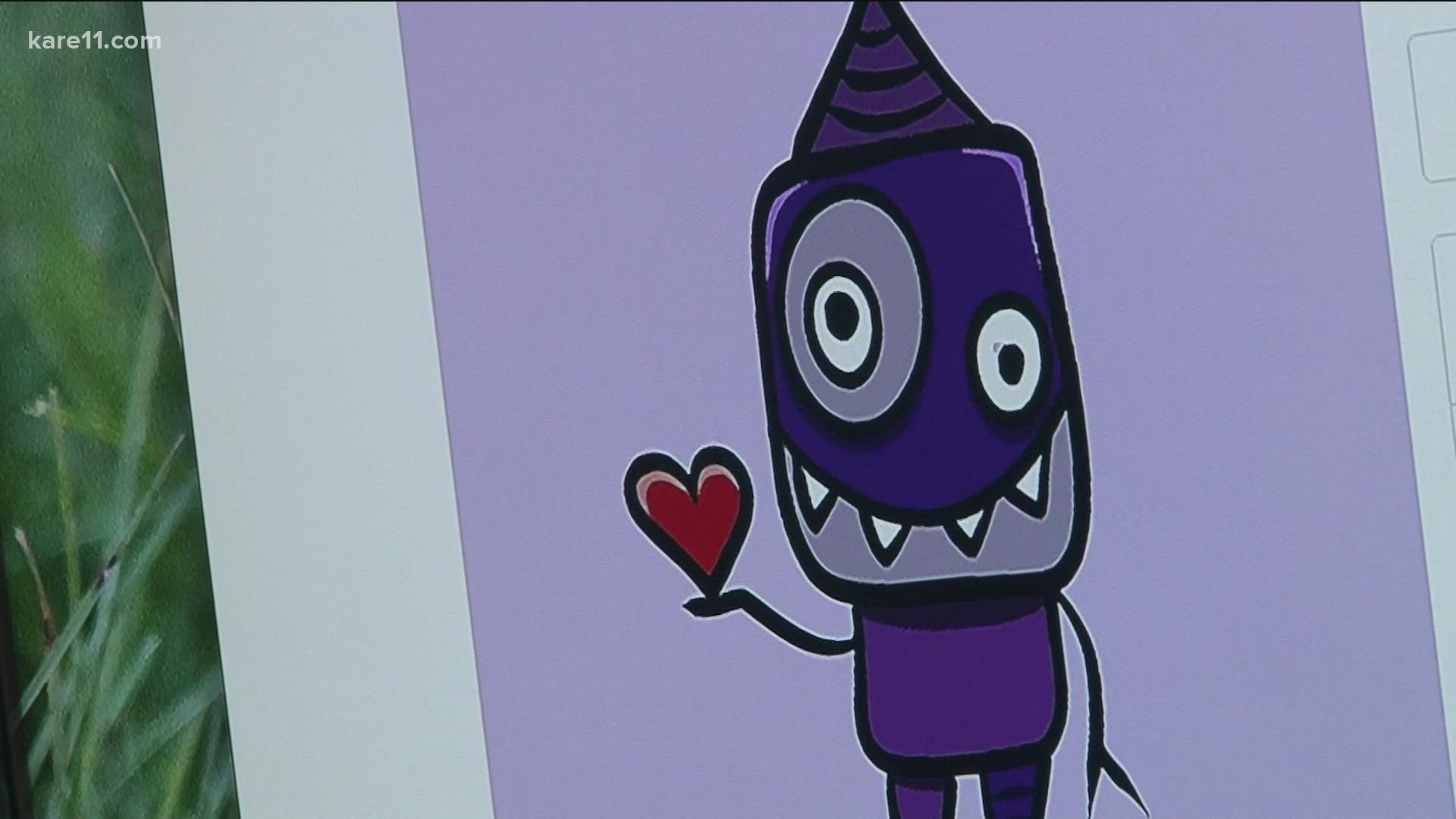 MINNEAPOLIS — Being a medical school student would be impressive enough, but it's what Carmen Aguirre does with her free time that really stands out.

The student at the University of Minnesota Medical School is also a video jockey, working music festivals with tens of thousands of people. Out of that work, she found another passion: art and animation.

In her latest projects, her worlds collide.

"The artwork is more just how I express my own experiences with mental health," she said.

"The whole goal of the project is to make people more comfortable talking about their mental state and their emotions," she said.

Aguirre began by listing all the emotions she wanted to include in one of her lab notebooks.

"Which is like, so med school of me," she joked.

Aguirre says her desire to promote mental health awareness came out of her time in medical school. She says during a hospital rotation, she noticed mental health patients weren't being met in the way she felt they deserved.

"There [were] people who were kind of like fighting over who had to take the mental health patients," she said. "I think for me that was so frustrating as a med student. I didn't really know what to do with that frustration, so I channeled it into making art."

Aguirre says during medical school she also started noticing her own struggle with mental health.

"Anxiety, depression. I think like both of them together," she said. "Some days it's so debilitating that you can't get out of bed. So, that's hard."

Aguirre sells her work as prints and as non-fungible tokens, or NFTs. She estimates she's made around $10,000 in sales so far.

10% of her profits are donated to "The Mind Deconstructed", a University of Minnesota podcast about mental health.

"I just hope that people understand that they're not alone," she said.

Aguirre plans to use the rest of the money to create a children's book about mental health. Fitting, because she wants to get into pediatric neurology.

You can find Aguirre's work here.

RELATED: 'OK not to be OK': Mental health takes top role at Olympics

RELATED: Therapists of color might be hard to find in Minnesota, but changes could be on the way