With the largest shopping and entertainment complex in North America in the metro, how do other malls in the Twin Cities stay successful? 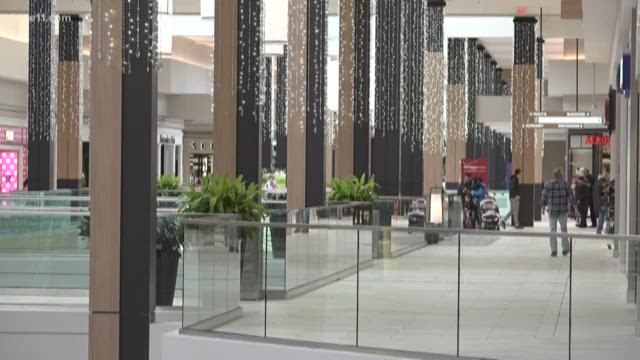 ROSEVILLE, Minn. - Do you still go holiday shopping at the mall?

This time of year, malls are trying to win over shoppers, especially with big stores closing across the country like Sears.

Staying fresh for shoppers is something Rosedale Center says its working to do.

"We are full of life and I think that's what this department store does for us," said Lisa Crain, General Manager of Rosedale Center.

The mall recently opened a food hall and the department store Von Maur. It's the second location for Von Maur in the Twin Cities. The first one can be found in Eden Prairie Center.

Crain says the store's presence has other retailers looking at possibly moving into Rosedale Center.

"I think it's important because it allows other retailers to see that we have activity going on, we're not dying as everyone is saying to us," Crain said.

Malls in the metro are not dying, according to Tom Fisher, a professor at the University of Minnesota who studies retail trends. In fact, he says, they're doing well.

In recent years, the Rosedale and Southdale malls underwent renovations. Ridgedale Center, too, when it added Nordstrom three years ago.

"Malls are doing well where the population is doing well economically," Fisher said.

He says weather also plays a factor, and ironically, so does Mall of America.

"Some locals may avoid the Mall of America just because it's so big and such a spectacle. As a national destination it has also encouraged people to come here who might not otherwise and I think there's a spillover effect that brings people to other malls," Fisher said.

With that ripple effect, it puts pressure on malls like Rosedale to up the ante to bring in new experiences in order to stay successful.

"I think it's always staying ahead of the trend and seeing what our customers are wanting," Crain said.

Rosedale Center is opening a new aquarium experience called SeaQuest in the spring of 2019.

5 scams to avoid this holiday season

Are we spending too much holiday shopping?